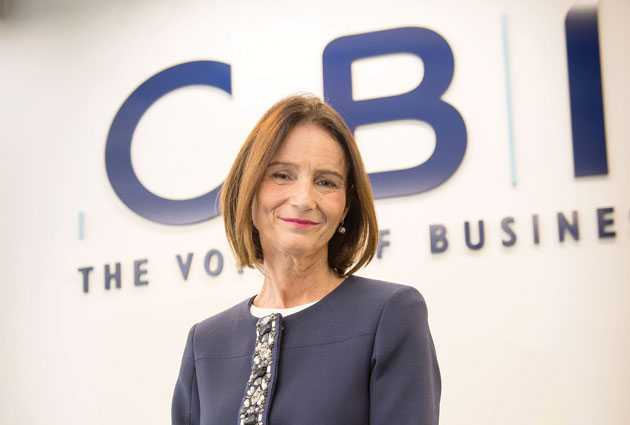 The government’s apprenticeship levy may lead to “significant” job losses, the new head of the Confederation of British Industry (CBI) has said.

Carolyn Fairbairn, director-general of the CBI, said that the 0.5 per cent levy could potentially lead firms to let workers go in an interview with the Sunday Times yesterday (December 20).

Ms Fairbairn, who became the first female director-general of the business lobbying group in November this year, said that unless changes were made, it was “inevitable there will be significant job losses” in some sectors.

The levy will be applicable to businesses with a wage bill of more than £3m from April 2017, and the government hopes it will raise £3bn to fund its target of 3m apprenticeship starts by 2020.

Ms Fairbairn said: “There is a gulf in the government’s understanding of what it is doing here and the impact on sectors like retail and its most vulnerable employees.”

She added that companies are already dealing with the higher national living wage, which starts in April, as well as higher pension costs and a lack of reform for business rates.

Her comments came alongside the release of the CBI’s 18th annual survey, which found that while one in six businesses (16 per cent) believe the new apprenticeship levy is the right approach to address the UK’s skills challenges, almost half (47 per cent) expect it to be costly and bureaucratic.

The survey included 342 respondents employing around 1m employees, and was carried out between August and October 2015.

In response to the findings of the survey Ms Fairbairn said that “skills shortages remain a problem”, adding that “both the Government and businesses must contribute to building a higher skilled domestic workforce”.

On apprenticeships, she commented: “25 per cent [of survey respondents] plan to increase recruitment with 6 per cent planning to reduce it, leaving a positive balance of +19 per cent respondents looking to recruit next year, and more than a third want to see employers given greater control over the levy.”

However, she clarified that the survey was carried out before more details of the apprenticeship levy were confirmed in the Autumn Statement on November 25.

At the time, Ms Fairbairn commented that the levy would be a “significant extra payroll tax on business”, but she welcomed “the creation of a levy board to give business a voice on how the money is spent”.

The levy will fund £900m of apprenticeship spending and comes with a new employer-led Institute for Apprenticeships, which will set standards and quality.