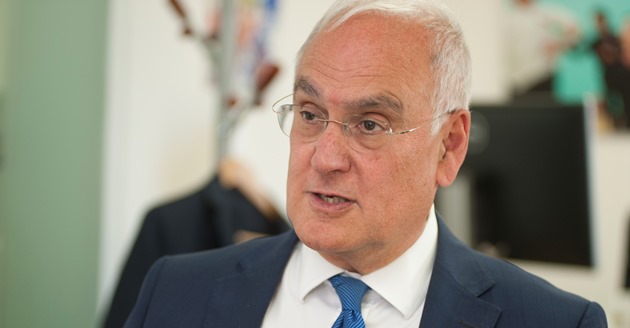 He spoke of his support for the apprenticeship levy and said that a clearer structure for delivering apprenticeships at a local level was needed, in a speech at the British Chambers of Commerce Business and Education Summit, in London, yesterday (December 10).

“I believe the passporting of training funding and the new business levy is a step in the right direction. It should work to focus minds, encourage business to think carefully about their needs and take ownership of what is delivered,” he said.

“You as employers have got to take ownership. There needs to be a recognised structure to deliver apprenticeships at a local level.”

Sir Michael also questioned why different Chambers of Commerce branches across the country were not working with the Confederation of British Industry (CBI) to organise and identify the needs of different regions.

He said that a “joined-up approach is needed, not only to help small and medium-sized enterprises with the process, but to establish where the skills gaps are and to ensure we get the best fit of apprentices into vacancies”.

“If this isn’t done, the ambitious apprenticeship programme will come to a grinding halt,” he added.

Sir Michael challenged his listeners to organise themselves better, by putting “structures in place” to avoid “major problems in recruitment” in the future.

He added: “You need to do your bit by getting more involved and becoming active participants in schools, colleges and vocational training.

The challenge to employers largely echoed the message Sir Michael delivered to business leaders at the Confederation of British Industry (CBI) West Midlands education and skills conference in October, when he, for example, told them: “This is my challenge to you, organise yourselves, it’s no use waiting for others to put structures in pace and then bemoaning the progress made. Use your networks and knowledge to find solutions.”

Ofsted’s annual report, released a week ago (December 4), highlighted poor progression rates from traineeships to apprenticeships and a lack of “high quality training” through apprenticeship programmes run by colleges and independent learning providers.

In response to Sir Michael’s speech, Marcus Mason, head of business, education and skills at the British Chambers of Commerce, said: “Chambers across the country are very involved in brokering and in some cases delivering apprenticeships. In 2014 we brokered and delivered over 5,000 apprenticeships across our network.

“We agree that working with a broad base of businesses and business groups is important and to some extent that’s already happening – we’re working with the Federation of Small Businesses (FSB) to run events in different part of the country promoting the benefits of apprenticeships to small and medium-sized businesses. I think it essentially it is something we are doing; we work with other business groups on this agenda.”