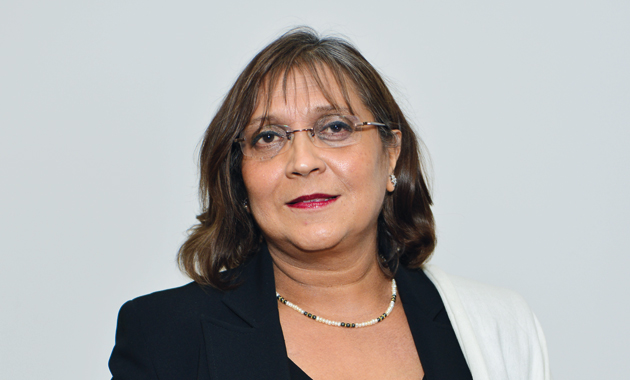 The Network for Black and Asian Professionals (NBAP) is to close “due to lack of funding,” FE Week can exclusively reveal.

Its chief executive, Rajinder Mann OBE (pictured above), delivered the blow to members today and said closure was the “result of the current political environment and the austerity cuts in the public sector”.

In a heartfelt letter, she wrote: “It is with deep sadness and regret that I am writing to inform you that the NBAP board has reluctantly resolved to close down the NBAP organisation and dissolve the company.”

It comes just months after Ms Mann outlined in FE Week how the NBAP was struggling financially amid question marks over the promotion in the sector of black, Asian and minority ethnic (BAME) principals.

But, said Ms Mann, ever-tightening public purse strings meant “organisations which we have previously worked with over the past two years have not renewed their contracts, either due to their own lack of finance or not seeing the importance of positive action work for race equality”.

“Despite numerous attempts to mitigate closure by cutting our staff and costs to the bone we can no longer sustain the organisation,” she wrote.

“Over the past year we have attempted to find a partner organisation which might ensure the sustainability of our work but this has been without success, as the core issue of funding remained.”

The Wolverhampton-based organisation was set up in 1998 to address under-representation of black staff in FE, particularly in teaching, management and senior positions.

Ms Mann listed a number of achievements since then, including winning the Queens Diamond Jubilee Volunteering award for the 13-year-old Black Leadership Initiative (BLI) mentoring programme and engaging “one third of the FE sector leaders as BLI mentors”.

Ms Mann, who took over as NBAP (previously called the Network for Black Professionals) chief executive in 2013, described the closure as “hugely regrettable”.

“The NBAP has punched above its weight since 1998 and it has made a profound difference to the lives of many individuals and stakeholders, not only in the FE sector, from where it emerged, but also across a range of public, private and third sectors, including schools, universities and the Civil Service,” she wrote.

“The work has significantly increased the number of black principals, head teachers and middle managers in FE and schools over the last decade, a figure that cannot be matched in other public sector bodies.

“Most importantly over the last eighteen years, we have provided support and guidance on race issues for both individuals and organisations.”

She said the NBAP had “won hearts and minds, engaged both black and white staff across education and beyond in order to ensure that the race equality agenda was being addressed”.

“Our vision of being the collective voice for black staff providing professional development activities to unlock their talent has been significantly achieved, enabling the FE and other sectors to make progress in diversifying their workforce at all levels,” wrote Ms Mann.

“Although the NBAP will be closing, the important work on race equality has not ended.  More than ever before, there will be a continuing need to increase race awareness, to combat prejudice and to develop role models for our staff and all our learners.”

The NBAP’s final annual meeting is expected to take place at the Association of Colleges annual conference on Tuesday (November 17) at the ICC Birmingham between 2pm and 3pm.