The Skills and Post-16 Education Bill had its first of two ‘report stage’ debates last night in which the upper house began to debate amendments. The next debate is scheduled for Monday October 18.

The government’s owned amendments to the bill sailed through without division. These included a new requirement for local skills improvement plans (LSIPs) to be required to consider the training required for jobs that contribute to carbon net-zero, climate change and biodiversity targets. This followed lobbying by the group Peers of the Planet who had their own amendment on LSIPs essentially subsumed by government ministers.

Also on LSIPs, opposition peers were successful in passing an amendment which ensures the plans are developed in partnership with FE providers, local and combined authorities.

The most passionate speeches were heard in a section of the debate on a series of amendments that would make it harder for the government to pursue its plans to remove funding for level 3 qualifications, like BTECs.

Senior Conservative figures spoke out against the government’s proposed reforms to the level 3 qualifications landscape in which qualifications that overlap with a T Level are set to be withdrawn.

They called for the government to be prevented from withdrawing approval for level 3 courses for four years to ensure T Levels are “fully embedded and accepted”.

Former Conservative universities minister, Lord David Willetts, said: “The government are clearly committed to T Levels and all of us on all sides of the House have said that we want them to succeed. However, they should succeed on their merits, not because viable alternatives are removed by government.

Former Labour education minister Andrew Adonis remarked that “we are being invited to legislate to abolish the qualifications which people sit in favour of qualifications that are only just at this moment being introduced”.

Conservative education heavyweight Lord Baker of Dorking slammed the bill for lacking policy, describing it as an “unconstitutional enormity” because it simply contained mechanisms to deliver on policy, rather than allowing for debate on policy itself.

Turning to the policy itself, Lord Baker eviscerated the government’s level 3 plans using the Department for Education’s own equality impact assessment which said they would have a stronger negative impact on black, Asian and minority ethnic and disabled students.

The job of responding on behalf of the government fell to Baroness Barran, the newly appointed DfE minister in the Lords. Barran pointed out that assertions that all BTECs would be scrapped were “simply not correct” and reminded the house that applied generals that meet a new quality criteria and that provide skills that T or A-levels can’t, may be allowed to continue.

The bill will be amended further on Monday October 18 and will be debated by MPs in the House of Commons later this year.

Ministers and peers are trying to add in changes on sixth forms, careers advice, and local skills plans 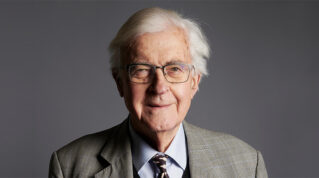 The former education secretary is seeking to amend the Skills Bill to 'oblige' schools to stick to the Baker...