Skills advisory panels (SAPs) could be given a role in influencing which courses will be prioritised and funded in their area.

Little is known about the 36 SAPs, but FE Week understands that the government is working on secondary legislation, an FE Bill, which would change that.

The panels were heralded in the Conservatives’ 2017 manifesto as a means of “dealing with local skills shortages and to ensure that colleges deliver the skills required by local businesses”.

The FE Bill could mean colleges and providers lose ultimate power over deciding which courses are run, with SAPs providing critical advice to national and local government over the sectors prioritised in their region.

SAPs could, for example, advise that the government prioritise funding for classroom and apprenticeship engineering courses at the expense of courses in media and the arts.

And should such a move take place, it would be welcomed by the representative body the LEP Network, which said that, based on the data that has been produced by SAPS, connecting them to apprenticeships is “smart thinking and a natural development of exploiting LMI to help focus on areas of employer need – and that can only be a benefit to local communities”.

The Department for Education has insisted that while SAPs have a “vital role in helping raise the profile of apprenticeships with local employers and providers” and an unofficial role in informing provision locally, “there are no plans to involve SAPs in the apprenticeship standards process in the future”.

Industrial strategy: “SAPs will have real, meaningful influence over the provision of education and training for those over the age of 16”

SAPs were the brainchild of Theresa May’s government and featured in its 2017 industrial strategy, which told of how SAPs would produce “rigorous” analysis of the current and future supply and demand for skills, and help areas “form a clearer understanding of their skills requirements”.

This could then be used by colleges, universities and other providers to help fill employers’ skills needs.

The analysis is also intended to help direct investment in preparation for local providers to roll out T-levels, and by careers advisory facilities such as the National Careers Service and the Careers Enterprise Company to inform their local activities.

The strategy envisaged SAPs would have “real, meaningful” influence over the provision of education and training for those over the age of 16, and they would work with MCAs and LEPs to establish the best way of ensuring that influence is effective.

Intended to be made up of between 15 and 20 members from providers, employers and local authorities, the SAPs were structured around 15 technical routes identified in the government’s 2016 Skills Plan, which includes such areas as construction, digital and social care.

Mayoral combined authorities have broadly tacked to the government’s recommended approach to SAPs: a group featuring leading local politicians and representatives from business and education running LMI and analysis to inform careers education and skills strategies.

The Department for Education announced in 2018 that each of the 36 SAPs would receive £75,000 to help them analyse their current and future skill needs – £2.7 million was given out overall.

The money, which was handed out in April 2019, had to be spent by March this year and was to be used to hire additional analysts, train up existing analysts and undertake more analysis to establish employers’ needs.

Most MCAs that FE Week spoke to had used the money for these purposes.

Yet there has been criticism of SAPs’ role and their output: the data supposed to power their deliberations would be “weak” or even nonexistent, Professor Ewart Keep from the Centre for Skills, Knowledge and Organisational Performance wrote for FE Week that same year.

This is evidenced by colleges’ “sporadic” use of LMI, as reported by labour market analysts Emsi. Their director of further education John Gray said some providers regard the data as merely a “tick-box exercise” to please Ofsted.

SAPs were also given no financial levers to affect change in provision locally, Keep said, leaving their ability to make fundamental changes in provision “probably close to nil”.

And although SAPs were given pride of place during May’s leadership of the Conservative government, little to no mention was made of SAPs in the party’s 2019 manifesto and little else has been said about them while Boris Johnson has been prime minister, until now.

How have skills advisory panels worked across the country?

This SAP, the Education, Employment and Skills Partnership Board, has a bumper membership of 23 people; featuring representatives from FE colleges, schools, independent providers, local politicians, departments like BEIS, DfE and DWP, the voluntary sector and employer representative organisations, who meet quarterly.

This SAP has been developing analysis which has helped shape the investment in programmes such as Routes to Work, careers education, and apprenticeships.

In the future, the authority says it will be carrying out further analysis to define current and future skills requirements.

The WMCA’s SAP, the Skills Board, is a 16-strong body which meets twice a year and is chaired by the authority’s portfolio holder for skills.

It is looking at using the £75,000 to examine a range of learner journeys to identify critical success factors and the courses that lead to good outcomes.

The SAP believes this would help improve learner journeys within and between providers.

Thirteen members make up this SAP, known locally as the Employment and Skills Board, including business representatives, an independent training provider, a higher education representative and two from the FE sector.

It is intended they will meet bi-monthly after they held their first meeting in December.

They have used the funding to draw on expertise from Cambridgeshire County Council’s data analysis team and have already done some analysis of skills supply and demand.

The GLA’s SAP is the Skills for Londoners Board, which has 16 members led by the deputy mayor for skills and featuring representatives from the city’s boroughs, sector organisations such as the Association of Colleges, and the world of business.

The board, which meets quarterly, spent their £75,000 on hiring economists and a data analyst, who has been developing the skills and development sections of the GLA’s local industrial strategy, which is due out early this year. 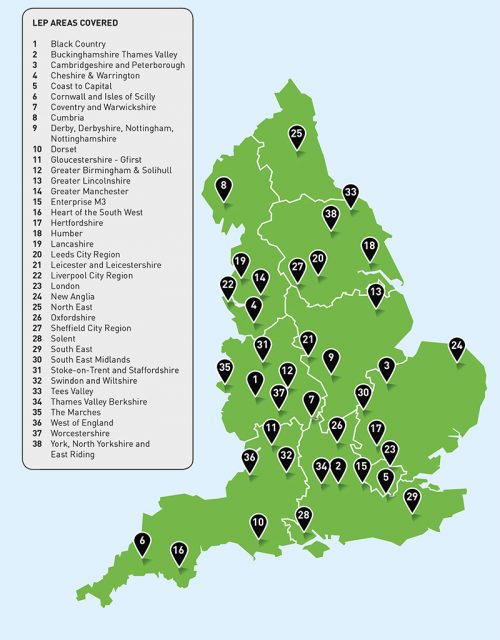