While FE Week has reported extensively on UTCs’ ongoing struggles to recruit students, this is the first time the huge debts they’ve racked up in the process have been made public, courtesy of a Freedom of Information request shared with FE Week and our sister title FE Week. 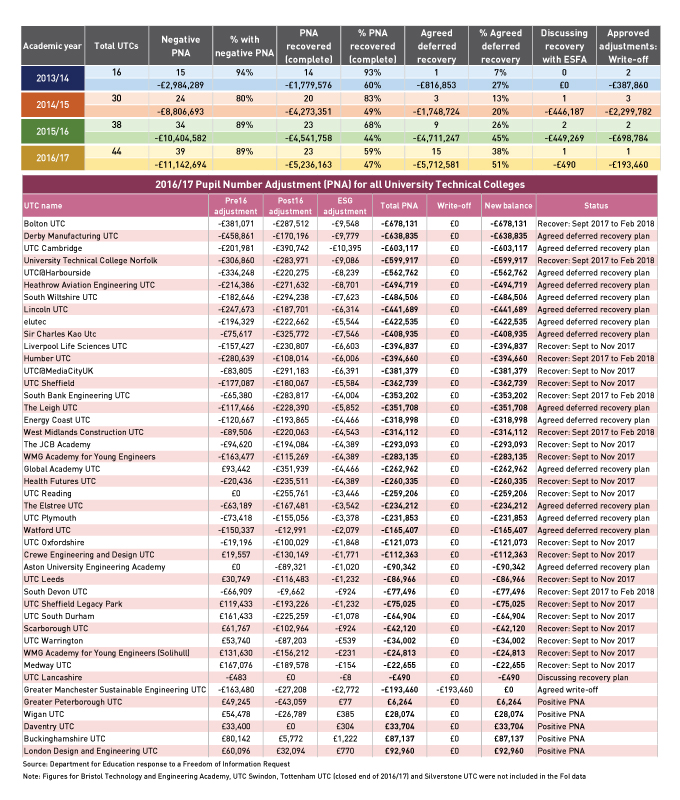