Colleges face “severe financial penalties” if they exit gas contracts with Russian-firm Gazprom, with warnings they face “jumping out of the frying pan into the fire” as energy prices soar.

At least one college and several academy trusts began seeking urgent legal advice this week on whether they can cut ties with the energy firm following the Russian invasion of Ukraine.

One council leader said it was “immoral” for public bodies to financially support the Russian “war machine”.

But sector experts warn backing out of contracts is “difficult”. Even if they do, schools and colleges face potentially taking millions of pounds away from education to pay for new deals at much higher prices.

At least one college is attempting to navigate legal quagmires over cutting ties with Gazprom.

Greater Brighton Metropolitan College signed up with Gazprom in November 2021 and is contracted with the firm until 2025.

The college confirmed it is in the process of reviewing its contractual obligations in light of the war in Ukraine.

But a financial penalty for leaving the contract early is one “potential issue” which is being weighed up, a spokesperson told FE Week.

Graham Burns, education partner at law firm Stone King, said the “current situation in Ukraine would not be a lawful reason to terminate contracts”.

Organisations would have to “consider carefully the terms of their contract and any breakage costs which would apply”.

Tim Golding, head of strategic partnerships at Zenergi, which supports 3,000 schools and 25 colleges to find energy deals, said there are particular problems for those on fixed-term contracts.

“In most cases, it is not possible to come out of given the contractual obligations that were agreed at the point the contract was secured.”

Termination charges would run into the thousands, he added. Organisations on flexible contracts have a “higher chance” of being able to cut ties without huge fees.

Golding estimates that around 20 per cent of colleges in England use Gazprom as their energy supplier.

Julian Gravatt, deputy chief executive at the Association of Colleges, said colleges spend 2 per cent of their budgets on energy “so this just adds to a financial problem”.

“But obviously the war in Ukraine and Russian sanctions are at a higher level of seriousness,” he added.

‘Frying pan into the fire’

Chris Felgate, director at Ginger Energy, said cancelling gas contracts in the current market “is like jumping from the frying pan into the fire”.

As well as termination penalties, the price of gas is now “multiple times higher than it was even this time last year” – enough to have a “seriously detrimental financial impacts on any institution”.

Academy trust United Learning told FE Week’s sister publication Schools Week it secured all of its energy for 2021-22 and 50 per cent for 2022-23 and 2023-24 when prices were “vastly lower than they are now”.

The trust said the remainder of this year’s gas contract will likely be £500,000. However, if repurchased at yesterday’s price, it would cost £4.7 million.

“This money would therefore no longer be spent on educationally valuable activity but would instead go back to the oil and gas industry,” a spokesperson said.

“More money would be returned to the Russian state, since the gas we are securing now at a low price would be sold at a much higher price.”

Gazprom supplies 20.8 per cent of non-domestic gas in Great Britain. Golding said they have historical been “very competitive”.

‘Give schools and colleges emergency funding’

Hayley Dunn, business leadership specialist at the Association of Schools and Colleges said, education providers may feel they are “stuck between a rock and a hard place”.

“It is very hard to see how schools and colleges can address this problematic situation on their own and the government needs to step in with sanctions and practical guidance or assistance as soon as possible.”

Gazprom has been banned from raising debt in the UK and accessing its capital markets – but the firm said “nothing has changed” for its customers.

Russian natural gas makes up less than four per cent of the UK’s supply. But business secretary Kwasi Kwarteng said he is “exploring options to end this altogether”. 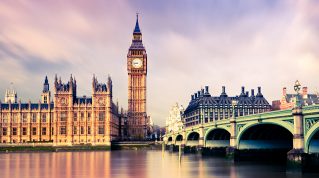 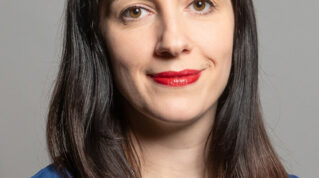 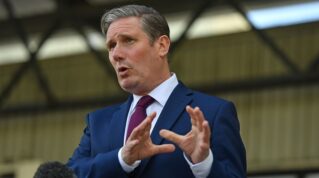