“I remember getting to sixth form and thinking vividly, ‘this is what I want to work in. This is the environment for me.’” It may seem quite incredible that as a 17-year-old, Gerard Garvey, now principal of Newcastle Sixth Form College, got to the last two years of his education and fell in lifelong love with sixth form provision. But it makes sense when you hear about his feeling as a younger man of not always quite fitting in, and the purpose his qualifications and university degree provided. Garvey is an utterly committed advocate for the power of year 12 and 13, and the A-levels he rather movingly calls “your passport qualifications”.

Garvey was brought up in Knowsley in Liverpool, one of the most deprived areas in England. His father died when he was just five years old and his mother brought him and his baby brother up. “I think my mum did a cracking job of holding it all together, but when you’re 26 and you’ve got to do it alone, that’s tough.” He headed to Knowsley Hey comprehensive school, which at the time he didn’t realise was in a struggling area. “You look back and look at the statistics, and you think ‘blimey’. I’ve thought a lot about other people in my class who were bright but didn’t end up with qualifications that would allow them to move on. I’ve done alright for myself and that was because of qualifications. There was just a handful of people from my year who went to university.” 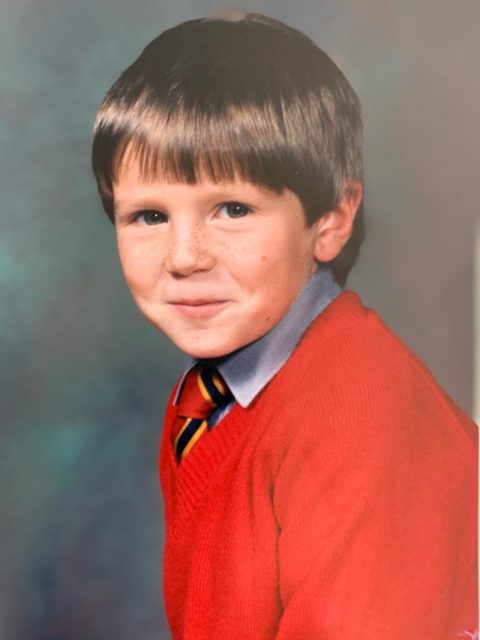 University wasn’t quite what Garvey’s family expected him to do. His mum’s family were “hard-working” people in the trade professions, and there “wasn’t really a culture of academic aspiration at home, so sometimes I did feel a little different”. The sense of standing out slightly was heightened by Garvey coming to terms with his sexuality. “I didn’t come out until I was 24, and I think prior to that in my teens and early 20s, I didn’t know it but I had depression and was struggling.” Not following other family members down the same routes did not altogether surprise them, admits Garvey. “I think they almost expected me to go to university in the end, because I was a bit novel!” He recalls with delight new conversations and ideas encountered during his Film Studies degree at Liverpool John Moore University.

My family almost expected me to go to university because I was a bit novel!

But Garvey is clear it was the sixth form at Knowsley Community College that changed his fortunes, and he’s never forgotten it. He recalls being encouraged by “charismatic teachers” to pursue film and media (the subject he has taught in sixth form colleges ever since). “Doing A-levels for me set in motion a series of events that has brought me to where I am now. That’s why I’ve been so committed to sixth forms in particular, because I just understand the power and real transformation of those qualifications. My GCSEs were modest, but actually A levels really opened up those opportunities.” His self-awareness as a teenager about the possibilities of sixth form now makes sense. The setting had provided freedom and enjoyment. Rather wonderfully, his mother later re-trained as a hair and beauty teacher at his old college too.

As a graduate Garvey was far from ready to settle, and he attributes his career “wanderlust” to the fact he’d not ventured out of Liverpool for his degree. He was also ambitious, and moved to New College Telford to complete his PGCE. One day, a staff member came to talk from Winstanley sixth form college in Wigan. “They were saying how wonderful their college was, the best in the country, and I thought, ‘right, I want to work there’.” But it was a more academically selective college which took in “really well-qualified 16-year-olds”, and Garvey discovered it was not quite what he wanted.

“I do remember thinking, ‘do you know what, I’m not sure they need me’. It didn’t feel like the kind of college I would have gone to myself – in fact, because of my GCSEs I wouldn’t have got in.” He left to become head of media at Joseph Chamberlain College in Birmingham under its inspiring principal, Lynn Morris. He stayed for five years until 2010, and to this day, Garvey calls Morris for advice on leadership problems. Her ethos was that no one – either staff or students – would be allowed to “opt out”: everybody should be striving for brilliant outcomes. “That ethos has really stuck with me. That is the kind of college I want to run now.”

It’s not one mega college; it’s about seven colleges working together

After senior leadership roles at Rochdale Sixth Form College and then Barnsley College’s sixth form, Garvey is now enacting that high-standards ethos out at Newcastle Sixth Form College. He is the college’s only second principal since it opened in 2014 under one of the country’s largest college groups, NCG. He admits the large geographical spread of the group has sometimes been “misunderstood”: NCG includes Newcastle college, Carlisle College, West Lancashire College, Kidderminister College, Lewisham College and Southwark College, which seem impossibly far apart. But there are upsides, says Garvey.

“It’s not one mega college stretching all across the country; it’s about seven colleges working together. We collaborate and share ideas.” One significant positive is the financial clout, with £25 million poured into Newcastle Sixth Form College out of NCG’s cash reserves (no loan needed). “We could never have got that as a standalone college.” These could be by-gone days, since in January it emerged the Education and Skills Funding Agency may be clawing back funding from the group, following “data anomalies”. However, the point about collaboration still stands.

But there is a downside. Garvey has introduced what he calls “cultural change and contract change” to make improvements, yet he struggles to demonstrate this to parents. He’s driving a high expectations culture of excellence and has changed the college’s contracts so he can recruit staff more quickly and set higher salaries. At the same time, he’s made the college more inclusive by expanding an access programme that allows students without the necessary grades to take a one-year GCSE programme, to ensure they can begin their desired A-levels the following year.

You’re trying to persuade parents, but in league tables we’re down as NCG

Yet there is a frustrating catch. To see Newcastle Sixth Form College’s results, you have to look at NCG’s overall data and find their A-level provision (now an impressive 0.18 progress score). Although this will refer to Newcastle Sixth Form College, that’s unclear to a parent. Similarly, the college has no individual Ofsted report and instead is lumped under NCG, which was graded ‘requires improvement’ at its last full inspection. In November, Ofsted suggested it could move to “campus level” inspection reports for college groups, but little has been confirmed since. “It’s a big challenge for us,” says Garvey. “You’re trying to persuade parents, but in league tables we’re down as NCG. The competition can use that to their advantage.”

Garvey strikes one as deeply optimistic, energetic and self-reflective. He is admirably frank about what he calls “not a high point” in his career – when he was appointed chair of governors at Discovery School in Newcastle, which closed within four years in 2018 after failing to recruit enough pupils and being graded ‘inadequate’. “I look back on it with a lot of sadness really. I learned an awful lot but you don’t necessarily want to learn from a school being closed. You’re not in charge as chair, but you are carrying a lot of responsibility for it.” There are no plans for NCG to venture back into pre-16 provision, he adds. However, Garvey would like more sixth form colleges to join NCG, to share best practice. 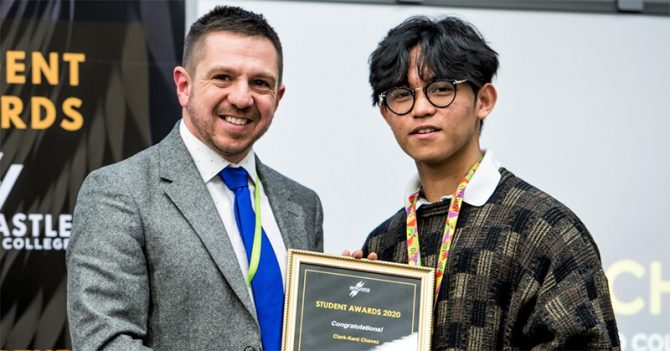 After 19 years in the sector, Garvey is a positive voice for the power of A-levels and, indeed, university. “We’re talking about university from day one. A-levels are a passport qualification. Sometimes, when students are put on a mixed programme of A-levels and technical qualifications, it’s because staff are worried they won’t succeed. We don’t offer a mix: we believe, if you’ve got the best teacher and learner, you can turn A-levels into a success.” With university degrees still linked to higher earnings outcomes for students, such a voice is important.

Meanwhile, for Garvey this post will soon be his longest held in FE. “I think I’m doing the job I always wanted to do. You need to enjoy what you’re doing, rather than move on to the next thing. I can still take it further here.” It sounds like he has arrived at his destination! Let’s hope the accountability measures are changed soon to reflect his and his team’s hard work.