The Department for Education has been accused of turning its skills and productivity board into a “closed shop” after publishing fewer than two pages of minutes for each of their meetings.

Details from seven meetings of the group of experts, stretching from December 2020 to September 2021, were recently and quietly published by the DfE.

But each set of minutes runs for just a couple of pages each, with most of the first page taken up with a list of who had attended the meetings.

Agenda items are covered in as little as two lines of text.

Minutes from a meeting in August revealed a discussion was held on how the skills system promotes productivity in areas that are underperforming economically, but simply states: “Board members provided updates on the four research proposals agreed under question 3. All leads shared high-level research plans with the secretariat.”

A member of the board, who was previously sworn to secrecy about the board’s work, admitted the minutes are “very brief” but insisted their work will help improve the design and planning of FE provision.

‘DfE’s work ought to be open to scrutiny, not a closed shop’

After being shown the minutes by FE Week, chair of the Commons education select committee Robert Halfon demanded the board “publish more detailed minutes” as the public “should be able to access proper records of the advice and evidence that is being passed on to ministers and informing their decisions.

“Education for adults will be absolutely fundamental to driving our economy and enabling people throughout our country to live fulfilling lives,” he said.

“Therefore, the department’s work in this sector ought to be open to scrutiny, not a closed shop.”

The board was commissioned by Williamson in October 2020, with six top researchers led by a chair from industry to provide independent advice on how courses and qualifications should align to the skills employers need following Covid-19.

So far it has had two chairs: Stephen van Rooyen from Sky, who left after a year in post due to “family reasons”, and was replaced in August by Siemens’ Angela Noon.

FE Week reported in October how, a year on from the board being set up, it had yet to publish any minutes.

The DfE previously came under fire for how sluggishly it published board minutes: a drop of seven sets of minutes in August 2020 were the first to be released since February 2018.

A report published last month by the cross-party Lords Youth Unemployment Committee called on the department to make public the skills board’s findings and annually publish data on skills gaps.

Speaking about this latest release, committee chair and Liberal Democrat peer Lord Shipley called it “very surprising that minutes of meetings are so incomplete”.

A DfE spokesperson said: “The published minutes reflect the issues being discussed by the board, and all products from the board’s work will be published in the spring.”

‘We need to stop fixating about qualifications,’ says board member

Board member and Oxford University emeritus professor in education Ewart Keep told FE Week a “fundamental problem” with the board is its name, which he argues implies they are a policy body that makes “huge decisions and what not,” rather than a research body.

“Most of what we discuss is actually really rather minute technical stuff.”

Having read the minutes, Keep said they are “very brief” but he certified there was nothing missing.

One of the board’s key findings so far, he said, was that the country has a “reasonably good understanding” of its stock of qualifications, but not of what skills are in the labour market.

This is because people may attain a qualification and then go on to complete more, uncertified training during their careers.

As such, Keep believes, “we need to stop fixating about qualifications,” which cannot be “the sole analytical frame” for working out skills shortages.

Through the board, he had also found soft skills, such as communication and team and project management, are in “short supply… More and more employers are asking for more of them at a higher level, so ultimately, it’s important those skills are embedded in both qualifications and teaching.”

Asked how the board’s work will impact on the sector, he answered that the “quality of labour market information, which will help course planning and course design, will improve”.

This will be through “finely grained indicators” on future skills demand, which will inform student numbers, what sectors are most in need, and what each qualification will be required to do. 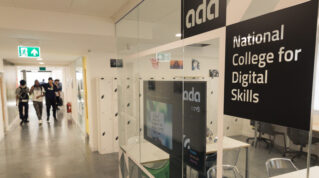 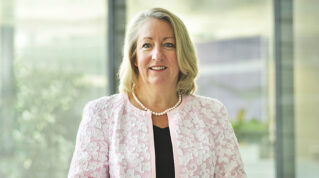