Simplified adult education funding is being eyed by some of England’s mayoral combined authorities this year, ahead of plans by central government to merge pots of money.

The government is consulting on a new simpler system which will see the adult education budget (AEB) and free courses for jobs (FCFJ) funds combined into a single ‘skills fund’ – but that is not due to start until 2023/24.

But some combined authorities, which oversee their adult education budgets under devolved powers, are eyeing tweaks this year by administering their funds through a ‘single pot’ approach to make the application process less complicated for providers.

Currently the AEB is devolved by the Education and Skills Funding Agency to mayoral combined authorities, with a separate pot of money for the government’s free courses for jobs offer – a scheme to enable those aged 19 and above to get a fully funded level 3 qualification if they do not already have one.

West Midlands and West Yorkshire combined authorities have said they are simplifying the process so that the two funds effectively appear as a ‘single pot’ for commissioning, to streamline the application process.

Greater Manchester meanwhile is taking a similar approach with the FCFJ pot and its own local level 3 adult offer – around £3 million out of its AEB – which has more courses and fewer entry criteria than the national FCFJ scheme.

The Department for Education confirmed that the FCFJ pot can only be used to fund eligible learners under criteria for that scheme – they must be aged 19 or over and it must be their first level 3 qualification, or a second qualification if they are unemployed or earn below the real living wage.

Under a ‘single pot’ commissioning approach, it will be down to the authorities to account for funding awarded from the correct budget.

But it said that it was up to authorities how they administered the funds as long as the grant funding conditions were met.

It added that there is flexibility to use up to 20 per cent of FCFJ grants to fund eligible adults on government-funded technical, occupational and vocational level 3 courses in sector subjects covered by the offer if they are not on the national list of qualifications.

A spokesperson from West Midlands Combined Authority said: “For our grant delivery planning rounds for 2022/23 with colleges and local authorities, we have brought together the funding streams of our devolved adult education budget and free courses for jobs into a single pot approach. This approach enables colleges and local authorities we work with to develop a coherent adult skills offer that supports local residents and employers.”

The spokesperson said indicative allocations were communicated earlier this year.

A spokesperson for West Yorkshire said: “We have recently had an open and competitive tender to procure providers to deliver free courses for jobs, which will align with and complement our adult education budget.”

The spokesperson said it will simplify the funding delineations set up by government.

Its budget for the year ahead is £66m for the AEB and £5.5m for the FCFJ, and plans to begin the system from September this year.

The government’s planned simpler system, due for introduction in 2023/24, will combine the AEB and FCFJ funds into a single ‘skills fund’.

The DfE confirmed that would apply to funds administered by both mayoral combined authorities and the AEB the ESFA manages for the rest of England.

Plans to simplify the process, which are currently under consultation, have been welcomed by combined authorities.

Cambridgeshire and Peterborough said it wants to “hide the plumbing” of funding in the background for learners and providers, and a simplified system will help its ambition to double the number of level 3 learners.

Tees Valley is understood to be working with DfE on a simpler process with a single pot approach where possible.

Greater London said it believed merging pots was currently prohibited but added that “the mayor agrees there is a need to reform adult skills funding”. Sadiq Khan recently announced that he was using devolved powers to increase funding rates for courses at level 2 and below, and relax some learner eligibility criteria.

Liverpool City Region said it will be responding to DfE’s consultation shortly, and will try to minimise the administration burden on those delivering more than one devolved or delegated skills programme. 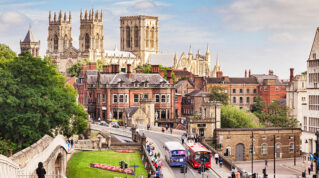 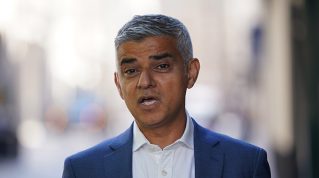