New skills minister Alex Burghart has promised that people who need level 2 qualifications to “step up” into apprenticeships and the level 3 entitlement “won’t be forgotten”.

Burghart, who joined the Department for Education – his first ministerial job – in the cabinet reshuffle two and a half weeks ago, spoke today at the Conservative Party Conference in his first panel discussion in the role.

He used some opening remarks to the panel, which discussed green jobs, to set out his priorities, including helping people without level 2 qualifications achieve them so they can move on to levels 3 and beyond.

‘Big part’ of Burghart’s work will be on level 2

While the government is “stacking a whole series of green initiatives” into the apprenticeships programme, he said: “We have about 20 per cent of people in their twenties who lack basic qualifications.”

Burghart said “a big part” of his work will be “making sure that that part of society isn’t forgotten”.

He wants the Department for Education to help those people “step up” so they can take advantage of the government’s new entitlement to a first, full, free level 3 qualification as well as technical apprenticeships.

Also, so they can take money from their lifelong loan entitlement, which the government is rolling out in 2025, to do “much needed” level 4 and 5 skills “to push forward productivity in the economy”.

The Learning and Work Institute published a report in July 2021, warning that if the level 3 entitlement “comes at the expense of basic skills and level 2, it risks limiting opportunity”.

Burghart described the DfE’s role in the government’s aim to achieve net zero greenhouse gas emissions by 2050 as “greasing the axles of this change”.

This would entail having a workforce trained and ready to step in once new, green industries come online.

To achieve this, the minister said the department is focusing on apprenticeships in areas like solar power and wind power.

It is also looking to create “opportunities for young people but also people who want to change their career, to get technical know-how in a specific area, to become the next generations of workers in very specific high skilled jobs”.

Burghart was asked by FE Week whether the department, with a new secretary of state Nadhim Zahawi and Michelle Donelan sharing the FE and skills brief with Burghart, would prioritise apprenticeship levy funding towards objectives such as net zero.

Burghart dodged the question, saying: “What we’re trying to do is build a whole system that is much more responsive to the needs of local businesses and the national economy.

“So, thinking about how is it that we can make sure training providers of whatever colour are offering young people and older learners the skills that local and national industry is going to need.

“So, that’s really where my priorities are focused and then there’ll be plenty of initiatives to hang on that.”

Ultimately, Burghart said the department is “trying to create a much closer relationship between the desires of the individual for work, with the desires and needs of industry, and the capabilities of training providers”.

“Tying” those ideas together will create a “much more responsive system,” capable of identifying skills which will be needed in three to five years’ time so the training can be available “either in FE, or as bootcamps, or as apprenticeships”.

This is so “you know we have an economy that is ready and able to generate the skills it needs for the jobs it needs”.

Conservative Party Conference is this year being held in Manchester between 3 to 6 October. 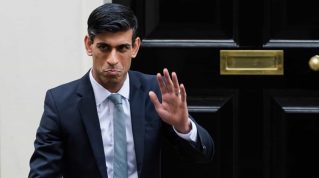