FE Week travelled to Newcastle to meet the college principal who was recognised in the New Year’s honours for her services to skills education in the north-east, and who’s spent her entire career in the same institution

Two images of Judith Doyle stick with me – long after I’ve walked the Tyne Bridge back north of the river from Gateshead College’s main campus, paused to take in the stunning view of the setting sun, and caught the fast train back to London.

The first is of Doyle’s home growing up – bursting with people – friends, cousins piling in on top of the four kids, their “very hospitable, very larger than life” shipyard-engineer dad, and their mam in the corner, bashing out tunes on the piano. “She’s quite shy, my mam,” says the Gateshead College principal, affectionately. “She used to say, ‘I’m not playing the piano’. But she always ended up playing, so we used to have sing-songs. Just stuff that families do, you know. They don’t do that now.”

The second picture that sticks is of early-career Doyle, zooming from school to community centre, overseeing the community provision for Gateshead College. “I loved it – it was a challenge, I was always on the go – the car was the office,” she recalls with a grin. “There were boxes everywhere.” 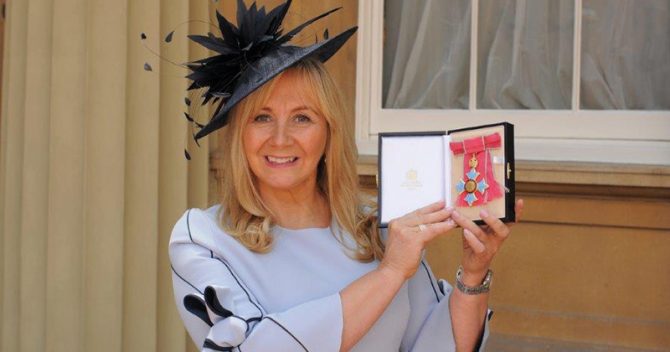 Her pace quickens as the story progresses: “We taught everything from foreign languages to politics to sport to loads and loads of IT – it was 20 years ago and everyone was getting a PC, so I trained hundreds of people in Gateshead how to use Word and databases.” They offered classes in schools and community centres all over Gateshead from 6-9 pm – which Doyle had to balance with the fact she had a husband and daughter at home. “One of the big comprehensives had a thousand learners coming to us, in term time. I used to be dark-haired,” she quips, “That’s why I’m this colour!”

We’re sitting around a large table in a spacious office in the heart of the city. It’s a gorgeous autumn afternoon and through the windows, glass and steel towers soar into blue skies. Just a stone’s throw away are two major arts venues – the Sage Gateshead and the Baltic Centre for Contemporary Art. There’s a definite buzz to the place.

Doyle is unusual in that she’s spent her entire career working her way up the ranks at the college she now leads. And despite managing a multi-million pound busines, she manages to strike that balance between high-flying corporate CEO and someone you’d enjoy a night with in the pub.

It was the role heading up community education that marked her transition from teacher to manager.

“There were people in the college who thought, ‘That community stuff is rubbish’,” recalls Doyle – and she took that as a personal challenge. “I’m very determined, and if I have a clarity to what I want to do, I can push on with it. And I had a point to prove about, ‘This can be done’.”

The job taught her the business elements of working in a college, such as “Why it’s important to get the register done, so you can get your funding.”

Her most important lesson, however, was how to build a solid, trustworthy team. “I identified very quickly who the stars were, so they became my team and I would come in and give them a nice lunch and all that… They were very loyal to me and I’d ask them to do crazy things at the last minute – they would have done anything.” She says this without boasting, and I believe her.

Her outcomes spoke for themselves, and after managing community learning for three years, she moved into her first senior management role – overseeing teaching and learning, at a time when there was a growing awareness of the need to prioritise it. “It seems ridiculous now, that people weren’t realising how important that was. I think it had been the case in schools, but colleges maybe had a different focus and different priorities.

“I was a teaching and learning specialist – that was my thing – I tried to promote that and gained a reputation for someone who championed it.”

Two decades and several management posts later, she hasn’t lost that focus. It’s all about the quality of the product, she insists. “If everything in John Lewis was rubbish, there’s no way they would be successful. The moment we think that other things are more important, then we’ll stop being successful.

“Everything else, all these wonderful buildings and the wonderful things people say about us, it’s just window dressing. If our students aren’t successful, we’re not spending public money for what it’s intended.”

Since taking over as principal, the college has gone from an Ofsted grade 3 to a grade 1, and now has the second highest achievement rate in the country.

“I’m absolutely a perfectionist,” admits Doyle. “It’s about standards and I think things should be done well. I get a little bit irritated sometimes, I don’t like sloppiness, I don’t like things being half-hearted.”

I’m very determined, and if I have a clarity to what I want to do, I can push on with it.

She was awarded a CBE in the 2018 New Year’s honours, in recognition of her contribution to skills education in the north-east – and took her mam, her daughter and her younger brother to Buckingham Palace to receive the award.

The college has almost 30,000 students across six campuses. So how does she keep tabs on what’s going on?

“It’s about consistent messages. It’s about being visible,” she replies.

“Consistency when I took over the college was something that we struggled with a little bit. I introduced a concept called One College, because we did have people who did feel out of it. Really, there was a separate organisation almost, at this campus.

“I’ve got a very high performing and loyal team, who buy in very much to what we do. We have fun. We tend not to take ourselves too seriously. We’re serious about what we do, but we have a laugh.” 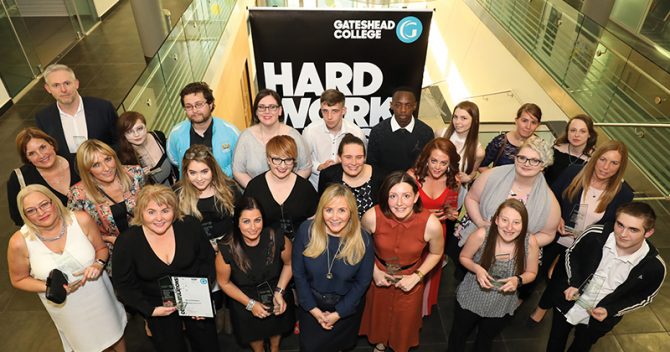 One thing she’s struggled to achieve, however, is working effectively with all the local schools. So when the skills minister put out a call to colleges to report schools that weren’t complying with the Baker clause, Gateshead College did just that. “We can’t say something isn’t working and then if there’s a request for ‘what do you mean, help us,’ you sit back and don’t do anything,” she says, matter-of-fact.

“I think it’s an equality issue,” she adds, emphatically – glancing first at her marketing manager as if to apologise in advance for the impending diatribe. “Those young people and their parents who most need that information – maybe they’re second and third generation unemployed – they don’t know the way out and they’re relying on the schools to give them the information, because they trust them. And when they’re not told about it and they go on a route that isn’t right for them, and they miss the great opportunities we and other FE provision could have given them, then I think they’re being denied what they need and I think that’s an equality issue.”

What do you do to switch off from work? Shop! I do like a good shop, actually. I also see my mam. We watch Strictly together on Saturdays. I also like to cook. I’m a foodie. I’m obsessed with food. I like to read, and I’m a big EastEnders fan, I love that.

What’s your favourite thing to read? I like detective fiction. I like puzzles and mysteries. I’ve always been one to solve the problem. Ruth Rendell and Agatha Christie, I read them when I was about 10. All those kinds of things. But I’m reading LJ Ross at the moment, who’s a bestselling local writer. They’re all set in different parts of the north east, and it’s easy to read. But they’re good as well.

Have you got a favourite book of all time? Everybody asks me that. I like Wuthering Heights, because it has very sentimental … connotations. It’s one of those things that as an English student kind of hooked me in. The idea was all very romantic and passionate, that kind of thing. I was of that age. I like Jane Eyre as well.

What flaw would you like to change about yourself? Probably too many to mention. What flaw do I have? I think I overthink things. And I think I put myself under too much pressure, which often manifests itself as carrying that pressure to other people sometimes.

How do you cope under stress? I like to be with my family. I like to spend time with my daughter. She is the absolute joy of my life. She lives in the south but I’ll drive down there. She’s an accountant. She graduated from Durham and went to PWC on the graduate programme – that’s how she ended up in London. But now she works for the NHS, on NHS improvement.

After four years in the job, Jonathan Slater was unceremoniously sacked as permanent secretary of the Department for Education....

Shane Chowen, currently an area director at AoC, will become FE Week’s new editor in August. He talks to Jess...

Jo Grady, general secretary of the UCU, swept to the leadership at a young age pledging to improve wages...

Roger Taylor, the former chair of Ofqual, who oversaw the grades fiasco last summer, has spent much of his...

Almost one year in to her two-year role, Larissa Kennedy, one of the youngest ever presidents of the National...

JL Dutaut meets a college principal for whom building resilience is a matter of building communities   How are you?  Good...