The Institute for Apprenticeships has called for the assistance of the government’s exams and HE watchdogs in devising an “optimised” external quality assurance system for
apprenticeships.

Sir Gerry Berragan, the institute’s chief executive, wrote letters in April to the chief regulator at Ofqual, Sally Collier, and the chief executive of the Office for Students, Nicola Dandridge.

Berragan explained that since January of this year, the IfA has been delivering a “programme of work that will improve the delivery of EQA”, which includes a “strengthened operational framework and a digital service, both of which will allow us to better exercise our statutory duty and bring greater consistency”.

The letters, obtained by FE Week, reveal that the IfA has been asked to provide the Department for Education with an “appraisal of the best method of delivering EQA through a simpler system”.

“One important part of this is retaining the role of professional bodies (employer groups and professional entities) in the system,” Berragan said, adding that he would “value” the
views of Collier and Dandridge on how their organisations “might work with professional bodies – either directly or indirectly – under an optimised system”.

Despite the institute previously pledging to become more transparent, a sizeable portion of Berragan’s letters to Collier and Dandridge were redacted.

Currently, there are 18 EQA bodies which monitor the end-point assessment organisations (EPAOs) that run examinations for apprentices.

The job is done by a mix of professional bodies, employers and quangos such as the IfA and Ofqual – which between them run EQA for over 200 standards.

Ofqual is the second biggest provider in this space, but the OfS isn’t on the EQA register, which raises questions as to why Berragan asked the higher education regulator for its views.

The OfS was approached for comment but did not respond at the time of going to press.

Many in the FE sector have been critical of the current EQA system, complaining that it is too complex.

The IfA’s letters hint that Ofqual will, in future, be the lead body for it, something that would be welcomed by the chief executive of the Association of Employment and Learning Providers Mark Dawe, who said: “Finally, common sense is biting. The sooner this process of transfer is complete, the better.

“It is great to have professional bodies involved across all sectors, but Ofqual should have overarching responsibility.”

Collier told the House of Commons education select committee in March that her organisation would like to expand its role in monitoring apprenticeship EPAOs. 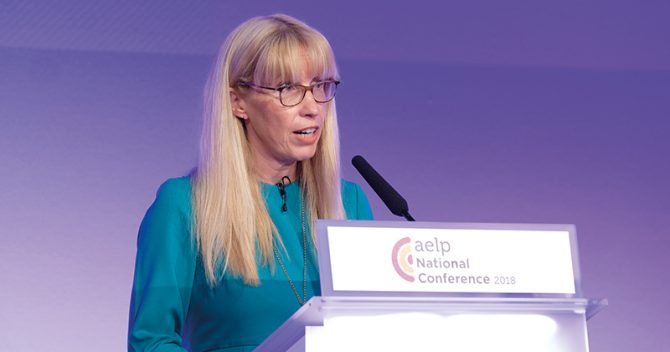 She argued her organisation has done a “good job in proving that, as the regulator, we can do this job and can do it well” and they are “ready to take on a larger role”, following an October 2018 report by the committee on apprenticeships, which recommended Ofqual should be given total responsibility for EQA.

Collier agreed with committee chair Robert Halfon that it is “unnecessary” to have so many different bodies doing apprenticeship regulation.

The lack of a single EQA body for apprenticeships has contributed to a “ridiculous variability” in the amount that is charged EQA, according to Tom Bewick, the chief executive of the Federation of Awarding Bodies, which represents EPAOs.

FE Week revealed in February that EPAOs can be charged between nothing and £179 per apprentice for EQA.

When shown this analysis, Graham Hasting-Evans, group managing director of NOCN, an EPAO, told FE Week he was “very concerned” about the high level of EQA charges, which are “up to 10 per cent of the EPA cost in some cases”.

The IfA’s new EQA framework is due to go live from July 1.