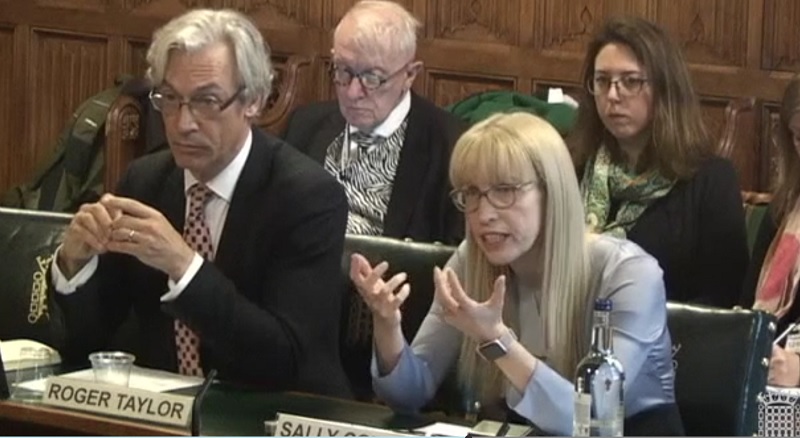 Ofqual has ruled itself out of delivering the apprenticeship external quality assurance service for the Institute for Apprenticeships and Technical Education.

Sally Collier, the chief executive of the exams regulator, told the Commons education committee during an accountability hearing this morning that her organisation would like to expand its role in monitoring apprenticeship end-point assessment organisations.

However, when asked by committee chair Robert Halfon if Ofqual bid in the institute’s recent tender to do the quality assurance on its behalf, for 262 of the 410 standards approved for delivery, Collier revealed they had not.

“No, it would not seem appropriate for a regulator to bid for a contract with another part of government,” she said.

Ofqual is the external quality assurer for 61 standards, but many in the sector have questioned why the whole job isn’t given to the exams regulator.

Collier told the education committee today that her organisation has done a “good job in proving that as the regulator we can do this job and can do it well” and they are “ready to take on a larger role”.

“It is complex and confusing in places, I think we can bring some clarity to the process,” she explained.

“As the independent regulator and having end-point assessments independently regulated in the same way that other types of qualifications are I think that would help public trust and confidence in the system.”

But to expand their role, Ofqual would “need more people and more resource to do that”.

She agreed with Halfon that it is “unnecessary” to have so many different bodies doing apprenticeship regulation.

Concerns have been raised that EQA has added “another unnecessary administration cost” to the apprenticeships system, after FE Week last month revealed the “ridiculous variability” in approved external quality assurance charges.

EQA bodies are allowed to apply a charge as long as it is on a “cost-recovery basis” – the amount of which is taken directly from the government funding given to training providers to deliver the apprenticeship.

But FE Week found the charges range from a free service to a whopping £179 per apprentice.

Ofqual does not charge for the service.

I think we can bring some clarity to the process

The Institute for Apprenticeships and Technical Education also does not currently charge for its EQA service, but this will change come May.

It launched a tender at the end of January for an organisation to provide quality assurance for apprenticeships assessment on its behalf until the end of March 2021.

Open Awards has held the contract to deliver this service since August 2017, which was worth an initial £160,000 and did not charge per apprentice, but this will end in March.

Tender documents for the new contract, seen by FE Week, state that “legislation allows the institute to charge end point assessment organisations (EPAOs) a fee per apprentice that undertakes an end-point assessment and it is these fees that will pay for the EQA service”.

The winning bidder is expected to earn at least half a million pounds over the two-year contract period.

The new contract doesn’t start until May, meaning there is a month-long gap where no permanent organisation is in place to do the EQA for the institute.

It has been forced into hastily finding “interim” arrangements for the month, but in a recent interview with FE Week, the institute’s boss Sir Gerry Berragan remained tight-lipped about the plans, other than to say: “Rest assured there are arrangements in place.”