France has won the right to host WorldSkills 2023 by a landslide after receiving more than double the votes for rival Japan.

The biennial competition will be heading to Lyon following Shanghai in 2021, after France won by 44 votes to 20. 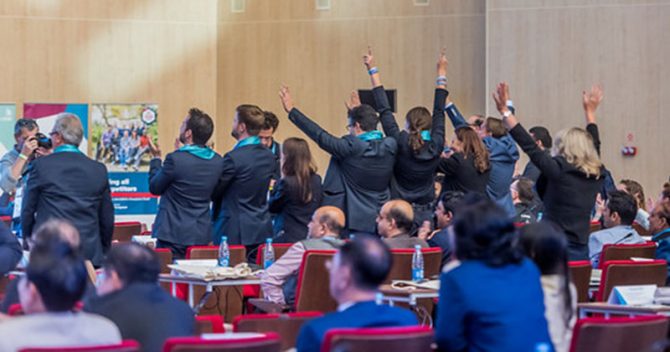 All 82 countries are entitled to vote in the secret ballot.

Speaking at WorldSkills Kazan, where preparations are well underway for the competition this weekend, a WorldSkills France representative said they wanted their event to be “beautiful” and to contribute to the WorldSkills movement.

Lyon are old hands at WorldSkills, having already hosted the international skills competition in 1995.

Competitors will be housed at scientific research and engineering school INSA Lyon, which will be providing 2,000 beds.

WorldSkills UK chief executive Neil Bentley-Gockmann gave his congratulations to France, and said that while Kazan had set the bar high, he believed France could deliver “an amazing showcase for global skills excellence”.

He continued: “Our participation in WorldSkills is more important than ever, because we need to learn from the best of the rest of the world to help upgrade our skills systems to world-class standards, not only to boost productivity, but also support more and more young people get the best start in work and life. The road from Kazan to Shanghai in 2021 and France in 2023 is vital to help the UK achieve its skills ambitions.”