In the absence of the government’s promised universal voucher system, colleges and ITPs have already taken matters into their own hands, finds JL Dutaut

Campaigning from school leaders last week resulted in DfE announcements promising a relaxation of rules for the disbursement of free meals funds and the creation of a universal voucher system. However, it is unclear whether any college benefits from the former or has any appetite for the latter.

This week, my conversations with leaders for the five case studies below revealed a settled situation in terms of free meals, as well as potential pitfalls ahead. Chief among those is the roll-out of the universal voucher system itself, and second, the system’s capacity to do much more than sustain its current load.

East Coast College principal Stuart Rimmer and his team seem to have stolen a march on the government and most other colleges by signing up all of their free-meal-eligible students to Edenred’s “Ticket Restaurant Plus” card. Each student is issued with a contactless card redeemable in a number of food outlets and all major supermarkets.

The college is pre-loading the cards with enough money to last until the end of the Easter break, topping up the allowance to cover the holiday period and sending out advice on how best to spend the money.

“If we’d had 24 hours’ notice, we weren’t going to be in a position to hand out meal vouchers,” says deputy principal Nikki Lane, “and we’d have been putting more people at risk through contact.”

We started calling all our eligible students – around 700 families

The college contacted eligible students before signing them up to the GDPR-compliant scheme. “We’ve got all the management behind it, so we can see who is using it and how, so we can prioritise where we need to be for support.”

The sign-up process has allowed the college to audit their contact details for all of these students, bolstering their ability to deal with safeguarding concerns. Uptake is high, but over 15 per cent of the college’s 16-to-18 roll are eligible for free meals. Plans are in place for the safeguarding team to reach out to those who don’t respond, and the college could end up with two concurrent systems to meet needs. 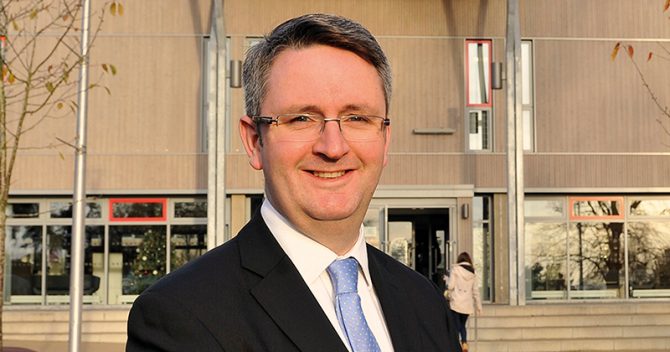 Just two weeks ago, I met MidKent College principal Simon Cook in a Gillingham campus atrium buzzing with a careers fair. This week, Cook is sitting in that atrium, one of a handful of staff caring for only 27 of the college’s most vulnerable students.

From last Thursday, Cook’s team has worked to identify all their vulnerable students. MidKent operates a system of discretionary bursaries for those whose household income is below £28,000, topped up for those also eligible for free meals. In normal times, money is added to their student ID cards, which can be swiped on college premises to pay for food.

“We started calling all our eligible students on Thursday and Friday – around 700 families. Where we were able to get bank details, we paid money straight into their accounts. By Friday, we’d processed payments for about 550.”

Unlike East Coast College, MidKent is not paying through the Easter and May breaks, but will top up according to need. In some instances, students don’t have bank accounts and money has had to be paid to parents or carers. Cook acknowledges this carries the risk of money not being used for its intended purpose. MidKent’s safeguarding team is following up to “do what we can to ensure parents don’t keep that money from students.”

For Cook, the voucher scheme would have pre-empted some of those concerns. MidKent processes payments on a weekly or monthly basis according to need, and Cook is looking at transferring to monthly during the closure. “We try not to spook or scare, but we know we’re more than likely to be paying that through to the end of the academic year.”

“To be honest, safety is more important than finance,” says Boston College principal Jo Maher. How to disperse the funds is another matter and Boston, like MidKent, has opted for direct payments to students or their parents or carers. In part, that decision was driven by the reality of access to food retailers in what is a dispersed, rural catchment. In part, it was a question of timing.

“We looked at every single option. We looked to get a voucher scheme out quickly, but the companies said their risk plans were challenging, should we go into lockdown.”

To be honest, safety is more important than finance

Boston College contacted the same company that is providing East Coast College with the contactless cards, but the firm couldn’t guarantee the service would be put in place in the event of a sudden lockdown. It was the difference between 48 hours and 72 hours. In the end, it wasn’t a risk worth taking for Maher and her team. “What I can’t be doing is mobilising non-essential administration staff next week when my finance department can be managing that from home.”

Maher is also concerned about the roll-out of the proposed universal voucher scheme in the middle of a lockdown. “If it can be done remotely and electronically, brilliant. If it requires an admin burden and can’t, then I don’t want to risk my staff.” 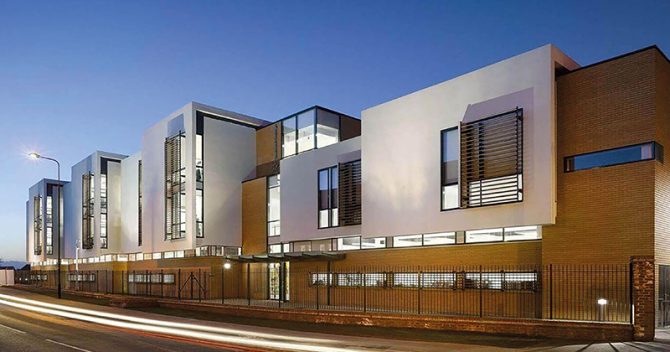 Trafford College has opted for a mixed-methods approach.

“On top of our normal bursary, we’ve given eligible students a monthly top-up of £50,” says vice principal James Scott. “That’s already set up for April, May and June. For students for whom that isn’t enough, we’ve set up an online system where they can apply for further assistance, and that would be in the form of vouchers.”

At this early stage, there hasn’t yet been any uptake on vouchers. The extra payments are designed to see students through their holiday periods, so Trafford’s options are still open. Under consideration is buying vouchers for a specific supermarket (something that’s possible in well-served south Manchester) but the college is open to a more universal system, should one become available.

Trafford’s concerns are longer-term and broader. “Hardship is only going to get more challenging,” says Scott, but the solution as he sees it is to make the most of the college’s place in the community through initiatives like food banks.

With regards to the universal voucher system, other than the concern he shares with Maher of an additional admin burden, Scott is also worried about “driving a coach and horses through what colleges have already spent a lot of hard work setting up”.

For Mark Pike, CEO of Develop, which works mainly with highly vulnerable students, free meals are fundamentally not a concern. All students are set up to receive payments already, and Develop will simply continue to make these. To mitigate the risk of mis-spending the allowance, Develop has a random audit process in place. Students are expected to keep hold of receipts to prove their expenditures.

Technically, disengagement from learning for three weeks could lead to disallowance of the free-meals money. In such cases, Develop’s safeguarding team always intervene before action is taken that could harm students financially. Pike expects those safeguarding interventions to increase.

Hardship is only going to get more challenging

While audits and processes may appear unnecessary at this time, the independent training provider is chiefly concerned with keeping as much of a sense of normality as possible for his students, who often suffer high anxiety levels and for whom the current crisis only heightens those vulnerabilities. An expectation that students will continue to engage in learning through regular online tutor sessions means that Develop’s students have the consistency they need, and a continuity to their education few providers can boast of in the current circumstances.

When it comes to universal vouchers, and somewhat counter to at least some colleges, Pike is concerned that a government offer that bypasses Develop to deliver straight to students would heighten risks for his learners by severing the vital relationships they have built up in order to steady these young people’s lives.

As James Scott says, “I don’t envy the government.” And the situation won’t get any easier for them or anyone else. Pike’s students could soon be everyone’s.

“We’ve already started taking applications from families who are now workless due to the virus,” says East Coast’s Nikki Lane, who is expecting a rise in demand from families with self-employed parents and those whose ability to work will be impaired by factors such as mental health and loss of childcare.

All the colleges I spoke to were keen to tell me about the work they’re doing, not just for their vulnerable students but for their vulnerable communities at large. That’s a subject for a further feature. By the time it is written, FE may have a universal voucher system few colleges need, but will they have the clarity they want about equipping them to deal with that increasing vulnerability?