Last week the agency announced that providers and colleges would retain their full 2019/20 allocation only if they attempted to continue delivering during the Covid-19 period and they delivered 80 per cent of activity in the whole year.

Where providers fall below this threshold and under deliver by more than £10,000, the ESFA said it would fund the “actual costs”.

Original guidance published in March by the agency said they would “not carry out the final reconciliation for grant funded providers in receipt of ESFA funded AEB” in 2019/20 due to the pandemic – there was no mention of the 80 per cent threshold.

“[The announcement] goes back on all the funding reassurances that were given by DfE in March,” she tweeted.

“Providers acted in good faith, quickly moved on line, followed government advice on not using the job retention scheme, protected their learners and now this.”

The Association of Colleges deputy chief executive Julian Gravatt also hit out at the move, stating that the 80 per cent “may seem like a low threshold but the unprecedented closure of buildings for more than four months has meant that some colleges won’t reach this”.

He also pointed out the announcement, which was made on July 22, was less than nine days before the end of the college financial year and that most colleges would have already set their budgets for the new academic year.

Luke Rake, principal of Kingston Maurward College, tweeted that “sadly this the norm for college information and needs to change soon”.

And Chris Todd, principal of Derwentside College, tweeted: “I would have no issue with it, if it had been made clear at the beginning. We’ve agreed all of our financials with our board last week. Hopefully they will see sense.”

The ESFA appears to have listened.

In an update published today, the agency said: “We have received helpful feedback from providers on the AEB reconciliation article published in update on 22 July and while we consider this feedback and review delivery at the R12 submission, we are withdrawing the published approach.”

The agency will provide an update and further guidance “after we have considered the data and views in August”.

“Our original guidance issued in March was produced quickly to respond to the developing crisis and may not operate fairly across all providers,” they added.

“It remains our intention to fund grant providers during the coronavirus (COVID-19) period and ensure a stable financial footing going into the next funding year, whilst also ensuring the appropriate use of public funds.” 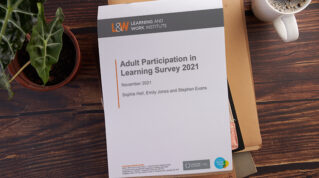