The Department for Education has set aside £20.9 million to create local skills improvement plans in 38 areas over the next three years as part of its national rollout of the scheme.

First proposed in the FE white paper, the plans aim to make colleges and training providers align the courses they offer to local employers’ needs.

Now the government is calling on ERBs to express an interest in becoming the designated ERB for a specific local area. The deadline to do so is June 6, 2022.

“The aim is to forge a stronger and more dynamic partnership between employers and FE providers that will enable provision to be more responsive to skills needs of employers in local labour markets.”

Some £20.9 million has been set aside for 38 areas (10 mayoral combined authorities, plus the Greater London Authority, plus 27 local enterprise partnership areas) over three years.

The DfE said they expect to be able to designate ERBs for specific areas of the country from early autumn 2022 onwards.

It is hoped that “most” of the country will be covered by an LSIP by summer 2023.

The government also announced a new local skills improvement fund being introduced in 2023-24. This funding will be for providers to “collaborate and collectively respond” to the skills priorities their LSIP says is needed.

Each designated ERB will be able to apply for up to £550,000 to support the development, implementation, and reviews of an LSIP for the period up to March 2025.

There will also be £50,000 start-up funding available immediately upon designation, which will be deducted off the final agreed total funding.

The DfE told FE Week that they will set out further details of funding “in due course”.

DfE guidance makes clear that while its intention is for the LSIPs to have traction, ERBs are not being asked to take a direct role in funding or commissioning skills provision. Those powers will “remain with the ESFA and bodies with devolved powers, including MCAs”.

The geography of a specified area for an LSIP will be largely based upon “current functional economic areas” that providers and other relevant stakeholders operate across to ensure LSIPs have traction and can fully achieve their aims.

This means that in areas that already have devolution, LSIPs will mirror the boundaries of combined authorities, MCAs and the GLA.

In other areas of the country, the LSIP specified areas will follow existing LEP geographies except for the south-east region which will form three areas – Greater Essex (Essex, Southend-on-Sea and Thurrock), Kent and Medway and Sussex (East and West Sussex and Brighton and Hove).

Providers and awarding organisations have had their say on the government's level 2 qualifications review. Here's what the sector...

New laws will bring in an official list of post-16 skills providers and rules for increased apprenticeships guidance in...

Local skills improvement plans: What the trailblazer reports look like

Spanning over 500 pages in total, the “trailblazer” local skills improvement plans – a key plank of the government’s... 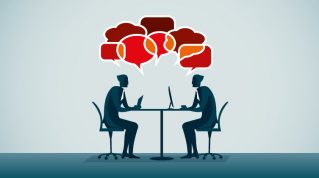