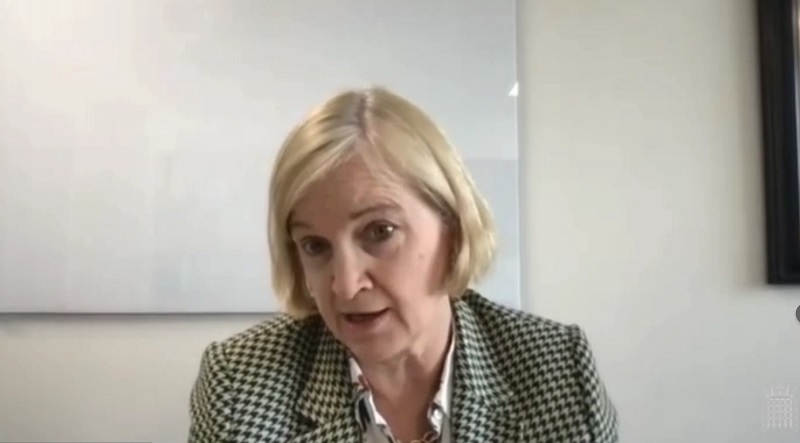 A confused picture has emerged after Ofsted’s chief inspector contradicted her FE director on whether poor careers advice could limit inspection grades.

Chief inspector Amanda Spielman told the Commons education select committee this morning it was “unlikely” a school would receive an ‘outstanding’ rating if its careers guidance, namely compliance with the Baker Clause, was not up to scratch.

This is despite the watchdog’s deputy director for FE Paul Joyce telling the Association of Employment and Learning Providers national conference last week limiting inspection grades based on the quality of careers advice is not the “best way” to improve it, and “should not be the sole determining factor of what grade the school gets”.

Under the Baker Clause, introduced in 2018, schools and colleges must, by law, allow other training providers access to their learners to inform them of technical qualifications or apprenticeships.

Ofsted research has found careers advice in schools is moving in the right direction, with its national director for education Sean Harford, also giving evidence today, saying a recent trawl of inspection data had found one-fifth were not providing high-quality careers advice.

This contrasts with an inspection data trawl from 18 months ago, which found two-fifths of schools were not providing high-quality guidance.

Harford, though, did admit “there are still weaknesses” in this area.

‘It is not the case it is a lesser priority’

Spielman told MPs careers education is “incredibly important,” but how the watchdog prioritises it in inspections is up to government to decide.

Committee chair Robert Halfon said this was “passing the buck,” and there was “nothing wrong” with Spielman saying Ofsted “wants much greater scrutiny to make sure that that the Baker Clause is complied with”.

Spielman challenged that, saying: “If we had the brief and resource to do that, we could certainly do that,” but she asked: “What would you like me to take out of the inspection,” to prioritise scrutinising careers guidance.

She told MPs it would be hard for Ofsted to “change our model significantly” in order to move careers advice “up the pecking” order, as committee member Ian Mearns put it.

Spielman insisted inspectors are “not enforcers” of the law, yet Halfon argued she saw it as a “lesser priority because it’s about skills and apprenticeships and technical education and not academic study”.

“It is not the case it is a lesser priority,” the chief inspector retorted, “but the inspection model that we operate is not a list of the statutory requirements and ticking off against that”.

Spielman had also pledged to the select committee last November that careers education would get the “attention it deserves” when full inspections restart, which is currently set for September.

How schools comply with the Baker Clause has been coming under increasing scrutiny in recent months.

The government’s Skills for Jobs white paper, published in January to lay the ground for the Skills and Post-16 Education Bill currently going through Parliament, set out a plan to strengthen the clause.

This included a new minimum requirement “about who is to be given access to which pupils and when,” and making government-funded careers support for schools conditional on Baker Clause compliance.

Oli de Botton, chief executive of the government’s own careers quango, The Careers and Enterprise Company, told the AELP conference last week it was “true historically that there hasn’t been enough access for ITPs or enough information about apprenticeships and technical routes for young people”.

The Department for Education has promised a consultation on reforms to the Baker Clause, which is expected to run this summer.