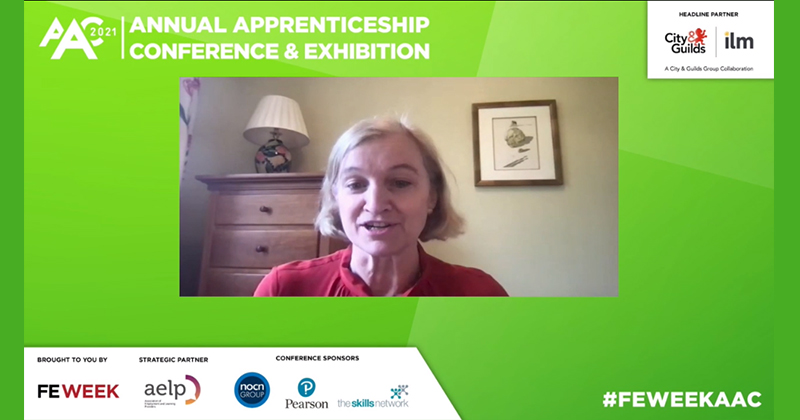 Ofsted’s chief inspector has warned the quality of apprenticeship training is still “troubling”.

It was “concerning,” she said, that a third of them resulted in at least one ‘insufficient progress’ judgement.

“The quality of apprenticeship training does need to improve,” Spielman told delegates, after she and Ofsted more widely have expressed repeated concerns about quality in the apprenticeship sector.

‘This can’t be blamed on Covid’

At AAC 2019, the chief inspector said quality of apprenticeships was “sticking” instead of moving forward.

Ofsted’s 2020 annual report said apprenticeships were the “weakest” area of provision in FE providers, with one in ten judged ‘inadequate’ last year.

Speaking this morning, Spielman said: “Let’s be frank, this can’t be blamed on Covid. This is the same pattern we were seeing before the pandemic.

“To have such a high proportion of insufficient progress judgments is troubling.”

Ofsted’s stated concerns contrast with the Department for Education, which has continually boasted of the quality improvement apprenticeships have experienced because of the government’s reforms to the sector since 2017.

Skills minister Gillian Keegan, writing for FE Week’s National Apprenticeship Week supplement in February, said: “Thanks to our reforms, apprenticeships are now longer and higher quality, and we have taken steps to ensure apprentices learn the skills employers need to thrive at any age.”

When asked by FE Week editor Nick Linford today, neither Spielman nor Joyce would be drawn on whether quality had improved since the apprenticeship reforms.

Joyce explained they were at an “early stage” of their evaluation of the programme, partly as there were still providers delivering apprenticeship frameworks while being inspected by Ofsted, as opposed to the reforms’ flagship apprenticeship standards.

Speaking at AAC on Monday, Keegan said she had ordered an investigation into the “astonishingly” high apprenticeship drop-out rates.

That is after official government data published in March showed just 60.2 per cent of apprentices training on new-style standards stayed on their programme until the end in 2019/20. This figure was 48.3 per cent the year before. 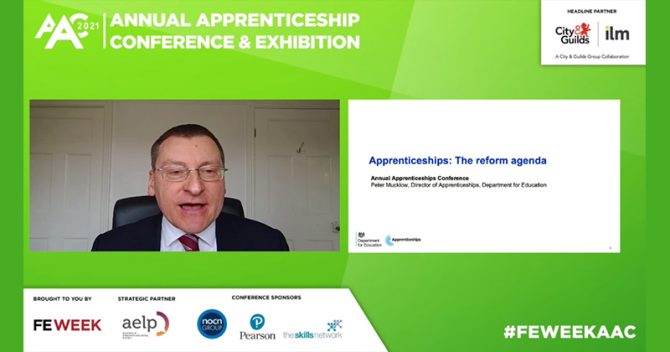 The retention rate on the old-style frameworks has stuck at 69 per cent.

And addressing the conference today, the Education and Skills Funding Agency’s director of apprenticeships Peter Mucklow said achievement rates “are not yet high enough,” though they had increased by 12 percentage points between 2018/19 and 2019/20.

However, that still only brings it up to 58.7 per cent – much below the 61 or 62 per cent which Linford told him “used to be minimum standards threshold”.