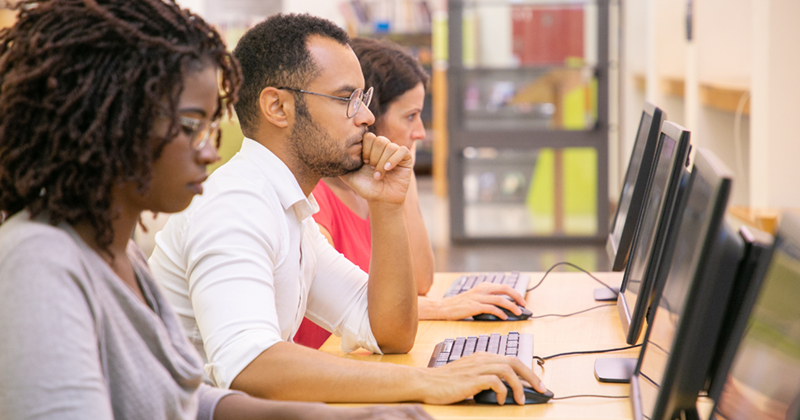 The Department for Education knew its flagship skills bootcamps could be flooded with male learners but has a raft of plans to tackle the issue, FE Week has learned.

An equalities impact assessment of the programme received by this newspaper under the Freedom of Information Act makes a series of recommendations to bring in more female and ethnic minority learners.

These include a targeted marketing campaign “to attract a diverse cohort” of learners to the programmes.

Also, to run monthly workshops with local authorities to “discuss the cohort the courses are attracting and share best practice on how to improve this,” the document reads.

The assessment warns the bootcamps – level 3 and above engineering, manufacturing and digital skills courses being launched with the National Skills Fund in April – “may require prior knowledge or experience in male-dominated career areas”. 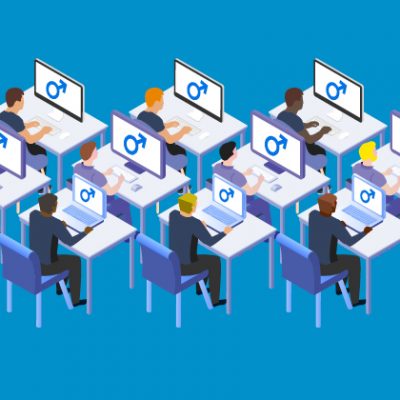 FE Week published exclusive analysis in January which found the DfE is seeking a very narrow range of digital, engineering and construction-related courses, mostly studied by men, for bootcamps. For example, less than 20 per cent of level 3 IT courses were studied by women last year.

This was echoed in the DfE’s equalities impact assessment, in which data from the Office for National Statistics was quoted
showing just 16.5 per cent of employees in the IT sector are women.

The assessment admits that this “may result in a disproportionate number of men being able to access the courses”.

DfE wants “everyone” to benefit from bootcamps

The first bootcamps launched as an £8 million series of pilots last year in areas such as Greater Manchester, the West Midlands, and Derbyshire and Nottinghamshire.

A number of them have reported a high amount of uptake among female learners, yet quite poor take-up by black, Asian and minority ethnic (BAME) learners in some areas.

The DfE published in January two tenders worth a total of £36 million for skills bootcamps to start in April: one for digital skills courses in nine areas, and another for a number in areas such as digital skills, electrotechnical, nuclear or green energy at a local or national level.

Prime minister Boris Johnson pushed the opportunity provided by the bootcamps for older learners during a speech last year, promising they will mean “you can learn IT, whatever your age”.

The bootcamps’ “service requirement” tender said the DfE wanted suppliers to have a minimum of 50 per cent female learners.
But Association of Colleges chief executive David Hughes warned “it is very unlikely” the bootcamps will meet that target.

To ensure it does, the DfE’s assessment includes a string of actions, including collecting data on learners “to ensure the bootcamps are attracting a diverse cohort”.

For the bootcamp pilots, a DfE spokesperson said they are “collating data on both applicants to the bootcamps and participants on the bootcamps through monthly provider returns,” which include participants’ gender, disability or long-term health condition and ethnicity.

As the bootcamps are not using individualised learner records, the DfE has a spreadsheet that providers fill in. They do not plan to change this for the first phase of bootcamps, they said.

The assessment also calls for bootcamp advertising to use positive role models and feature a “diverse range” of people, including women, disabled people and those from different ethnic backgrounds.

Ensuring recruitment practices take account of unconscious bias and processes for learners who complain of unfair practices or treatment is also recommended to providers.

The DfE spokesperson said they want “everyone” to benefit from the bootcamps and the government “shares an ambition with employers to increase diversity”.

When it comes to encouraging female learners, the pilot programmes have seen some promising results.

West Midlands Combined Authority has seen 1,500 starts on its bootcamp pilots, which started in the first wave and include dedicated digital skills training for women and other groups who are underrepresented in technology.

Liverpool City Region Combined Authority, which has been running courses in digital marketing, cyber security and data engineering as part of the second wave of pilots, currently has 310 learners on programme and 48 per cent are female.

D2N2 local enterprise partnership, another second wave pilot provider, has seen 408 starts on programmes in network routers and switches, digital sales, and coding and software development – 51 per cent of which were female.

But just 11 per cent of Liverpool’s learners are from a BAME background, while multi-ethnic, Asian, black and other ethnic groups make up just ten per cent of D2N2’s learners.

The combined authority said that although this is “not a KPI for our pilot, we are actively promoting across a diverse range of platforms and stakeholders as we want as many people from all backgrounds to be able to access the opportunity the project offers”.