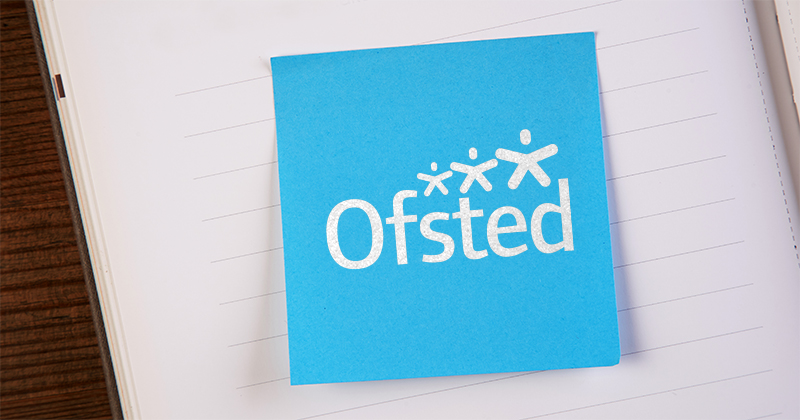 Ofsted has today published a summary of what they found during their final “interim visits” of colleges and training providers that took place this autumn.

A total of 84 providers were visited between October 19 and December 4 – the majority of which (44, or 52 per cent), were previously judged as ‘requires improvement’.

The first briefing paper was published in November and was based on 36 provider visits (the key findings of which you can find here).

While the visits do not result in an inspection grade, they do produce a published letter which tells the public how each provider is “coping with this challenging start to the new academic year” in the face of Covid-19 based on interviews with leaders, staff and students.

Full Ofsted inspections are currently not planned to return until summer 2021, but monitoring visits will resume from January along with new “support” visits (see full details here).

Here are seven things we learned from today’s report.

Centre-assessed grades were introduced for GCSE, A-level and some vocational and technical qualification learners this year to replace exams and assessments which had been cancelled owing to the Covid-19 outbreak.

Exams regulator Ofqual has previously said many schools were too “optimistic” about the grades which have led to students being put on course levels that are too high and do not accurately reflect their ability.

Ofsted found that during its interim visits, a “few leaders”, particularly in colleges, said that the high volume of learners with centre-assessed grades for GCSEs was a “big challenge for them”.

“It made identifying learning gaps harder and sometimes meant learners were not on the best course or level for them,” today’s report says.

“Some providers commented that the pace of learning has been slower than usual for the start of the academic year.”

2. Gaps in learning, including loss of social and communication skills, evident

Leaders told Ofsted that they had assessed learners at the beginning of the term and identified “some learning gaps” as a result of lost teaching time, which were “generally most apparent in English and maths”.

Additionally for apprentices, some leaders said gaps in practical skills were evident, while others also mentioned learners’ “loss of social skills and ability to communicate formally or their loss of aspiration”.

“Some leaders said these gaps were worse for current learners compared with previous cohorts,” the inspectorate added.

“This was mainly the case for young learners and those on lower-level qualifications. Leaders said these learning gaps had to be considered when planning the content and order of teaching in some programmes and subjects.”

Many of the providers said they had put catch-up programmes in place as a result of their assessments.

3. Practical work placements a ‘real concern for many’

Providing work placements and apprenticeships was an “ongoing problem,” particularly for learners with high needs and those wanting to work in the health and social care, hospitality and retail sectors, leaders told Ofsted.

They reported that employers with existing apprenticeships were ceasing to trade or making the apprentices redundant, while others were reluctant to take on new learners for work placements due to possible infection risks.

Some apprentices were still on furlough and had “exhausted” the theoretical work needed in order to complete their course and were now just waiting to complete the necessary practical work with their employer.

4. Mental health and safety referrals on the rise

“Many” leaders said that the number of learners with significant mental health concerns had increased over the course of the pandemic.

They had also seen increases in safeguarding concerns such as domestic abuse, county lines, dependence on food banks, knife crime and drug and alcohol misuse.

As a result, for many leaders, this had “resulted in an increase in the number of learners they referred on to local mental health and safeguarding teams”.

Suicides, as well as Covid-19-related bereavements, within the community had also “significantly impacted both staff’s and learners’ well-being,” while many leaders said that staff and students needed “additional reassurance and support in order to return to work due to anxiety”.

This led to the providers making mental health one of their top priorities during the autumn term, with some updating courses to include personal development modules on protecting learners’ mental health and/or well-being.

The pandemic had disrupted the “logical sequencing” of many courses. For example, Covid-19 restrictions make it “hard to integrate practical elements and work placements in courses,” Ofsted found.

As a result, most staff the inspectorate spoke to were prioritising practical skills in face-to-face sessions and teaching the theoretical knowledge online.

Other providers were working around the practical skills challenge by working with local businesses to supply learners with the necessary equipment and/or expertise to undertake projects at home.

For example, one provider had sent all learners a “make your own drone” kit as part of a project to construct and document it at home. Another hired local chefs to provide online lessons on their specialities to learners. A few providers had also set up an in-house tuck shop during the second national lockdown to provide enterprise and money-management opportunities for learners with high needs.

FE providers were advised to keep all teaching face-to-face for 16 to 18 learners during November’s lockdown, while splitting online and onsite teaching for adult learners.

Ofsted found that the mix of delivery for students at each provider varied.

For example, in one college, year 12 and year 13 learners alternated each week between remote and on-site learning to reduce the number of learners on site.

A few providers had also changed their timetables so that all face-to-face teaching on a particular subject was concentrated over one day, rather than spread across the week.

Elsewhere, other leaders said they were having to restrict their intake on practical courses to be able to run them on site, while a few said they needed to return to fully remote provision during the second national lockdown because their community venues had been closed.

Ongoing and unforeseen costs that have hit FE providers include making their sites meet Covid-19 safety requirements, improving ventilation of buildings, buying IT kit for learners and providing software and equipment for learners to access their courses online.

Reduced commercial income continues to affect some providers, while others reported that waiting for the funding for new learners has had more of a financial impact than usual because they have less capital in reserves to fall back on.

This is due to an “increase in the number of learners enrolling and the immediate costs of new learners accessing the curriculum”, Ofsted said.

Meanwhile, some providers have found that subcontractors are reluctant to commit to training and sign new contracts, and in apprenticeships, delayed assessments result in delayed completion payments which has impacted on cash flow.