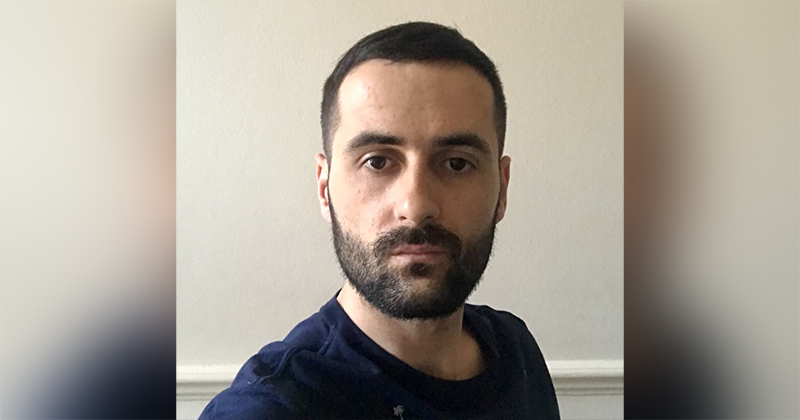 Marius Ardelean found himself without a job and with little prospect of finding another after Covid-19 struck. But he is now about to start a new career after retraining through a long-running skills programme that is finally getting its time in the sun.

The 34-year-old (pictured top) had quit his job at the British Museum restaurant at the beginning of the year to visit his family in Romania, with a plan to then switch careers in the UK.

However, upon his return he could not find work, despite sending out “hundreds” of CVs, and he had to resort to Universal Credit.

He spoke to his local Jobcentre Plus about finding a course to retrain and that is where he came across sector-based work academy programmes (SWAPs) which has now ultimately led to him finding a job in the care sector.

Marius is one of thousands of people the government is hoping to help back into work through SWAPs this year, following a £17 million investment by the chancellor Rishi Sunak to “triple the number” in 2020/21.

The new National Skills Fund will also be used to fund the scheme from April 2021, taking a share of £127 million announced in last week’s spending review. However, just how much is unknown, and a DfE
spokesperson said: “This is a level of detail we are not going to be getting into.”

Launched in 2011, SWAPs are jointly run by the Department for Work and Pensions (DWP) and the Department for Education (DfE), and are administered by Jobcentre Plus; they involve pre-employment training, a guaranteed job interview and a work placement to help prepare those receiving unemployment benefits for new jobs.

They are described by the Association of Employment and Learning Providers as a “mini adult traineeship”, which can last up to six weeks, and are funded through the adult education budget.

It is therefore hard to pin down precisely the recent popularity of SWAPs, and the DWP refused to say how many starts would be required this year to meet the chancellor’s target of “tripling” their number.

But colleges and training providers already involved in the programme told FE Week it has been catering for great swathes of learners in recent years, with the vast majority finding employment straight after completion.

“The evidence shows they work, so we will expand them,” Sunak told the House of Commons during his summer statement.

Funding for SWAPs is being dished out to the Education and Skills Funding Agency for nationally AEB funded providers and also to mayoral combined authorities who administer the budget for providers in their area.

The government says colleges and providers that wish to get involved in SWAPs should get in touch with their local Jobcentre Plus and the DfE as their first port of call.

AEB allocations can then be topped up to account for SWAPs, which will be based on a provider’s historic delivery to unemployed residents studying courses at level 2 and below, spanning two to five weeks in length.

A spokesperson added that FE providers are “part of the SWAP local design process and are informed when to expect referrals and how many by Jobcentre Plus”.

Marius’s two-week SWAP was with Barnet and Southgate College and was formatted to teach skills such as what to do in interviews and how the law operates with regard to the care sector, as well as having him work towards a level 1 certificate in the subject.

The course ran close to business hours, 9.30am to 4pm, and was carried out over Zoom and Microsoft Teams.

“It was good to get back on track,” he said, adding: “The main thing with the course is it has direct contact with future employers.

“So, there were three companies and we got to know them, they got to know us, so we could ask questions related to the care sector and the jobs they offer.

“In this current time, you send your CV and it gets lost or ignored. But through this course we had an opportunity to speak with the employers and after we had finished, I had interviews with two of them.” 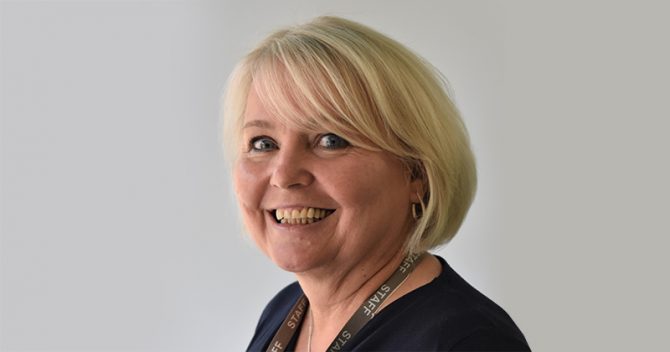 Barnet and Southgate College’s executive director of commercial partnerships Tracey McIntosh (pictured), who oversaw the 2,000 people go through a SWAP last year, said: “Personally, I think it’s a win-win opportunity for all of us. This is a great example of partners working together with the students at the heart of it.”

Aside from the care sector, her college runs SWAPs in such areas as construction, external wall insulation and the Civil Service, with the age profile of participants stretching from 19 to 55.

Asked whether she would recommend other providers to get involved, McIntosh jokes: “No, because it’s my business!

“Of course we would recommend it, as we do pretty well.”

She added that employers “keep coming back” for SWAPs because they are part of the development of them, and it costs them nothing – as any costs associated with the work placement are met by the DWP.

Mat Chapman, managing director of independent provider The Development Fund, which runs SWAPs to help recruit and train drivers for major bus companies, says they see 80 per cent employment outcomes off the back of the programmes.

He says one of the employers he works with “was pleased with how it increased their ability to recruit. It expanded their numbers where they were struggling to get people into bus driving schools.”

He stresses the importance of tailoring the pre-employment training for the employer – which the DWP says has to be “matched to the needs of your business sector” – so, for instance, his courses cover the theoretical knowledge expected of drivers.

“If you’re recruiting to a marketplace, you want them to understand the fruit and veg they are selling,” he says. 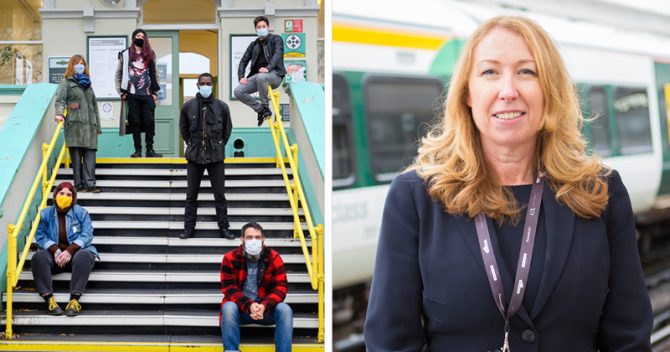 The operators’ managing director Angie Doll (pictured, with the SWAP learners) said they, with the college, had created what they feel is “a valuable opportunity for all learners on the programme”.

“We are continuously looking at ways to attract and retain a diverse workforce that is truly representative of the communities we serve,” she continued.

“Working in collaboration with East Sussex College and Jobcentre Plus means we have been able to offer those who aren’t in employment the opportunity to gain skills and qualifications to help them into the world of work.”

Stuart Cleworth, operations director for Wates Construction, which works with Barnet and Southgate College and independent provider Ixion Holdings on SWAPs, says supporting initiatives like this “is vital for the construction industry as it provides us with the perfect opportunity to enhance and build on the knowledge of those engaged, helping to equip them with the real skills our sector require”.