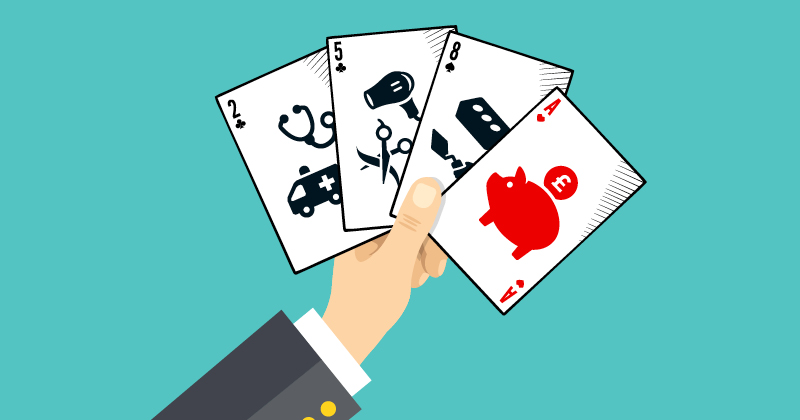 The government is flirting with the language of learner power reminiscent of an old New Labour policy. Jess Staufenberg looks at its chances of making a comeback

For old hands in FE, Boris Johnson’s announcement in September of a “Lifetime Skills Guarantee”, resourced through a “National Skills Fund”, has echoes of an older, more ambitious New Labour policy too traumatising in its failure to seriously consider reintroducing – perhaps until recently.

The language of Johnson’s announcement pricked ears: the government wants to help people “train and retrain, at any stage in their lives”; “end the bogus distinction between HE and FE”; and, perhaps most importantly, “move to a system where every student will have a flexible lifelong loan entitlement”.

There will be “change, radical change”, thundered Johnson.

Ring any bells? For years, ministers have tinkered with the idea of handing choice and power to the student by giving them access to a “bank” of the loans and grants they can spend on tertiary education.

The idea has had various names – Individual Learning Accounts, as they were under New Labour in the early 2000s, as well as personal learner accounts, individual education budgets, skills accounts, skills wallets – you name it, it’s been floated within all three political parties. But a software system open to fraudulent abuse under the ILA system, launched in 2000, caused a horrified Estelle Morris to end them just a year later. Since then, mention of them has largely led to head-shaking.

But alongside the promising language, other moves in the highest echelons of government have not escaped notice. The biggest is, of course, the appointment of Alison Wolf, seconded from her public sector management professorship at King’s College London to be skills and workforce policy advisor to Number 10 at the start of the year. In 2008, during a financial crisis not as bad as the one hitting us now, Wolf wrote plainly about New Labour’s ILAs, asking: “As we free-fall into recession, could we please have them back?”

More recently, she told MPs this year: “You have to put far more of the power and decision-making in the hands of the individual.” She said the simplest thing would be to “take a flame-thrower” to the many and confusing funding pots for adult education.

Other appointments have also been telling. Keith Smith, the architect of the apprenticeship levy system, which operates digital accounts for employers, was moved from the ESFA to the Department for Education in April, bringing with him expertise in setting up a big new IT system. 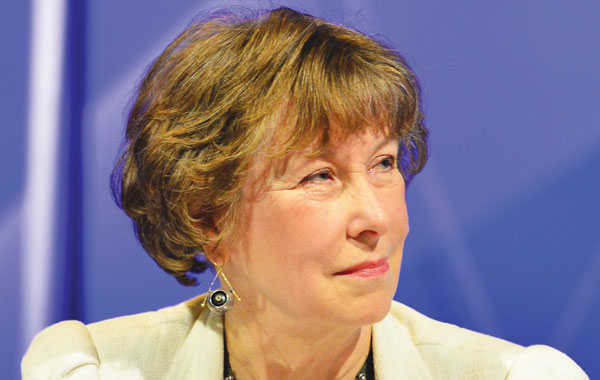 Meanwhile, the Augar review in 2019, which the government shows every sign of largely following, examined the failed ILA scheme and recommended the “gradual” implementation of a similar system that might be “overseen by the established Office for Students and the Student Loans Company”.

There have been tentative, but piecemeal, moves in that direction. The current “entitlement” to free English and maths courses has been extended to basic computing skills with new “essential digital skills qualifications”.

Then in September, adults over the age of 23 were “guaranteed” access to a limited number of first, free, level 3 qualifications, from April next year, and modular level 4 and 5 qualifications are going to be designed with employers.

And last month, unspent money from the closed national retraining scheme was folded into the growing arsenal that is the £2.5 billion National Skills Fund.

Many now wait with baited breath, not for the one-year spending review next week (which can’t promise much, a multi-year, comprehensive spending review having been postponed), but for the FE white paper this year – will it provide proper detail on the Lifetime Skills Guarantee?

And the question they barely dare whisper – might it even include a pilot of personal, cashable accounts?

Jonathan Simons, head of education at think tank Public First, says one recent shift has been a willingness among policymakers to discuss learner accounts as a real possibility again. “Even just five years ago, people were too scarred by ILAs. My guess is that’s not the dealbreaker now.” 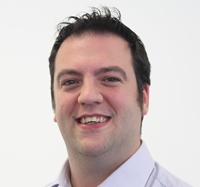 Accounts policies now widely exist, he explains, whether via the Student Loans Company for higher education or for apprenticeships. “The technological advancements have happened, and we’ve gone over the ILA stuff so much now that the institutional knowledge is there too. And of course, Alison has been writing about this for years.”

The scars of the failed ILAs, which provided a modest £150 per learner and could be topped up, ran deep, says Julian Gravatt, deputy chief executive of the Association of Colleges. “They almost became a poster child for bad government. There was no control on what courses could be done or on what organisations could claim the money.” High-street banks, such as the Post Office, refused to run the accounts and so digital services company Capita was allowed to set up a “separate system” for the accounts, says Gravatt. “That’s why it was so open to abuse. It didn’t use an existing system. But we have those systems now.”

A series of reports followed. A 2002 inquiry by the then-Commons education and skills committee, chaired by Labour MP Barry Sheerman, blasted the fact that of the 2.6 million accounts opened, the government couldn’t say how many had been genuine – and therefore how much of the scheme’s £268 million had been wasted. But Sheerman reminds FE Week that the committee also recommended that the scheme “be rebooted without the fraud […] it was a brilliant concept”.

A National Audit Office report the same year criticised the lack of proper monitoring, but again praised the scheme’s ambition and said, “The government is committed to introducing a successor scheme as soon as possible.” A public accounts committee report in 2003 said the government had reassured MPs lessons had been learned.

But it was never to be. Tom Bewick, chief executive of the Federation of Awarding Bodies, who helped draft the ILA policy as a Labour advisor, says Treasury civil servants weren’t quite comfortable with the idea of handing money directly to people instead of institutions, and so were “happy to hit it on the head”. Either way, the ILAs, beloved of Wolf, died.

Yet more recently, the calls for their return have become insistent. In 2016, the Learning and Work Institute (LWI) published a report called Power to the People: The Case for Personal Learning Accounts which called for every citizen to have such an account by 2022, allowing five years for implementation and piggybacking on the existing “lifelong learning accounts” run by the National Careers Service.

Stephen Evans, chief executive of the LWI, points out similar initiatives are already running in Scotland (where they are called Individual Training Accounts), being piloted in Wales, and exist in high-performing systems such as Singapore. “Our skills-funding system is so complicated, people don’t understand it and quickly lose the will to live. This is a much simpler way to communicate those things. There’s an important communication point here.”

Our skills-funding system is so complicated, people don’t understand it and quickly lose the will to live

Evans sat on both Labour’s 2019 commission on lifelong learning – which, rather against the grain of everyone else on this issue, says it won’t “risk” a return to accounts – and the Liberal Democrats’ commission too. The latter party currently has the most comprehensively thought-out policy around: Daisy Cooper, education spokesperson, confirmed to FE Week the Lib Dem proposal for “skills wallets” worth £10,000 over a lifetime. Evans adds the account could be topped up by the Job Centre, employers or the government, according to someone’s circumstances.

An even more ambitious lump sum is proposed in Free to Choose: How Individual Education Budgets can revolutionise tertiary education from think tank EDSK in 2019. Director Tom Richmond makes the interesting point that the Augar review’s proposal for a £30,000 loan entitlement for each citizen – a figure touted as the equivalent to four years’ undergraduate degree funding under the report’s recommended fee cap – only takes into account the tuition fee loan, not the maintenance loan also available to an HE student. Learner accounts that are truly equitable should be around the £75,000 mark, he says.

“If you can only get maintenance support for HE courses then it will leave universities on a pedestal relative to colleges,” says Richmond. By contrast, his suggested pot “would send a powerful message to learners of all ages, which simply does not exist right now”. Like other policy wonks (and, indeed, Augar’s review), Richmond points towards the Student Loans Company as the obvious administrator for the scheme.

But is it ever going to happen? Those working closest to Westminster aren’t yet convinced. “The DfE are sold on it from a theoretical point of view. The difficulty has always been, will they make it cashable?” says Simons. “There are also questions about whether you can commit to this without a multi-year comprehensive spending review.”

John Cope, formerly of the CBI and recently appointed director of strategy and policy at UCAS and board member at the Institute of Apprenticeships and Technical Education, says skills education reform is clearly a government priority, “with long-debated ideas around learner entitlements and ‘learner accounts’ in the mix”. In an apparent offer of help, Cope adds UCAS “needs to become a one-stop shop for all options across HE, FE and apprenticeships”. But both stop short of saying the government is set to expand the Lifetime Skills Guarantee into a personal learner account revolution.

It’s true that there are a host of factors against it, with cost and risk of mismanagement highest up. For all the pronouncements about lessons learnt, only at the start of this year it was estimated that £1.2 billion has been wasted from the apprenticeship levy fund on “fake apprenticeships”. The accounts system isn’t invulnerable to fraud yet.

In its favour, meanwhile, is the fact the government is obviously worried. The number of adults taking out advanced learner loans has fallen for the third consecutive year. A skilled worker shortage is looming because of Brexit. And Wolf, aside from her support of ILAs, is bothered about devolution (telling MPs it adds “another layer of bureaucracy and arguing about who gets what”). As Bewick puts it, “if the Treasury is now interested in skills accounts, it’s because they want money to increasingly go to individuals rather than the combined authorities”.

If the combined authorities are out of favour, perhaps the real question then is, will the Lifetime Skills Guarantee hand money to citizens or colleges?

The policy is not altogether straightforward for college leaders: grant funding will be out of their hands. Yet Gravatt is cautiously welcoming, suggesting a “mixed model” of guaranteed core funding for colleges alongside a trial of personal accounts for learners. Echoing Augar, he proposes “a staged implementation with local pilots, to test this out.”

Policy experts seem to be concerned that, despite flirting with the language of learner accounts, and having got firmly into bed with those who would know exactly how best to implement them, current ministers, like those before them, will fall just short of the mark of delivering a policy that most regard as not only excellent, but much-needed. The Augar review agrees: “We emphasise that, without these changes, neither more flexible provision, nor a major increase in level 4 to 5 uptake, is at all likely.”

It may be that it needs colleges, more than anyone else, to make the case this time.