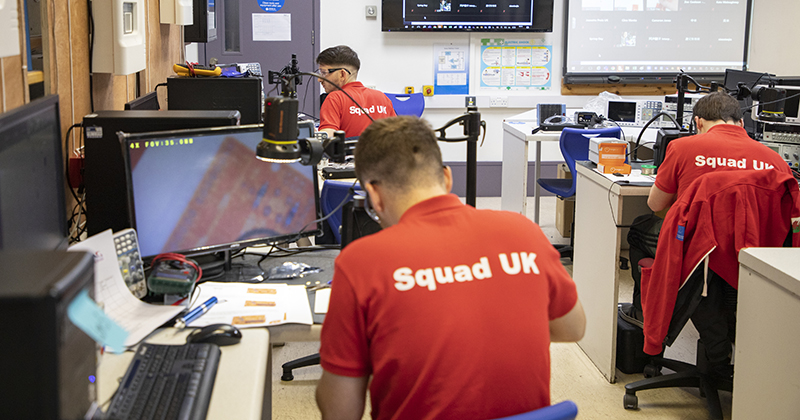 The UK’s elite squad of skilled young people in electronics has beaten their Chinese counterparts in this country’s first virtual pressure test – a new means of training for the international WorldSkills competitions during the pandemic.

FE Week spoke to competitors, trainers and organisers to find out if the innovative model will become the new norm.

Five members of Squad UK, based at Gower College Swansea, and five competitors from China in their own country, undertook a “pressure test” on Thursday, pitting the two teams against one another in an electronics skills competition. 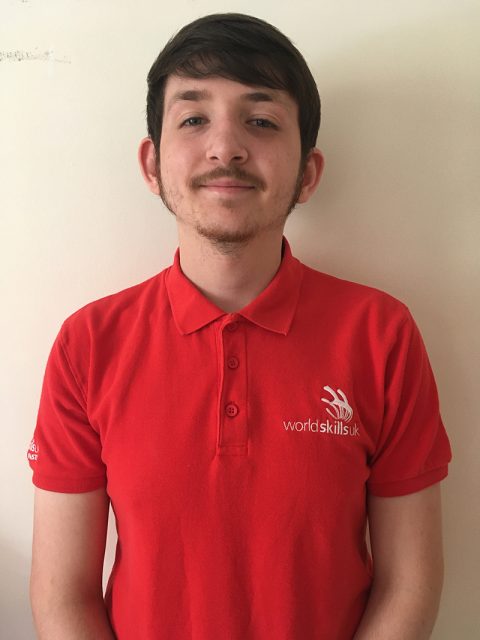 Although the competitors were thousands of miles apart, they kept in constant contact over Zoom.

This was part of a two-day event hosted by the Department for International Trade, with the first day on Wednesday featuring speakers from the department, Team UK training managers, college leaders and the Chinese government, discussing how best to train for and compete in skills competitions.

Watts told FE Week he was “chuffed” to win and to see the work he had put in pay off was a “big achievement for me”.

“It went well on the whole. There were a few points were my soldering wasn’t going as planned, but then I just took a second and carried on.” 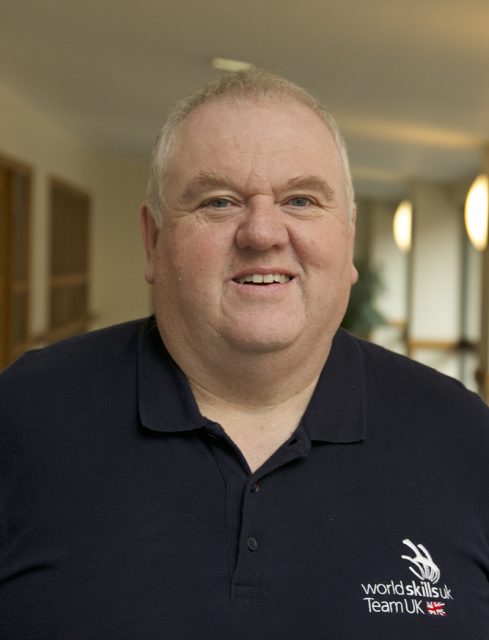 Speaking after finding out his team had won the medals, electronics training manager Steve Williams said: “I can get a bit emotional with this sometimes. Seeing the work these guys have put in through lockdown is absolutely remarkable.

“This is the first bit of pressure testing they’ve been put under and they’ve risen to the challenge.”

The competitors had two hours to make a controller from a kit, which could then design and run a set of traffic lights.

Williams came up with the task himself, and it was then signed-off by the Chinese side.

He said the skills it called on “directly fits into FE curriculum, whether we’re looking at BTEC or another curriculum.

“It fits into what industry is looking for, which is engineers who are IT literate, who are digitally literate and have all the digital skills needed to push the envelope.”

He said a task that fits in snugly with the needs of industry was the whole ethos of WorldSkills, getting competitors ready for competitions, but also the world of work.

Each side was judged by experts from their own country, but Williams insisted the standards were “exacting”, with, for example, the soldering joints on the competitors’ projects being examined under a microscope.

He called the pressure tests “vitally important” because if they do not test the UK’s competitors against other national teams “we are going in cold to international competitions and that’s incredibly dangerous”.

There was a hitch when the computer screens they were using froze, but “generally it went very well,” Williams said.

Training his competitors for Shanghai will now continue virtually: each of them has a fully equipped electronics lab at home and they are communicating through Zoom.

The online pressure test comes after the WorldSkills Shanghai competition was pushed back from 2021 to 2022, and the EuroSkills competition, set to take place in Austria next January, was indefinitely postponed. 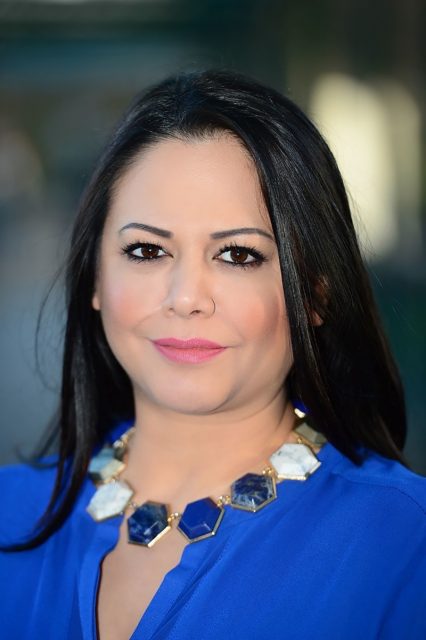 Head of skills development and international competitions for WorldSkills UK Parisa Shirazi said that traditionally, “we would pressure test by taking squad members to other countries to compete with their counterparts”.

But due to the travel restrictions around Covid-19, she said: “We are looking at new innovations and how we can simulate the same experience, the same pressure, with the use of technology.

“Today marks a really great step for us in how we can then look to adopt the principle of this livestreamed training activity, which enables us to benchmark and compare the standard our young people in comparison to our counterparts across the globe.

“What this gives us a really good proxy so we are then able to establish the distance our students and apprentices need to travel.

“And there are some really insightful lessons we can take away, as we can then say ‘are there differences in our education and training system that we’re maybe not teaching to the right level or standard in comparison to China?’.”

China was a key candidate for the test as their technical and vocational education system has had to adapt to the demands of a fast-growing industry, especially in electronic products.

So, Shirazi says, WorldSkills UK is looking at what China has done which they could adopt for the UK’s own system.

“The competition,” she says, “is a vehicle. Our ambition is looking at how we can mainstream excellence.”

WorldSkills UK is looking at holding a series of these events next year, with Shirazi saying Wednesday’s mini-conference was intended to “draw from the lessons we have learned about the logistics and operation of putting on an event like this, which we can then replicate across the multitude of skills in our portfolio”.

“We see in the UK, real value in this. For young people and where we can bring together policymakers, industry leaders and education providers across the globe, to collaborate and share practice.

“This is not something we’ve done before, and there is some real gold dust in that, I think.”

An example of this meeting of minds was exemplified in the Wednesday session, where Hao Bin, director general of international affairs for China’s ministry of human resources and social security, which runs the country’s participation in WorldSkills, said he was “honoured” to participate, recalling an old Chinese saying that: “No distance can separate friends and likeminded people.”

Shanghai will be the first time China has hosted the international WorldSkills competition since it joined the organisation in 2010, and Hao Bin said that had “helped to raise our level of vocational and educational training and teaching”.

He explained that his country wanted to learn from the UK as it has been a member of the movement that became WorldSkills in 1953 and has hosted three of the international competitions.

“In light of this, there is a lot we can learn from each other.”

Bentley-Gockmann gave a pre-recorded address to the event, in which he said: “I think that this is the start of a forward-looking partnership, where we can forge deeper and closer relationships on exchanging best practice within the world’s skills network.”