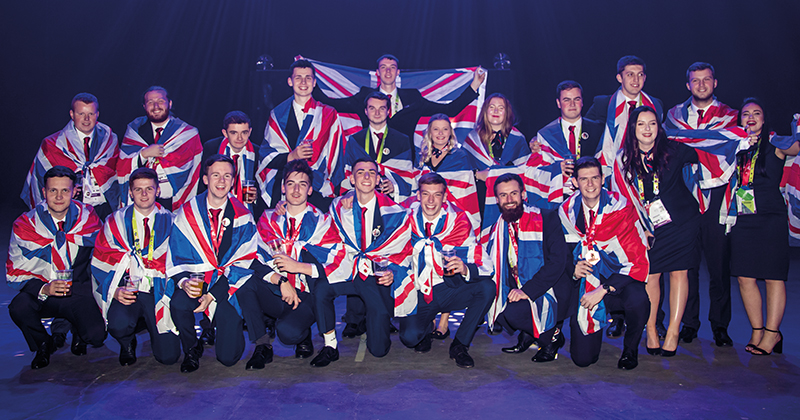 The EuroSkills 2020 competition, in which the UK was due to compete in January, has been postponed indefinitely due to the “worsening Covid-19 situation in Europe”.

Having originally been scheduled to take place in the Austrian city of Graz last month, EuroSkills was pushed back to January 2021 while the Austrian authorities re-organised to mitigate against the spread of the virus.

But WorldSkills UK chief executive Neil Bentley Gockmann said that his organisation has, this morning, been informed by WorldSkills Europe and the board of EuroSkills Graz 2020 that the decision has been taken to cancel the event again.

He added that WorldSkills UK was “saddened” by the “very difficult decision,” but “fully” understands it.

“We had been working closely with our colleagues in Graz to develop a comprehensive Covid-19 prevention concept but without being able to guarantee the safety of all delegates it is not viable to hold an event at this time.”

He thanked all of the Team UK members and training staff who have been working “tirelessly  to prepare for this competition”, and confirmed that training will continue for WorldSkills Shanghai, set to take place next September.

A statement posted on the competition website says the worsening Covid-19 situation and the stepping up of restrictions has “created enormous challenges” for event licensor WorldSkills Europe and the organisers EuroSkills 2020 GmbH.

Supervisory board chairman of EuroSkills 2020 GmbH Josef Herk stressed that while they had “no choice” but to postpone, the event is “not abandoned”: “We definitely intend to make the European Skills Championships happen at a later date.

“We are currently in close discussion with the international decision-making bodies.”

Speaking to FE Week last month, when announcing the team of 14 young skilled people who would represent the UK in Graz, WorldSkills UK deputy chief executive Ben Blackledge said it would be “fairly naïve” to say there was no chance EuroSkills would be postponed or cancelled.

The competition organisers had been looking at holding the opening and closing ceremonies with fewer people, and having members of the public taken on guided tours of the competition, rather than being allowed to move freely around the competition area.

WorldSkills UK’s own LIVE event was called off earlier this year, and will now take place virtually during November.