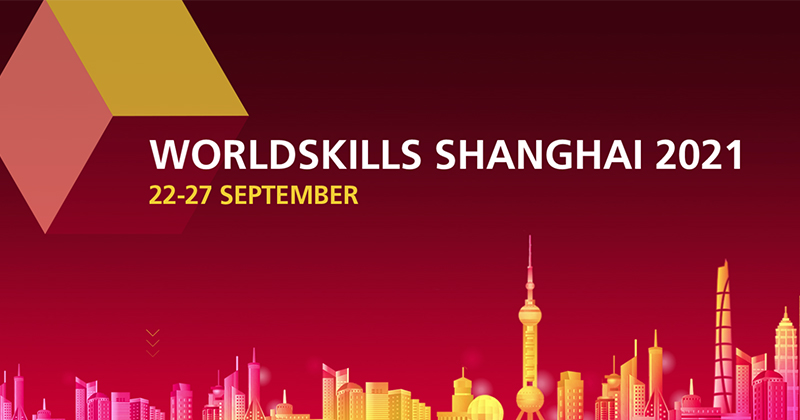 The next two WorldSkills competitions, set to take place in Shanghai in China in 2021 and Lyon in France in 2023, have both been postponed by a year due to the Covid-19 pandemic.

Competition organisers WorldSkills International announced today the competitions will instead take place in 2022 and 2024 respectively.

This comes after the EuroSkills competition, set to take place in Graz, Austria next January, was indefinitely postponed last month due to the “worsening” Covid-19 situation in Europe.

Preparations were already well underway for WorldSkills UK to take part in the competition, which had been due to include over 1,300 young skilled people from 60 countries competing in 56 competitions between 22 and 27 September 2021.

A longlist, known as Squad UK, of potential members of Team UK, who would compete in Shanghai, had already been drawn up with the aim of regaining this country’s top ten place among competing nations. This had been lost at WorldSkills Kazan in 2019, when the UK was pushed down to twelfth.

WorldSkills UK chief executive Neil Bentley-Gockmann said: “The UK remains committed to competing at WorldSkills Shanghai and we will continue to support our Squad UK members, their employers, colleges and training providers and the wider training team, who have been working tirelessly to prepare for the competition, so we can deliver a medal-winning performance for the UK in 2022.”

A new date for Shanghai has not been finalised, but it is expected the competition will take place between October and November next year.

The rules around age eligibility for the tournaments will also be amended for Shanghai, so all competitors in training for WorldSkills Shanghai will be eligible for selection.