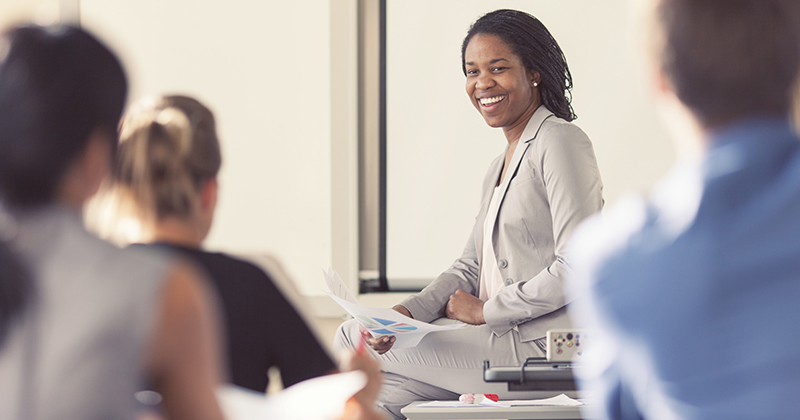 New college “business centres” will be launched by the government in an effort to hand employers greater influence over skills training, FE Week can reveal.

The centres were first proposed by the Association of Colleges in the membership body’s submission to the upcoming Spending Review where they called for a £40 million pilot of such “hubs”, and have since gathered support from Conservative MP Peter Aldous.

The policy comes amid government efforts to move employers to a more central position in directing what further education and skills provision is offered by their local colleges.

The Department for Education has now given the green light to the centres but remained tight-lipped about details such as how much the centres will cost, how they will work and when and where they will launch.

But in a document for new high-level roles in the DfE, seen by FE Week, the department says they will be “developing policies to give employers greater influence over skills provision, including development and launch of a new college business centres initiative in the autumn”.

A number of national newspapers have reported over the weekend the government is looking to make announcements on new education and skills initiatives over the next week ahead of the chancellor’s spending review on 25 November.

In its submission to the spending review, the AoC called for a pilot of “college business centres” in a small number of areas this academic year.

These “employer hubs”, the submission published in September reads, would help “overcome the commercial barriers to small-to-medium enterprises (SMEs) engaging with education”.

The AoC says the core aims of the centres should be to: “Enhance the capabilities of FE colleges to deliver knowledge-based collaboration with SMEs; generate and disseminate new information about the practical benefits to business; and contribute to stimulating demand to engage in innovation activity.”

There is a “significant opportunity” for new business centres to capitalise on existing links between FE colleges and SMEs to “deliver economic impact quickly”, as the association says the average college already works with around 600 businesses.

Subsequently, last month, at his parliamentary debate on colleges and skills to mark the annual Love Our Colleges Week, Peter Aldous, a member of the all-party parliamentary group on further education and lifelong learning, said the centres “should be established,” and the departments for education, and business, energy and industrial strategy should “work together to set up specific centres that support employers with expert advice”.

Speaking for the government at the debate, skills minister Gillian Keegan called the business centres an “interesting idea,” adding there will be “much discussion between colleges, the Association of Colleges, business groups, and the government” in the lead up to the FE white paper set for publication before the end of 2020.

Exemplifying how the government wants provision to parallel employer needs, Keegan told an FE Week roundtable in October that the first, full level 3 qualifications being funded for all adults under the prime minister’s Lifetime Skills Guarantee from April would have to have the respect of business and address a wide range of labour shortages.

FE Week also understands that the much-anticipated FE white paper could hand local chambers of commerce key powers over funding and priorities for skills provision in their area, in an attempt to replicate the German apprenticeship system much admired by ministers.

The DfE has also already launched a Skills and Productivity Board, which they say will provide expert advice on how to make sure courses and qualifications are aligned to skills employers need.

A DfE spokesperson said about the business centres: “We are considering  a range of initiatives designed to put employers at the heart of our ambitious FE reform plans. We will provide more details in due course.”