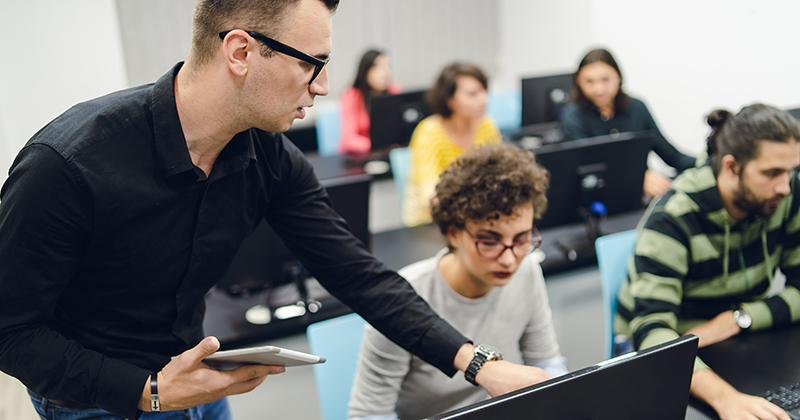 The digital skills bootcamps announced with the prime minister’s Lifetime Skills Guarantee could lead to adult education budget provision being elbowed aside by training paid for through the National Skills Fund.

A total of £8 million is being spent on the short courses in IT subjects such as cloud services, digital for advanced manufacturing and cyber security with links to job interviews to help people aged 19 and over gain employment in the digital sector.

Boris Johnson, announcing the bootcamps at a speech on the Lifetime Skills Guarantee last month, hammered existing programmes for adults: “We have seen a haemorrhage, in the past 20 years, in adult education – a million fewer [learners] than there were.

“We are going to change that right now,” he promised, saying that at the bootcamps, “you can learn IT whatever your age”.

At first, bootcamps will be funded through the Department for Education’s (DfE) unallocated resources; with a further expansion, which will include sectors such as construction and engineering, being paid for using the National Skills Fund from April.

The bootcamps build on pilot programmes run by the West Midlands and Greater Manchester combined authorities with established providers such as Dudley College and QA.

The first wave will be run by those two authorities as well as Lancashire Digital Skills Partnership and Liverpool City Region Combined Authority, and will shortly be joined by a second wave of providers in west Yorkshire, the south-west, and Derbyshire and Nottinghamshire.

Speaking this week at an FE Week roundtable on the Lifetime Skills Guarantee, skills minister Gillian Keegan emphasised the employability, rather than educational, purpose of the bootcamps: “It’s 12 to 16 weeks, so it’s quite intensive training, and is really trying to get people to get some quite valuable skills, which will lead them to employment in the digital sector and digital-based roles in particular.”

Bootcamps are just one of the already announced programmes being paid for over five years by the £2.5 billion National Skills Fund, which will also cover an entitlement to a first, full level 3 qualification for every adult, and now the National Retraining Scheme.

That is on top of a series of initiatives to triple traineeship starts in 2021. A tender went out last week from the DfE inviting bids for providers to start delivering traineeships for 19-to-24-year-olds.

Unlike adult education budget provision, the DfE has set much stricter stipulations on how these bootcamps ought to be run, mandating the length, linked job interview and subject focus.

Bootcamps could also be subject to quality checks as stringent as those for AEB courses, as Ofsted has said it will be reviewing, with the DfE, “whether such programmes would fall into our inspection scope in future”.

Prime Minister Boris Johnson uses a trowel to build a brick wall during a visit to Exeter College, where he made a speech outlining the Lifetime Skills Guarantee

The DfE will be using information the bootcamps gather to inform the design and delivery of the National Skills Fund, and FE Week understands the bootcamps have been divided into a first wave for local authorities, and a second wave, where the DfE tendered for providers directly, to test which model works better, ahead of the expansion next year.

Recruitment for the bootcamps started on September 29 and the courses must be completed by the end of March.

The pilot project West Midlands Combined Authority’s (WMCA) bootcamps are building on was called the Beat The Bot fund, run with £5 million from the National Retraining Fund.

This programme involves 20 providers training local people to move into tech jobs, or to retrain if they are at threat from redundancy due to automation.

One of the participating providers was Dudley College, which delivered tutelage in areas such as coding and digital media to over 140 people.

“Early evaluation indicates the programme was highly valued by learners,” a college spokesperson said, but “a full review is now taking place so lessons learned can inform future activity”.

The WMCA has been given £1.5 million by the DfE to run these new bootcamps, which the authority says will reach “hundreds” of people.

How intensive the bootcamp will be will vary between each of its 20 component courses, which include full-time, part-time and remote training, with a mix of faceto-face and online sessions – adapted for Covid-19.

The GMCA, meanwhile, has said it will announce the funded projects for the next bootcamps by mid- to late October, and they will be paid for with £1.5 million from the DfE.

Their key requirements, a spokesperson said, will be to deliver the skills and wider competencies that employers require to recruit to specialist digital roles and that a learner gets a job at the end.

Training does not need to be qualification-based or accredited, though it can be if that is important to enter employment.

The bootcamps will have a mix of online and face-to-face learning and will be taught in smaller groups than those for AEB-funded provision as the new courses will be much more focused on work-readiness.

GMCA’s original programme, the Fast Track Digital Workforce Fund, was run in partnership with the Lancashire Digital Skills Partnership, and was funded with £3 million from the Department for Digital, Culture, Media and Sport.

Although Covid-19 has created “significant and widespread challenges in the employment market”, the spokesperson said around one-fifth of learners have progressed into employment from the course.

Technical skills training provider QA was one of those involved in delivering GMCA’s pilot. Sales director Adam Jones told FE Week said it was a 12-week programme which taught participants, for example, how to work on operating systems such as Linux and the software development tool Jenkins.

“These are all really specific technologies with established skill shortages within the Lancashire and Greater Manchester region.” 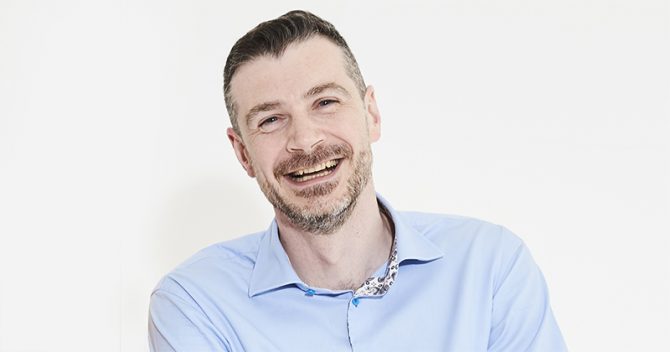 He stressed the importance of attracting and recruiting candidates as “just as important a part of meeting the digital skills gap need as the training intervention itself”.

The Lancashire Skills Partnership, which is delivering the bootcamp for their county, worked with GMCA on its pilot, but said they are “excited to work with the DfE digital bootcamp programme to extend this work and support even more residents”.

The development and running of their bootcamps will run along the same lines as GMCA, and the DfE has said Lancashire will share the funds allocated to Manchester, but would not say how much they would be given.

Liverpool City Region Combined Authority will be running bootcamps with £1 million in funding, and providers can register their interest in taking part via the Digital Skills for the Workplace website.

“We are very keen to hear from creative and proactive providers who can work with us to provide training content that will meet the needs of our regional employers and the individuals seeking to re enter the workplace,” a spokesperson said.

Once they believe they have the supply to meet employer demand, the registration process will be closed.

What is required by employers will dictate many aspects of their course, including the intensity and the delivery method of the course, even down to the number of people who take part: if employer demands are quite expensive, fewer people can take part.

The DfE has said it will announce which providers will deliver the second wave of digital skills bootcamps early next month.

Employers, local authorities and providers had to bid as a group for the £4 million contract by October 2.

Successful bidders have to design and deliver training courses of around 12 weeks to “provide a pipeline of individuals” to guaranteed interviews with employers.

The DfE “expects” at least 75 per cent of learners will move into a new job or role, the document states.

One organisation which took part in a bid, for the Derbyshire and Nottinghamshire leg, was the D2N2 local enterprise partnership.

Head of people and skills Rachel Quinn said the bid they are part of has 20 providers lined up to deliver a 12-week course, which they hope will reach up to 800 people.

She added: “There is a clear steer that this should absolutely focus on identified skills shortages, thereby maximising the impact the funding can make in securing progressions. In D2N2 we are specifically including aims to increase female participation.”