A former college principal who championed further education and skills as a member of Parliament has been knighted in the 2020 Queen’s Birthday Honours.

Nic Dakin, who represented Scunthorpe from 2010 to 2019 after having run Sir John Leggott College in the city, is one of 20 FE and skills figures to have been recognised.

Other honourees include the principals of Nelson and Colne College, Harlow College and the Grimsby Institute of Further and Higher Education, and three medallists from WorldSkills Kazan 2019.

The honours list was originally due to be published in June, but was pushed back until the autumn, so it could recognise people who helped tackle the Covid-19 pandemic.

Speaking to FE Week, Dakin said when he was first told in June he had received the honour, he thought it was a hoax.

“It’s a surprise. I’m really pleased to be recognised for my work in further education, as well as my work politically.

“Standing up for further education has been an important part of my work, championing issues around post-16 funding and adult learning during my time in Parliament.”

During his time as a Labour MP, Dakin served as shadow schools minister, on the education select committee and has regularly spoken out in favour of increased funding for FE.

He says he kept “banging on” about FE, so by the time he left, “I wasn’t a lone voice, you heard voices from the Conservative and Labour benches”.

“It’s humbling,” he said, “to be picked out when there are so many great people working in the FE sector”.

Sir Nic, who only told his wife yesterday, is not sure if he will use the honour, but may do “if it helps improve the lot of other people”.

Amanda Melton, the principal of Nelson and Colne College who also sits on The Independent Commission on the College of the Future, has been given an CBE.

She said working in colleges for 26 years has been a “complete privilege,” and she owes the honour “directly” to the roles she has had to “shout out for FE” with, “most importantly the College of the Future Commission”.

Melton said her dad, who died three years ago, would have been “completely blown away that his little girl was honoured in this way”.

The principal of Grimsby Institute of Further and Higher Education Debra Gray has been made an MBE for services to education.

Her college set up Stansted Airport College in 2018, and she chairs a working group on STEM aviation jobs and skills for the all-party parliamentary group on general aviation.

Spencer said she was “extremely proud” of the honour, which was a “real testament” to the sector, her staff, students and the governors.

“I have an amazing team and I am delighted to share this amazing recognition with them. I am really proud to be their principal.”

The former chair of Wigan College, Frank Costello, who served in that role for three of his 20 years on the college board, is another recipient of the MBE.

The chair of the South West Apprenticeship Ambassador Network Nigel Fenn has also received an MBE. The network acts as a representative body for apprentice employers in the area.

In his other role in human resources at Pennon Group, he started the apprenticeship programme at subsidiary company South West Water, which now has 120 learners and are looking at a target of 500 starts over the next five years.

Fenn said he feels “fantastic” about the “huge honour,” and while he does not see himself as a figurehead for apprenticeships, he is “passionate” about it: “Seeing them move into our permanent workforce is so refreshing.” 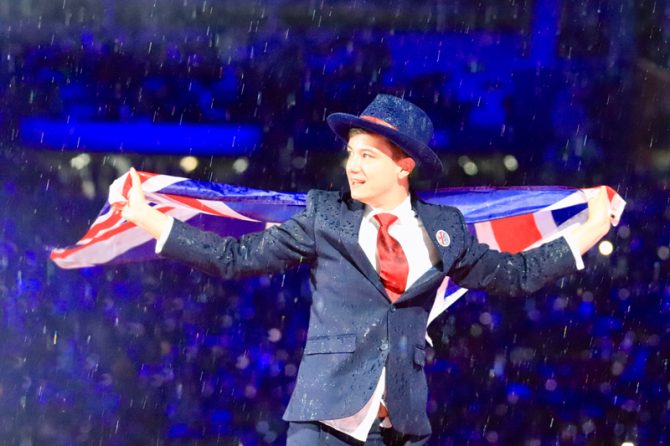 Another of those recognised is Haydn Jakes MBE, who won a gold medal in aircraft maintenance at WorldSkills Kazan.

Jakes “couldn’t quite believe it” when he received the letter, he said.

“Winning the gold medal was such a fantastic experience, it meant the world to me and to be recognised for this achievement is just brilliant,” he continued.

Rebecca West, who won gold in beauty therapy, has received the same honour, as has Jakes’ training manager Martin Yates.

Conor McKevitt, who won silver in car painting in Kazan, and Phoebe McLavy, who won bronze in hairdressing, have been awarded the British Empire Medal. 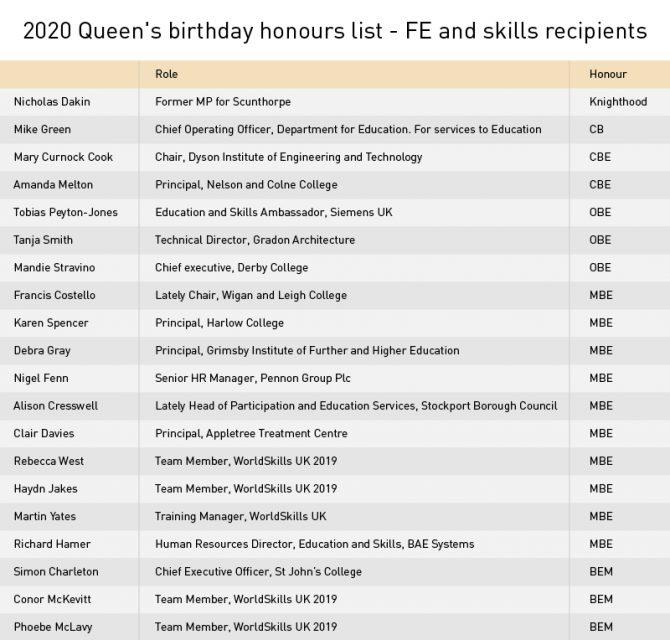