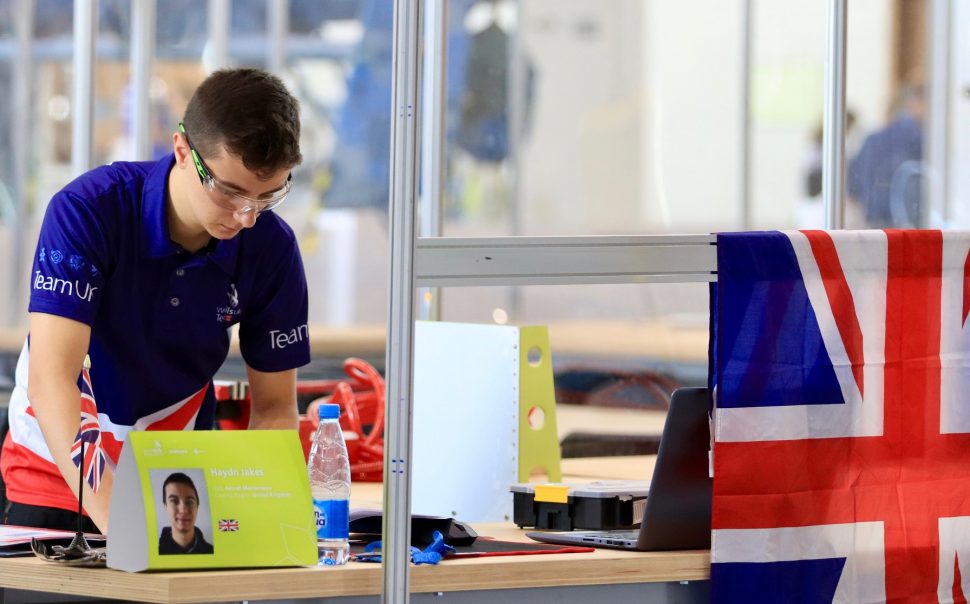 Team UK has scored a gold medal in aircraft maintenance, thanks to the efforts of competitor Haydn Jakes.

The Nottingham University learner improved on the UK’s previous result at WorldSkills 2017, where it achieved a medallion of excellence after being just six points off a medal position.

It is the latest success for Haydn, who won a silver medals at WorldSkills UK Live in 2017 and the WorldSkills Russian National Finals.

Having completed an apprenticeship with Marshall Aerospace and Defence Group, he is now studying for a degree in aeronautical engineering at the University of Nottingham.

He said his training with WorldSkills has meant he is “much further ahead” than his peers at university, in terms of real-life skills and knowledge.

After WorldSkills 2019, he hopes to continue his degree and carry on working in the aeronatical industry.