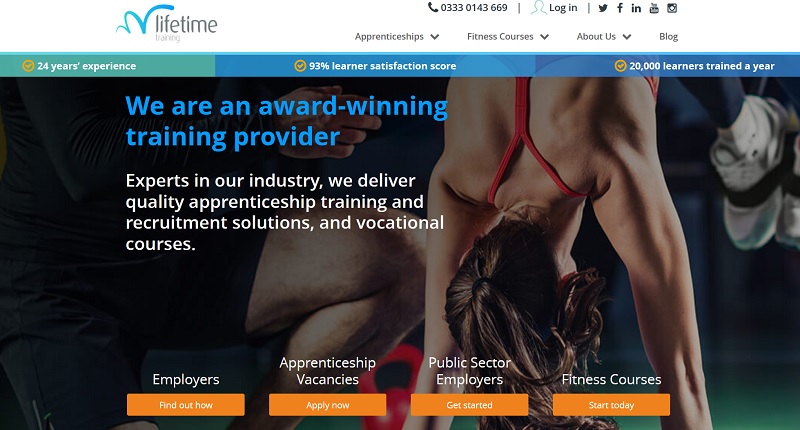 England’s largest apprenticeship provider is planning to slash around 300 jobs as it battles with “significantly reduced” learner numbers caused by Covid-19, FE Week can reveal.

The move by Lifetime Training Group will see its workforce drop by up to a quarter.

Chief executive Alex Khan said that historically his provider has averaged around 1,800 apprenticeship starts a month but since the pandemic hit they have averaged around 350.

He told FE Week: “Lifetime’s workforce is built based on the number of learners that we have on programme and undertaking assessment.

“Following a period of significantly reduced apprenticeship enrolments combined with learners continuing to achieve their apprenticeships, we expect to see a downturn in learner numbers across the group while the economy rebuilds over the coming months.”

As a result, Lifetime Training has now entered a period of consultation with its staff and propose to make reductions of circa 20 to 25 per cent – around 300 job losses across a “range” of roles.

Khan added that his provider is just one of a “large” numbers of training firms needing to make headcount reductions to stay afloat as the impact of the pandemic bites.

Last month, FE Week revealed that another one of the country’s largest apprenticeship providers – QA Ltd – was also planning to make hundreds of redundancies.

Colleges, such as Bradford, are also having to make large scale redundancies following a drop in apprenticeship business caused by Covid-19.

Lifetime Training Group has grown considerably in recent years after private equity firm Silverfleet Capital acquired a majority stake for a rumoured £115 to 120 million, according to Edu Investor.

Aside from their apprenticeship provider, the group includes awarding body Innovate Awarding and Edtech provider Skilltech Solutions and currently employs just over 1,200 staff.

Lifetime Training stands out as by far the largest apprenticeship provider in the country, with a cohort planned to finish in 2018/19 of 16,060 apprentices, more than double the British Army, the next largest provider.

Lifetime also topped the list of providers receiving funding from levy-paying employers last year after it was paid £51.5 million – almost double the next closest provider QA Limited on £26 million.

Khan said his provider’s starts figures have dropped to around 16,000 this year, with the lockdown months of April and May experiencing the largest fall.

While Lifetime Training is forecasting higher numbers next month when the government’s employer incentives kick in, the learner volumes on programme in the short to medium term “do not justify” the current headcount.

Khan added that it will take “some time to return to our historical averages” but it is “likely that in the future we will rebuild capacity”.

The provider is rated ‘good’ by Ofsted and recorded a turnover of £62 million and profit of almost £11 million in its most recently published accounts for the financial year ending July 2018.

The government has offered providers extra financial support if they are struggling with low starts numbers through their Covid-19 supplier relief scheme, which allows bids for apprenticeship and adult education budget funding in advance of delivery.

However, any apprenticeships funded through the government’s digital system – mostly with levy-paying employers – are not eligible for the support.

Khan said Lifetime Training has not has not applied to the relief fund because around 90 per cent of their apprenticeships are with levy-paying employers and are therefore ineligible.