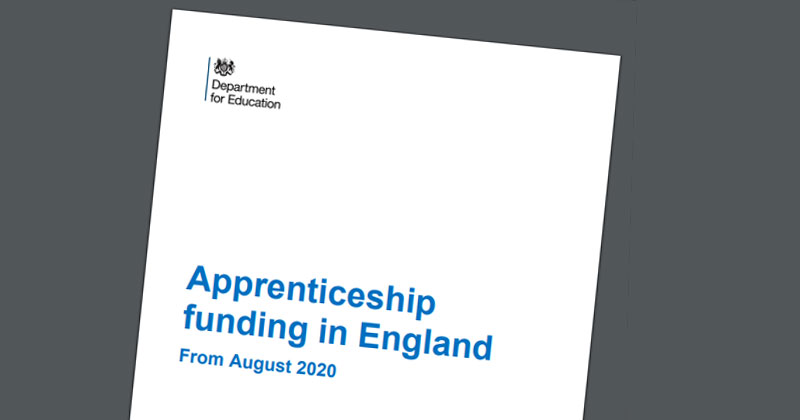 The Education and Skills Funding Agency has this afternoon published details of the eligibility rules for the new apprenticeship employer incentives.

Cash “bonuses” for new hires that start an apprenticeship were first announced by the chancellor as part of the summer statement last Wednesday.

Eligibility for the cash, we now know, requires that the apprentice “must not have been employed by the employer within the six months prior to the [apprenticeship] contract start date”.

The document goes on to say that there is no limit on the number of incentive payments and “the payment will be made directly to employers in two equal instalments, where the apprentice is still in learning at day 90 and day 365”.

This means, unlike the current £1,000 payment to the employer for taking on a 16 to 18-year-old (which remains in place and is passed on to the employer by the provider) the employer will need to claim the incentive payment via the online apprenticeship system from 1 September 2020.

With the 90 day rule, the earliest the first half of the incentive payment would be received for an apprentice starting in August would, it seems, be 30 October.