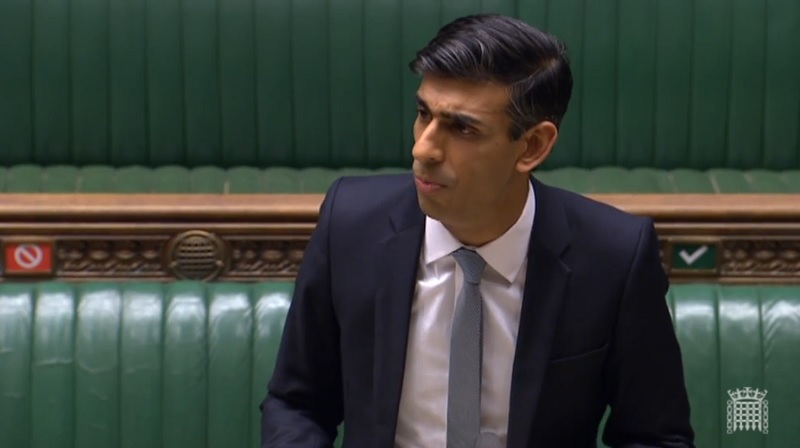 Chancellor Rishi Sunak has announced a “brand new bonus” for employers to hire apprentices over the next six months.

From August to January, any firm that hires a new young apprentice aged 16 to 24 will receive £2,000, while those that hire new apprentices aged 25 and over will be paid £1,500.

Announcing the incentives during his summer statement, Sunak told the House of Commons: “We know apprenticeships work. Ninety one per cent stay in work or go on to further training.

“For the next six months we are going to pay employers to create new apprenticeships.

The Treasury has since published a “plan for jobs” document, which states these payments will be in addition to the existing £1,000 incentive the government already provides for new 16 to 18 year-old apprentices, and those aged under 25 with an education, health and care plan where that applies.

It means that employers could receive up to £3,000 for hiring 16 to 18 year old apprentices from August to January.

Sunak used his speech today to confirm plans for a £2 billion “kickstart” scheme, which will pay the wages of hundreds of thousands of people aged 16 to 24 who are claiming universal credit to take six-month work placements.

He also announced a £111 million investment to triple the scale of “proven” traineeships in 2020-21, an extra £32 million for the National Careers Service to provide tailored jobs advice to a quarter of a million more young people, and £17 million of funding from the adult education budget to almost triple the number of “sector-based work academy placements” next year.

And there is an extra £101 million for school and college leavers to return for a third year (full story here).

Lastly, Sunak announced plans for a job retention bonus, meaning employers who bring back workers from furlough and continuously employ them until January on at least £520-a-month would receive £1,000 for each employee kept on.

“The scale of the challenge means that a financial incentive was an absolute necessity to get more employers on board and we believe that today’s announcements will help achieve that aim. As he said, we can’t lose this generation of young people,” he added.

On the kickstart programme, Dawe said the “big question is will a young person on the scheme be able to start an apprenticeship on day one?

“Without this, the incentives for kickstart will wipe out new starts for apprenticeships for the 18 month duration of this very attractive offer of wage support – a very unintended consequence.”

Association of Colleges chief executive David Hughes said that “we need to see more of the details and vitally how this all fits together, particularly how education and skills provision are part of the package, particularly within the kickstart scheme and for adults”.

“For young people, for adults, for advisers and for employers the range of incentives are potentially bewildering,” he continued.

“We will work with colleges and with DfE and DWP to make this more coherent, so that the incentives work for the widest range of people and employers in the all circumstances.”

Hughes added that it was “disappointing that there was little for adult education today”.

“Despite the chancellor’s bonus to retain furloughed workers, we expect many to be facing redundancy in the autumn.

“For that group and unemployed adults we wanted to see a stronger package of training to help them be successful in a very different post-pandemic labour market.”