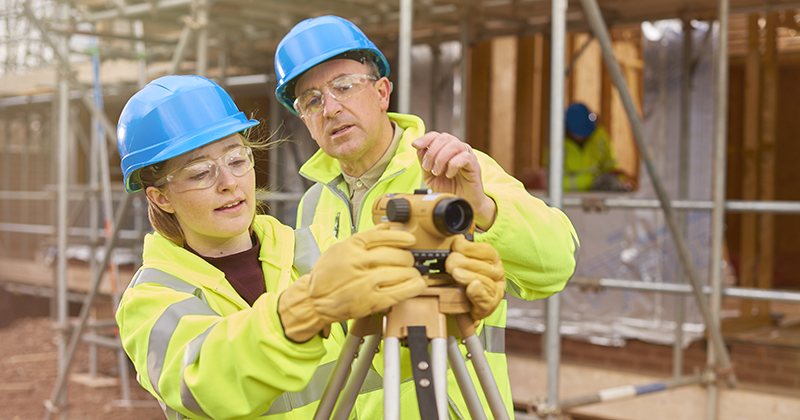 “We just needed the government to get behind the programme properly”

The proposed tripling of traineeship starts with a £111 million boost is perhaps the brightest piece of news for skills since the pandemic began, writes mark Dawe

We may be kickstarting traineeships from a modest base, but a multiple of ten being applied to the budget for the adult cohort (18-24) is definitely a giant leap forward. AELP has always been a strong believer in the potential of the programme but the past four years has been an undoubted struggle in terms of others sharing our evangelical zeal. For those delivering, there have been hidden regulatory and performance measure barriers that have meant that the programme has bounced along the ground and never really taken off. So we might be forgiven for yelling hallelujah when the front page headline of the Telegraph popped up on Sky News on Sunday night.

The £111 million expanded budget and the proposed tripling of traineeship starts is perhaps the brightest piece of news for skills since the pandemic began and hopefully this Wednesday’s summer statement will be an important landmark for apprenticeships as part of the economic recovery effort with traineeships being just one element of a much larger commitment to skills and apprenticeships.

So why are we suddenly witnessing a Damascus moment for traineeships? Put simply, they work. Having said that, finding the hard evidence to prove it is a little tougher now.  The positive outcomes for the programme have been defined from the start in 2013 as progress onto an apprenticeship, a job or further education, but the ESFA measured success through completions of qualifications leading to a fatal disjoint and significant disincentive to those providers considering delivering the programme.  More recently, the government has referred to the first two outcomes as the principal ones, but data specifically on job outcomes is sadly no longer published.  When apprenticeship and job outcome data were published together originally, there was a very encouraging story to build on.

Last summer, FE Week reported former skills minister Anne Milton hailing a 75 per cent progression rate for traineeships based on findings from a research report for the DfE but this rate covered all three outcomes. Nonetheless the same report found that traineeships had a significant positive impact on employment of 19-23 year olds, both when considered in terms of whether individuals were in employment 12 months later, or whether they had had any employment spell within 12 months of starting. The report added that over half of trainees aged 19-23 (53.2 per cent) had worked in the 12 months since starting their traineeship, compared with 29 per cent of a matched comparison group. Finally their real impact was being recognised. When those numbers are set against the cost of Universal Credit, then a £111 million bill for 30,000 traineeships must look like peanuts to the number crunchers in the Treasury and DWP, and if this initiative is successful, we are sure that there will be further investment to follow.

AELP has almost been a lone voice in championing traineeships and partly this has been because other observers have tended to just judge their effectiveness in terms of them being a pre-apprenticeship programme whereas our members see them as a much wider solution to reducing the 771,000 young people in the NEET group.  Sometimes an individual just needs to start work, and once settled, can then progress into further training and learning.  It was therefore no surprise that the government came to us a month ago asking us to re-submit updated proposals on how to reboot the programme and we then advocated a financial incentive for employers as part of the post-pandemic response. The government has also granted another of our requests to widen learner eligibility.

The Treasury announcement is terrific but if we want traineeships to have a sustainable long-term future, the government must adopt some of the other proposals which AELP has made. Most critically we need a responsive funding system that allows providers to identify employers willing to support the programme and ensure they have access to the funding to match this demand in a flexible manner. Many providers, who have strong relationships with thousands of employers, deliver apprenticeships and adult education programmes; they should have the opportunity to deliver traineeships as well with the success measure being the outcomes that are at the heart of the programme.

The latest data for traineeships shows a 79.4 per cent completion rate for 2018-19. We never needed rebrands or wholesale redesigns; we just needed the government to get behind the programme properly. The Treasury announcement suggests that the message has got home and AELP is delighted.