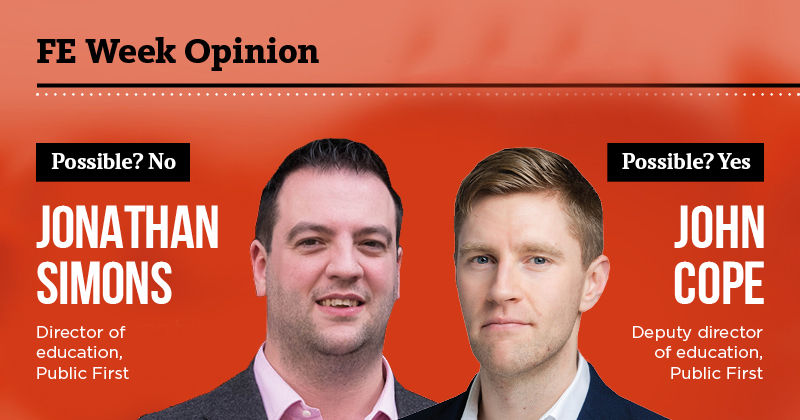 An apprenticeship is a protected term in law. It means that someone undertaking one must be following an approved programme of study; must be eligible for off-the-job training for a proportion of the week; and must be employed.

That last element is crucial. It’s what makes an apprenticeship different from college-based learning, which can be done in or out of employment.

The government is very keen on apprenticeships, mostly because of the link to employers. As well as hiring the apprentices, groups of employers have also set the standards that apprentices work towards. And it is employers who choose which apprentices to take on in their company, and how many, and where to deploy them. All of this activity is covered under the much-used phrase “an employer-led system”.

And it’s because we have an employer-led system that we simply can’t have an apprenticeship guarantee: because it’s not within the government’s gift. Unlike university places, or college places, which can be more or less expanded as far as the government would pay for them, apprenticeships also need employers willing to offer them.

And all the data suggests that this is going to be very difficult. Many current apprentices are having their training paused, and new starts are plummeting, as companies furlough their staff and wait out the Covid storm. Sadly, it looks as if the economic recovery will be slower than first thought. It’s unlikely that many companies will be returning to pre-crisis levels of training, let alone offering more.

Of course, there is more that government can and should do to promote high-quality apprenticeships – and I’m all in favour of those things that John sets out. But to offer a guarantee to young people, when it can’t be met, isn’t just semantics – it’s misleading, and poor policy.

In normal times, employers should lead the apprenticeship system, as ultimately there needs to be a real job at the end. We are not in normal times though – as the prime minister’s “apprenticeship guarantee” for young people rightly recognises.

The proposal has already been met with a barrage of doom-mongers and scepticism. Some justified, given the pace of apprenticeship reform, and from a policy purist point, you can never 100 per cent “guarantee” anything. Such thinking, though, would have vetoed the furlough scheme as “too expensive” and flinched at helping the self-employed as “too hard to administer”.

More than any politician, Boris Johnson understands that to govern is not about patching up the status quo. Politics is the art of the possible – the attainable. Are we saying young people don’t deserve the same exceptional support our economy has received? I hope not.

So how could it work?

Cash incentives for the private sector

The UK is an outlier internationally. We pay high apprentice salaries (much more than Germany) and employers pay a levy and all the costs of taking on an apprentice. In normal times, a reasonable expectation. But now?

We should flip this on its head, like in Australia. The government should pause the levy and actually pay employers to take on an apprentice (on the condition there is a job at the end).

Fire up the public sector

The public sector is already a huge apprenticeship provider. We should crank this up even more. And not just for the sake of artificially keeping NEET figures down – this is an opportunity to fill critical shortages. We need more nurses, more teachers, more police. There is an apprenticeship route ready for each.

So there we go – how the PM’s “apprenticeship guarantee” could be delivered with political will, new money, and vision. Young people deserve nothing less. 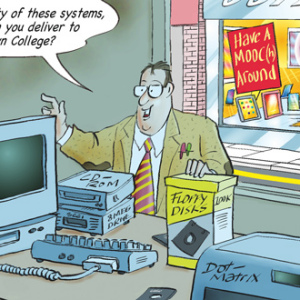