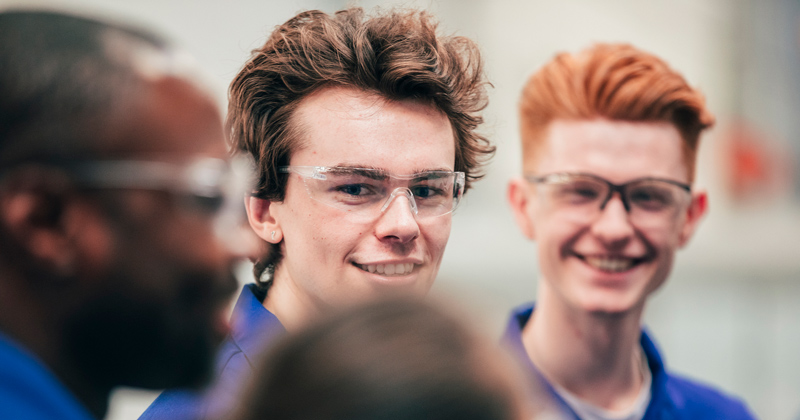 “Over the past year our apprenticeship dream seems to be stalling”

Prime minister Boris Johnson last night told the nation that young people “should be guaranteed an apprenticeship” as part of the country’s recovery from Covid-19. Robert Halfon, who first proposed the idea, explains how this radical measure is a chance to re-establish a ladder of opportunity

Last week I raised with the prime minister the idea of an apprenticeship guarantee for our young people, with everyone between  16 and 25 with the right qualifications having access to an apprenticeship in a relevant business or social enterprise.

We must recognise the hugely important role that apprenticeships can play as we emerge into a post-pandemic society. It is vital that the government takes radical action to harness their benefits for the good of our economy and next generation.

The apprenticeship guarantee would be funded by the £3 billion skills budget announced in the Conservative manifesto at the general election. This money would cover the training costs of every would-be apprentice. The Department for Education must then make sure that there is a proper progression of apprenticeships from level 2 to degree level, and make sure every young person can be given that opportunity to move on.

FE Week has posed an important question about how the apprenticeship guarantee would work. I am pleased that Boris Johnson has agreed to look at the idea as a first step and it now falls on everyone with a stake in making apprenticeships a success to get together to work out how to make it happen.

It is all about putting in place the conditions for apprenticeships to flourish and I am determined that the education committee will play its part in pushing the government to act and work with businesses and training providers on a radical new approach to skills.

There needs to be an evangelisation of what apprenticeships can do, from the prime minister all the way through to every member of the government. We are lucky that the education secretary is passionate about skills and further education – and that Gillian Keegan, the skills minister, did a degree apprenticeship (the only MP to have done so).

Every day, ministers, MPs, peers and all those in authority should be talking up apprenticeships, and encouraging businesses to take apprentices on and young people to take them up. Businesses, FE colleges and training providers need more support to make this possible.

Finally, there should be a target that 50 per cent of students study degree apprenticeships in which they will earn while they learn, have no debt at the end and, unlike many graduates, be virtually guaranteed a good job.

Over the past few years it looked like we were really making progress in building an apprenticeship and skills nation. Between 2010 and 2015 more than two million apprenticeships were created – since then another 1.5 million. About 90 per cent of qualified apprentices then stay on with their employers.

Sadly, over the past year our apprenticeship dream seems to be stalling. Even before the pandemic, the number of apprenticeship starts in the first half of the last academic year had dropped by 11 per cent, with an even greater drop of 15 per cent for those aged between 16 and 19.

Last month’s report from the Sutton Trust laid bare the challenge that apprentices and businesses have faced from Covid-19. It suggested up to two-thirds of apprentices have lost out on work experience or learning, with more than a third furloughed. Eight per cent have been made redundant and 17 per cent have had off-the-job learning suspended.

The results of this survey are incredibly worrying. Not just because our skills deficit will widen – the OECD found that 40 per cent of workers in the UK are in a job for which they are not properly qualified – but, more significantly, because hundreds of thousands of young people may not have a chance to climb the jobs ladder once this awful pandemic is over.

We’ve done enough tinkering with apprenticeships, the levy clearly is here to stay and it is right that big business should contribute to the cost of training. We now need a bold grand vision, something that will really excite the nation and say to every parent that their son or daughter will have an apprenticeship, skills training and a job future-proofed for the fourth industrial revolution.

The coronavirus pandemic should be recognised as an important moment for re-establishing a ladder of opportunity. With an apprenticeship guarantee, every young person will have the chance to get the skills and training they need for a prosperous future.