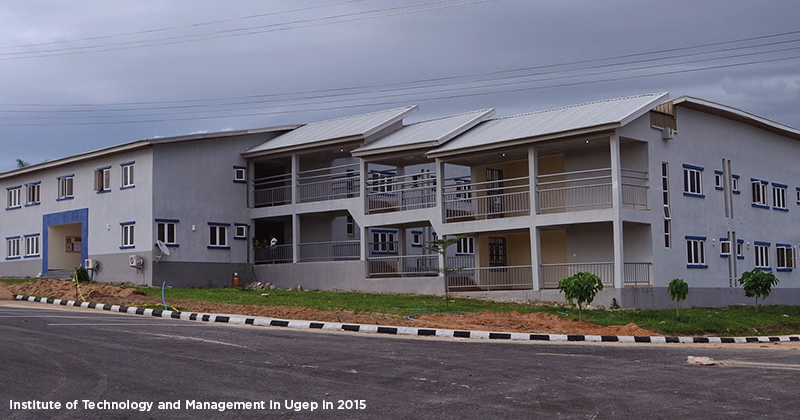 A college tied up in a long-running legal dispute with a Nigerian State has accepted a loss of £91,000 after clearing out their Nigerian bank account.

Portsmouth-based Highbury College has been holding onto cash that was paid in the currency of Naira, previously estimated to sit at around £400,000, for a number of years.

The cash-strapped college, which is also currently engaged in a £1 million legal battle with HMRC and has delayed signing off on its 2018/19 accounts following FE Commissioner intervention, had been waiting for a good exchange rate to recover the funds.

But a decision was taken by the board in recent months to retrieve it, and only £309,000 was repatriated.

A spokesperson told FE Week: “These funds were a legacy from an international project which concluded some years ago.

“The college had been waiting for a more favourable exchange rate which unfortunately has not materialised and was not forecast.”

Legal action to recover an additional £1.4 million that the college claims to be owed is “ongoing”.

The alleged debt is being held by the Cross River State Government – a coastal state in southern Nigeria.

In 2013, the college entered a partnership with the State to design a “demand-driven curriculum” and run a polytechnic training provider, called the Institute of Technology and Management.

But Highbury pulled out of the arrangement following a change in political parties in Nigeria in 2015, alongside a drop in oil prices which slowed down the economy.

Confidential board minutes obtained by this newspaper in November revealed that Highbury believes they have a “medium opportunity” of recovering just £872,000 of the £1.4 million.

Court cases had been pushed back a number of times throughout 2019. The college’s spokesperson said this week that due to the “ongoing nature of the legal proceedings”, they are “not able to comment further at this time”.

The confidential minutes also revealed the college has an ongoing legal challenge against HMRC for “recovery of VAT” totalling £1 million.

Highbury’s spokesperson said it is “one of a number of colleges that are challenging HMRC’s interpretation of Lennartz adjustments” in relation to new buildings on its main campus in Hampshire.

The college has been through a period of turbulence in recent years. Its accounts for 2017/18 recorded a £2.48 million deficit and showed a quick sale of their City of Portsmouth Centre for £4 million less than it had been purchased for.

Highbury axed its sixth form last year owing to financial pressures and made a number of staff redundant.

The government intervened at the college in September 2019 after an FE Week investigation revealed how its long-standing principal, Stella Mbubaegbu, had spent £150,000 on expenses in four years, which included one-off lavish items such as a £434 pair of designer headphones and a lobster dinner.

The principal has since been replaced in the interim by Penny Wycherley, while chair Tim Mason has been replaced by ex-chief executive of the Association of Colleges, Martin Doel.

The college’s 2018/19 financial statements, which should have been signed off and published by 31 January, continue to be delayed.