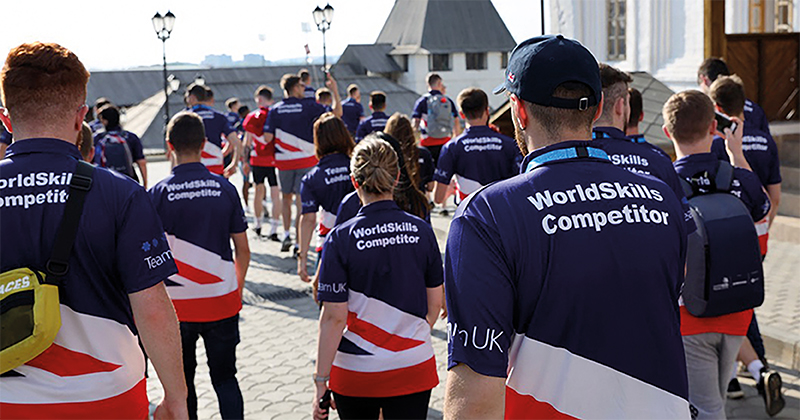 Colleges from across the UK are now being invited to take part in the first wave of the WorldSkills UK Centre of Excellence programme.

Twenty slots are up for grabs for general further education colleges that have over 1,000 learners aged 16 to 18 and a “broad” curriculum offering which want to take part in the three-year pilot programme.

WorldSkills UK’s head of education and skills competitions Parisa Shirazi, who is leading the programme, called this a “milestone moment” with a “unique chance for colleges to join us on the dawn of a skills revolution”.

The centre, which is being sponsored with £1.5 million from awarding organisation NCFE, was first announced last month and will involve five training managers, who train the UK’s competitors for the WorldSkills and EuroSkills events, employed as “high performance coaches” to work with lecturers in a professional development capacity.

In addition to face-to-face learning, digital masterclasses will be on offer, featuring sessions with training managers from other countries. Shirazi said WorldSkills UK will look at “matching colleges with coaches based on both skills specialism and geographical location”, and what they will be passing onto tutors is transferable between subjects. Performance coaches will also work with NCFE to help shape and inform its assessment, qualifications and awards as part of the centre.

Meanwhile, conversations are ongoing with the Department for Education and the Institute for Apprenticeships and Technical Education, which are said to be “very supportive” of the centre, about how this work can influence training standards across FE.

With the programme due to be rolled out from September, and ten more providers to be picked for next year and the year after, WorldSkills UK and NCFE hope the centre will impact more than 120 educational institutions and around 1,000 educators.

While the first wave of applications will only be open to colleges, WorldSkills UK has said it will look to include private training providers in year two of the programme.

However, the launch takes place in the shadow of the Covid-19 outbreak, which has already forced colleges to close campuses to most students and move to online learning until further notice.

Shirazi said they “fully appreciate and understand the challenges colleges are facing” with the outbreak, but decided to continue with the launch of the application process with NCFE due to the “high level” of interest received about the centre.

She said they would work with the appointed colleges to agree an appropriate time for when they can begin working with staff.

“We want to support and celebrate the sector during this difficult time,” she added, and said if current circumstances prevent some colleges from engaging in the process, they can take part through the online masterclasses.

NCFE chief executive David Gallagher said he was “actively encouraging” colleges to take part in this “pioneering” project, as “the role educators play to teach, encourage and inspire their learners to be the very best they can be” is central to skills development.

Applications will close on 2 June. Anyone interested in applying should visit https://www.worldskillsuk.org/centreofexcellence.