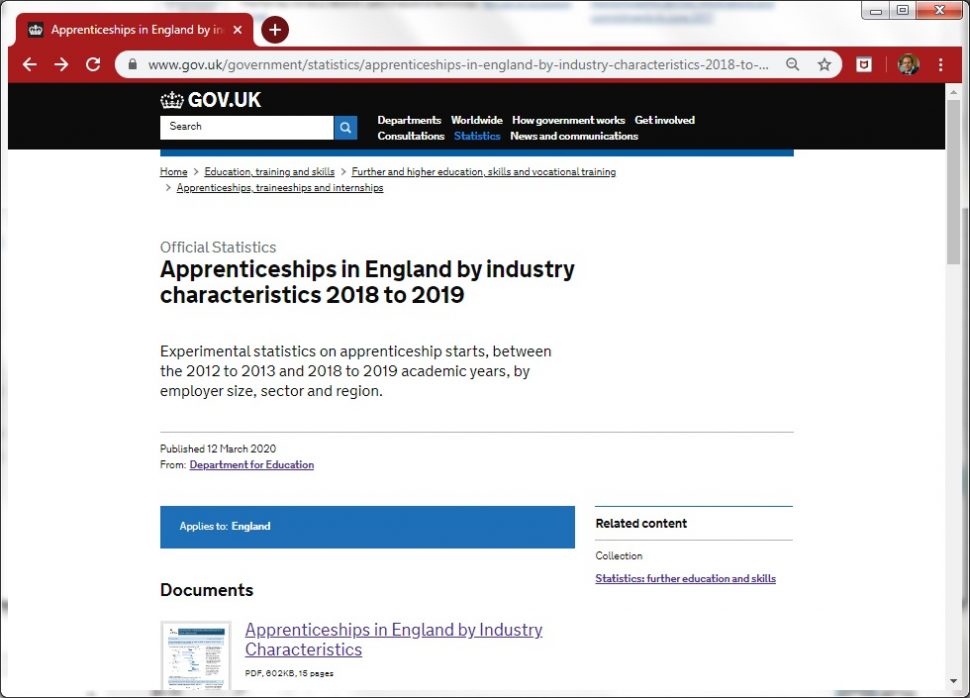 The Department for Education has this morning published “analysis looking at the impact of the introduction of the apprenticeship levy on employers engaging with apprenticeships”.

The analysts found: “Apprenticeship starts have become more concentrated in large employers, since the introduction of the levy.

The DfE first published this “experimental” data on “apprenticeships in England by industry sector” (click here) in October 2018, but with no data from after the levy was introduced for starts in May 2017.

The plan had been to publish more up-to-date data in October 2019, but this was delayed until today, in order to “include data from the 2018 to 2019 academic year”.

Today’s data follows repeated warnings from the Association of Employment and Learning Providers that levy shortages meant small to medium enterprises were being cut out of apprenticeship funding.

When making her plea she said the levy has led to small businesses cutting their training by ten per cent, while levy-payers have increased theirs by 20 per cent.

She added that the £750 million would cover the cost for about 85,000 apprenticeships which non-levy payers cannot fund.

But the Treasury has poured cold water on hopes for new funding, after they confirmed that yesterday’s budget offers no extra cash for the programmes.

There is still optimism, however, that more funding will be made available in this year’s spending review.