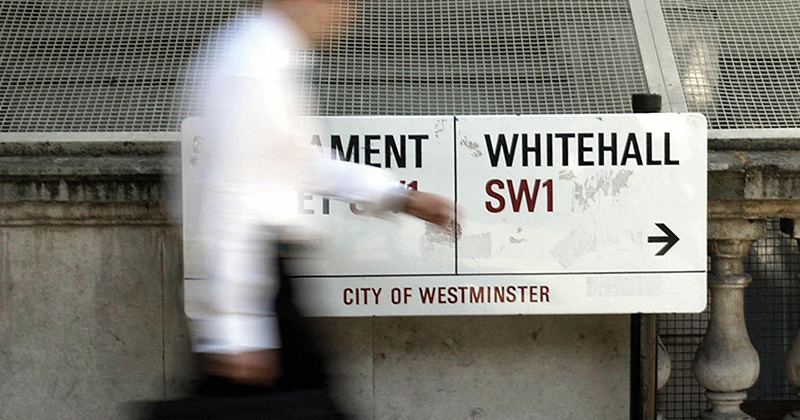 Whitehall is lapping up the MBA apprenticeship that the education secretary Gavin Williamson is “unconvinced” provides value for money, FE Week has found.

The Department for Work and Pensions told this newspaper it had 86 on the controversial programme, including those in the application process, while the Ministry of Defence has 17, with seven being “onboarded”.

And the Department for Digital, Culture, Media and Sport had two taking the level 7 senior leader apprenticeship standard with the Open University.

The Department for Education itself has 34 staff on the programme.

Several government departments – including the Home Office, Cabinet Office, and Department for Business, Energy and Industrial Strategy – said they had none.

Williamson made his comments in a letter to Institute of Apprenticeships and Technical Education chief executive Jennifer Coupland ordering a review of the standard last week, adding: “I recognise that looking again at this standard may be unpopular with some levy payers.

“Whilst respecting the decisions that employers make about which apprenticeships and apprentices are best for their organisation, I am of the view that we absolutely need to safeguard the integrity of the apprenticeship brand and value for money of the levy.”

Shadow further education minister Emma Hardy has gone further by calling for degree apprenticeship funding to be limited to people aged under 25, those without a first degree, and in sectors with skill shortages.

She told the Annual Apprenticeship Conference this week the government’s “rushed implementation of the apprenticeship levy has resulted not in an increase in apprenticeship opportunities for the most disadvantaged, but quite the opposite”.

The integrity of the apprenticeship brand is not being damaged

Ofsted chief inspector Amanda Spielman used her speech at conference to express concerns that doubling the number of higher-level apprenticeships in general between 20116/17 and 2018/19 is to blame for a 45 per cent drop in starts at level 2 during that period.

However, the chief executive of the University Vocational Awards Council’s chief executive Adrian Anderson has defended keeping the MBA apprenticeship as “apprenticeships have just as important, if not more important, role in developing new progression routes and higher-level occupations for under-represented cohorts” as supporting them into lower-paid jobs

He added that stopping the senior leader apprenticeship would have a “detrimental effect” on the NHS and police, which UVAC believes to be among the biggest users of the standard.

FE Week found several hospital trusts advertise the level 7 apprenticeship on their websites, and Health Education England, which oversees training for NHS staff, reported it has 13 staff on an apprenticeship with an MBA.

The Department for Health and Social Care does not have any.

“Government should be proud of the policy success of the apprenticeship reforms,” Anderson continued.

“The integrity of the apprenticeship brand is not being damaged. Apprenticeships are increasingly being seen as an aspirational programme and not just a programme for other people’s children.”

But degree apprenticeships like the senior leader standard, which has a maximum funding band of £18,000, have been criticised for taking up great chunks of the apprenticeship budget.

The National Audit Office said employers are developing and choosing more expensive standards at higher levels than was expected by the Department for Education, which was “absorbing” more public funding.

The Institute for Apprenticeships and Technical Education predicted in 2018 the levy could soon be overspent.