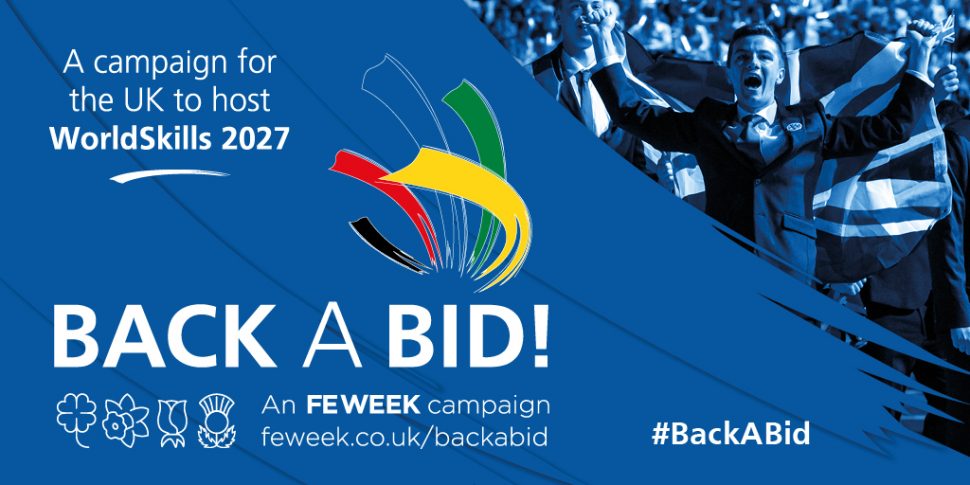 Momentum is building behind FE Week’s rally of support for holding the WorldSkills competition in the UK, after a leading employer membership organisation threw its weight behind the movement.

The Confederation of British Industry, which has over 700 member companies ranging from Shell to Greggs, has joined the #BackABid campaign, with chief policy officer Matthew Fell saying hosting WorldSkills “would unite the country in a race to the top on skills”.

#BackABid is gathering sector support for a bid to make the UK the host of the 2027 WorldSkills competition, where young people from around the globe will compete in vocation-based challenges.

China is due to host the next WorldSkills competition in 2021, while France has already been confirmed as the host of the 2023 tournament.

The full range of #BackABid supporters will be showcased to education secretary Gavin Williamson in early March, after which it is hoped he will commission a feasibility study on the return the country would get on its investment in the competition and how it aligns with public policy and skills policy objectives.

Williamson has told FE Week he is “looking forward to hearing the extent of the support for this from the sector”.

Big names which have already expressed their support include shadow FE minister Emma Hardy, who said the competition was “a wonderful opportunity for young people to highlight their skills and talents on the world stage”.

Association of Colleges president Steve Frampton said it would be “fantastic” to bring WorldSkills back to the UK, after it was last held here in London in 2011.

TV presenter and long-time supporter of the FE sector Steph McGovern called it a “brilliant way” to close the skills gap by showing people “the best of what is out there”.

Association of Employment and Learning Providers chief executive Mark Dawe has said it is the “right time” to bring the competition back to the UK.

And the chief executive of the Institute of Apprenticeships and Technical Education Jennifer Coupland said her organisation backs the bid, calling the possibility of hosting “incredibly exciting”.

But, he added, they would need to hear from the sector if there was broad support for one.

This triggered FE Week to launch its #BackABid campaign to find out whether colleges, providers and politicians would be in favour of hosting WorldSkills later this decade.

And we still need to hear the support from the sector, so if you wish to add your voice to the chorus of sector leaders backing a bid, visit FEWeek.co.uk/BackABid or comment on social media using #BackABid.