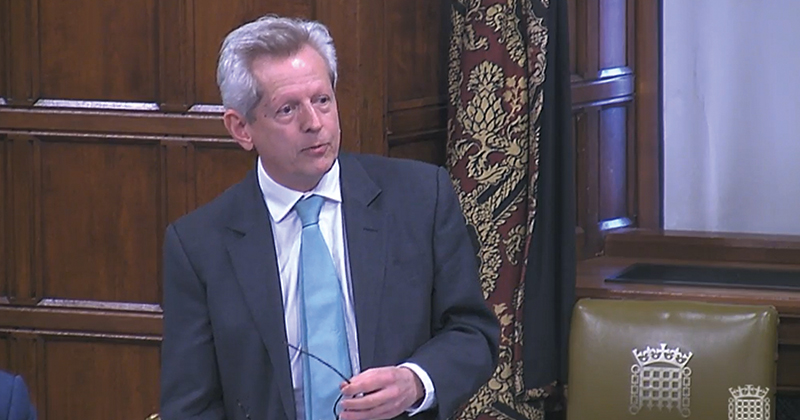 A Conservative MP has called for the “gap” at the Department of Education for a dedicated apprenticeships and skills minister to be filled ahead of an expected reshuffle this week.

The sector has been without a dedicated minister since the resignation of Anne Milton in July.

Since Boris Johnson’s election as prime minister, the FE and skills portfolio has been split between education secretary Gavin Williamson and junior ministers Lord Agnew, who serves as minister for the FE market, and Michelle Donelan, who is covering for Kemi Badenoch while the latter is on maternity leave.

This situation persevered through the Conservative election victory last December, and since then sector leaders have called for the issue to be addressed.

Federation of Awarding Bodies chair Paul Eeles wrote to Johnson in January to say while they have been “impressed” with Williamson’s engagement with improving FE, losing a minister has meant the sector “has lost a daily champion and reformer with whom we could effectively engage”.

This is in “stark contrast,” Eeles says, to schools and universities, who have dedicated ministers in Nick Gibb and Chris Skidmore, respectively.

Eeles encouraged the prime minister to appoint a dedicated minister “with a laser like brief, who is ruthlessly focussed on improving productivity, apprenticeships, skills and FE”.

Association of Employment and Learning Providers chief executive Mark Dawe, who was at today’s debate, said while they are pleased Williamson seems to have skills and apprenticeships at “the top of his agenda”, the level of partnership between the sector and government “necessitates the return of a dedicated minister”.

This is because the task ahead with the sector is “too big to rest” with Williamson when he also has other “major challenges” in education to address.

Johnson’s ministerial reshuffle is expected to take place on Thursday.

This afternoon’s debate was held just under three years on from the introduction of the apprenticeship levy. MPs from a number of different parties spoke about how their constituents perceived the policy and what problems they had faced with it.

MPs hoping the debate would give them advanced notice of any levy reforms in the upcoming budget left disappointed, though.

Education select committee chair Robert Halfon asked education minister Michelle Donelan, who was representing the government in the debate, whether she had any figures about apprenticeships from the Budget, which is due to be held on 11 March.

Donelan said Halfon gave her “more credit than my position owes,” as she does not set the Budget; but assured him they are keeping “everything under review” and the levy is worked on by both the DfE and the Treasury.

She added they will be looking at the impact the levy has on businesses, social mobility and “opening up apprenticeships in the long run so we can make sure it is not only sustainable, but it opens door after door for young people and older people”.