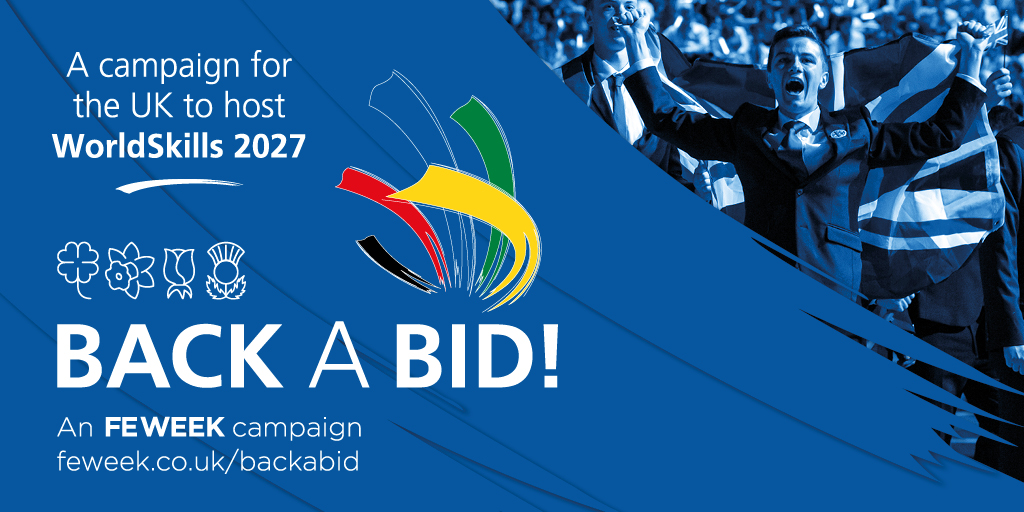 Everyone should support efforts to host the WorldSkills international competition, says college leader and former psychologist to Team UK, Jo Maher, because the benefits to UK plc are far-reaching and promote economic growth

My role as psychologist and team leader for WorldSkills Team UK meant that I was lucky enough to attend five international skills competitions all over the world. It is widely known that I think WorldSkills is a transformational experience for competitors, and that world-class standards need to be the benchmark for our skills system.

However, I have never spoken about the competition itself as a major event, nor the wider economic and cultural benefits that hosting a WorldSkills competition event can bring to the host nation. In line with FE Week’s ‘Back the Bid’ campaign, I hope to offer some insights and reflections on the wider economic returns an event of this scale can bring to the UK, and how home advantage can benefit competitors.

Why wouldn’t we back a bid?

Many of you will have attended WorldSkills UK Live (formerly the Skills Show) at the NEC in Birmingham, or have been to another large event at the venue that you can picture. In terms of scale, it is not an exaggeration to say that on the international stage for WorldSkills, you can multiply the size of the event by four to get a feel for why I refer to it as a major event.

Every WorldSkills competition is supported by a full conference-style exhibition. At WorldSkills Kazan this was an Expo, and the event included 137 strategic partners and suppliers – among them, Samsung, Coca-Cola, Siemens and Volvo.

The Department for International Trade (DIT) in the UK drives inward and outward investment, and we know that even with technological changes it is people that ‘do’ business, with face-to-face still being the preferred way to make things happen. Bringing together delegates from over 60 countries at WorldSkills, as well as global companies and suppliers, with structured visits from UK plc, creates a platform for business. Host venues normally ensure official delegates and politicians from each country are able to host breakout meetings in the venues. The setting creates the opportunity for businesses to engage with each other – but also to promote their business to over 100,000 people at the same time.

One School, One Country is a program that each host nation runs at WorldSkills in the week before the event, connecting each of the 60-plus countries with schools from across the host country.

The international competitors and support staff engage in cultural exchange and careers programs with the school. Work happens in the months prior to the competition to create meaningful engagement, and the visits are a celebration of the relationship. The aim is to create a legacy around skills competition and to raise career aspirations.

A cultural programme for competitors and support staff takes place in the build-up to the competition, as well as on the day after (while the marking takes place).

The cultural programme promotes tourism and heritage and has benefits to the host companies involved through on-sale activity. In addition, there are thousands of supporters who travel from abroad to watch the competition, and who engage in tourism- and hospitality-related activities while in the country.

Blue chip companies, such as Toyota, enter teams from their sites across the globe. In many cases, their competitors then become their internal trainers to raise standards for their company and to develop skills. The work of FETL and the RSA and WorldSkills UK demonstrates how skills competitions can be used as a platform for global skills innovation. WorldSkills creates communities of knowledge which use world-class standards as a base point.

In competition, world-class serves as the benchmark for a medallion of excellence, but gold medal standard is the pinnacle. Therefore, it is no surprise that some of the world’s best companies want their employees to operate at these standards.

The benefits to UK plc for hosting WorldSkills international competition are far-reaching and promote economic growth. Add in the transformational impact on competitors’ lives and why wouldn’t we back a bid?