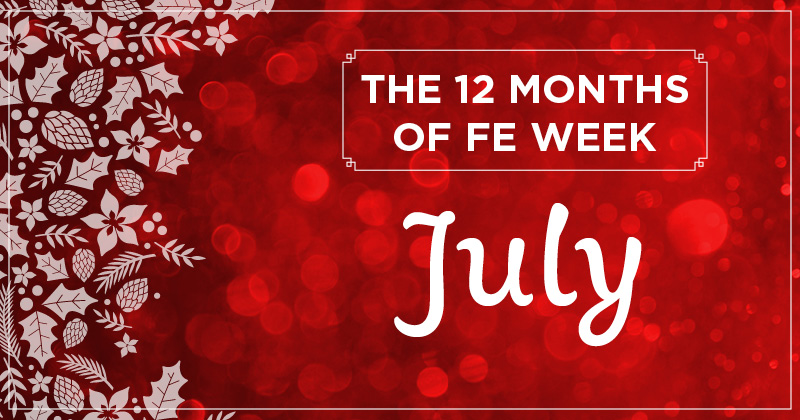 For the last 12 days of 2019 we’re running back through the previous 12 months of FE Week. Here’s what July involved…

There was bad news for the sector this month after FE Week found only seven per cent of college principals were from a Black, Asian or minority ethnic background. Our analysis also showed that three out of nine English regions had an all-white set of principals.

Further outrage struck in the sector when the ESFA demanded all subcontracting contracts, for both adult education budget and apprenticeship funding, include for the first time a “list of individually itemised, specific costs for managing the subcontractor”.

Mark Dawe, chief executive of the Association of Employment and Learning Providers, said a “simple solution has been ignored and instead, this immensely bureaucratic process appears both out of the blue and shockingly late in the day”.

Meanwhile, it was good news as Energy Coast became the second-ever ‘outstanding’ UTC, and FE Week sat down with Milton Keynes principal Julie Mills, who spoke about completing a PhD on prison staff, the college’s institute of technology and some of the other 400 ideas she has “every day”.

In the last issue of the academic year, we also featured the principal leading the first sixth-form college to become a converter academy.

Matthew Grant, from Priestley College in Warrington, described what he felt was the key to success: “Where I’ve heard there might be issues with academising is where a sixth-form college has joined an existing academy trust and all the trustees are already in post, all the policies are there, and there’s no opportunity to influence the culture or the way it operates.

“We’ve ensured our trustees didn’t come mainly from one organisation within the trust.”