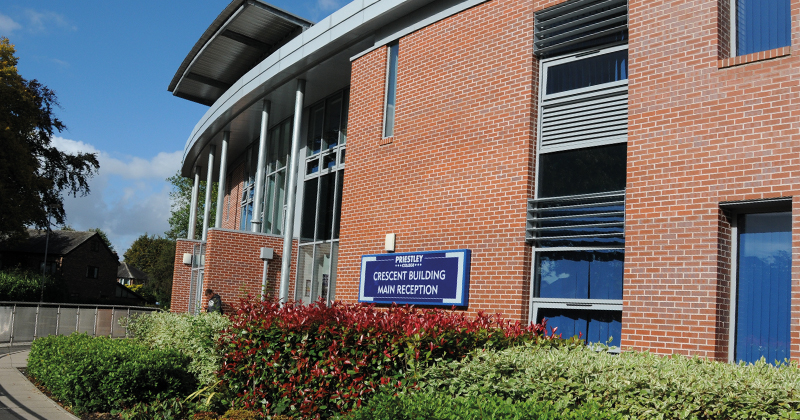 With the government about to reopen the window in which sixth-form colleges can academise, Jess Staufenberg asks how the process has worked out for the first principal who did so.

Matthew Grant, the principal of Priestley College in Warrington, was awoken at 7am by two texts: “Let’s do it”, was the gist of the messages sent by a couple of secondary headteachers.

It was 2016, and the day after the government announced that sixth-form colleges could academise and form a trust.

Priestley College lost little time in becoming the first in the country to become a converter academy, though it has kept its full name. 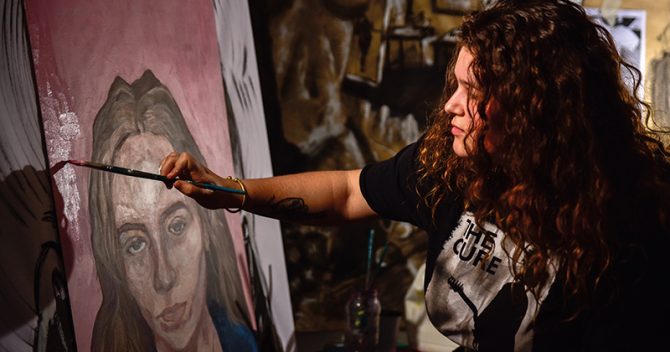 The aim was to lift the attainment of pupils and to secure the financial viability of the institutions in the trust. Has it worked?

The question comes at a pertinent time for sixth-form colleges (SFCs), because the government is set to re-open the window in which they may academise.

Converting and therefore not having to pay VAT has been possible for nearly all SFCs for four years now, but the window of opportunity closed in March, when the £726 million restructuring fund designed to help colleges implement area review changes ended.

Since then, the Sixth Form Colleges Association (SFCA) has campaigned for an end to the “arbitrary” deadline and, as FE Week reported last month, their wish looks likely to be granted.

Many already have, according to SFCA: up until February this year, 23 SFCs had academised, of which three are in single academy trusts, and five have joined existing multi-academy trusts; the other 15 have helped set up academy trusts.

A further 54 SFCs remain private corporations – at least for now.

Grant believes that being instrumental in setting up the academy trust was key to the success of not just the college, but also the trust.

“Where I’ve heard there might be issues with academising is where a sixth-form college has joined an existing academy trust and all the trustees are already in post, all the policies are there, and there’s no opportunity to influence the culture or the way it operates.

“We’ve ensured our trustees didn’t come mainly from one organisation within the trust.”

Although there are 55 sponsors of academy trusts from the “FE sector” in England, according to government data (some of which are sixth-form colleges), Priestley College is not one of them.

Making the Challenge Academy Trust sponsor-led would have given Priestley College sole responsibility for improving the other schools; instead, a central team drawn from all eight institutions in the trust is collectively responsible for driving improvement.

“If we were the ones sponsoring the trust, there would be a very limited pool of people with expertise outside 16-19,” explains Grant.

“I’m not putting my teachers in secondary schools telling them how to do key stage 4! If you’re the sponsor, you’ve then got to buy in people to help those schools, like external consultants. But they can walk away.” 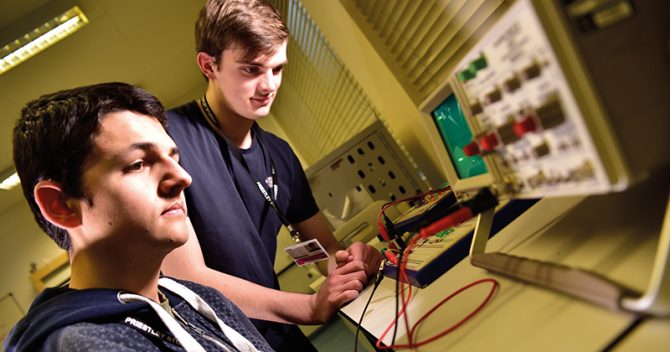 Bill Watkin, SFCA chief executive, says that colleges that decide to become sponsors often face a “moral conundrum” about whether to second their subject experts to failing schools or “protect the mothership” by ensuring their own students still have access to the best experts.

“If a college does engage in outreach work, it needs to make sure there is sufficient personnel so you don’t take your eye off the ball at home.”

By not being the trust sponsor, it seems to me that Priestley College has the right amount of influence within the trust without too much responsibility.

The college has worked in equal partnership with all schools in the trust and has not had to buy in consultants, Grant points out.

That has left the formerly incorporated college to advise on what it knows best: financial acumen.

Under Grant’s guidance, all the schools moved to new payroll providers, a new insurance company, and appointed new internal auditors.

A number of schools have new contracts with a catering provider and new photocopier contracts.

Surely this is the stuff of academies that minister Lord Agnew’s dreams of.

“With some of the existing contracts I was thinking, ‘How did you manage to sign this?’,” says Grant.

Grant is clear the VAT is peanuts in comparison to the real financial boost, which comes from increased student numbers. Again, Watkin echoes him.

“The saving on VAT is usually swallowed up in the running costs of the college anyway. When it gets its VAT money back, it often just means it can now afford to repair its buildings.”

The real win for Priestley College, which has almost 2,000 learners, is that it has a 7 per cent increase in student applications for next year.

Recruitment problems in certain subjects, such as modern foreign languages, can also be tackled early on: the two primary schools have a focus on languages that will secure a “supply chain” of learners in later years, says Grant. 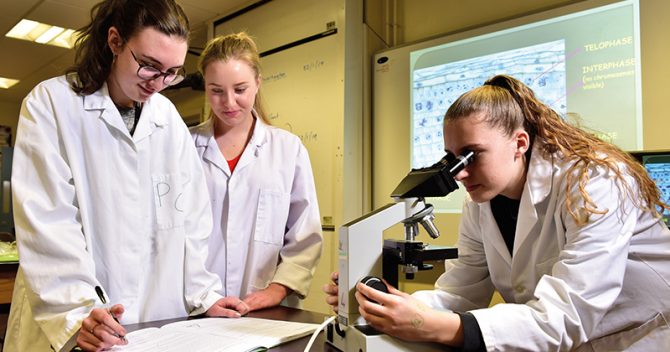 The drive for efficiency across the trust has also had a clear impact: one of its secondaries, Bridgewater High School, is closing its sixth-form this year, meaning that 30 students will be looking for post-16 places in Priestley College or elsewhere.

This year about one-third of post-16 learners across Warrington moved to the college, and about half of students from the trust’s five secondary schools did so.

“That’s more than we used to get,” notes Grant.

The beneficial impact appears to be mutual. SATs results across the primaries, which have not yet been released, have improved, says Grant.

With its large staff body, Priestley College has also contributed significant expertise to the trust’s English, maths and science hubs.

Watkin is clear that sixth-form colleges are “often seen as a major asset to a trust, because although they sit in the FE sector, they teach a schools curriculum, including A-levels.”

Their average size of 2,000 learners allows sixth-form colleges to boast of a broad A-level offer, another bonus for the trust’s image.

There’s so much to gain from forming a trust

Priestley College has been rewarded for its efforts with a grade 2 at its latest Ofsted inspection in May.

But Grant says that conversion hasn’t all been plain sailing.

The main issue has been administrative, with the Education and Skills Funding Agency demanding “a lot more” information returns from the college.

A new unique reference number also led to delays to adult learner loans and a mix-up with progress data.

But the greatest frustration is that not everyone understands what an academy converter sixth-form college is, says Grant.

He describes the recent Ofsted visit: “The inspector said, ‘The ESFA and the FE commissioner will be in touch’. I said, ‘You mean the regional schools commissioner?’ A lot of exam boards, the ESFA and Ofsted – they’ve struggled to understand exactly what we are.”

But for him, it’s a minor drawback.

“There’s so much to gain from forming a trust, I don’t know personally why people wouldn’t.”

As the window to academise looms closer, Watkin reflects: “Sixth-form colleges won’t be thinking about academisation as a financial escape route. It’s about working more closely with local schools and exporting their strengths.”