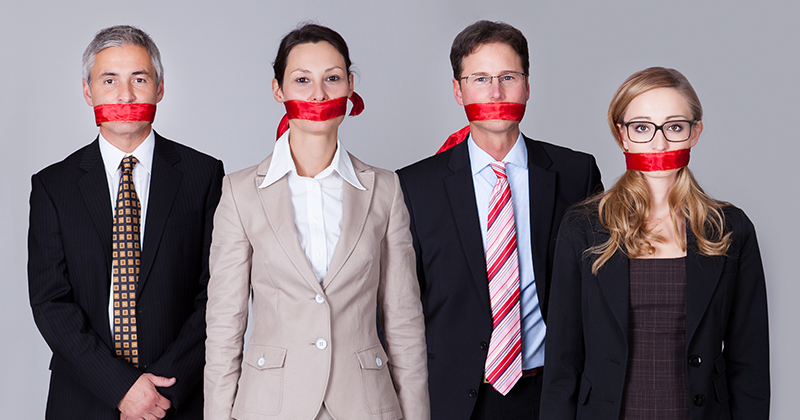 Non-disclosure agreements (NDAs) are often perceived as a tool to suppress or cover up inappropriate behavior, writes Tom Long. But do they deserve their shady reputation?

This week, FE Week revealed an investigation into Hull College’s alleged extensive and inappropriate use of NDAs. It follows reporting earlier this year by the BBC that universities were misusing them, and by Schools Week that their use is on the rise in large multi-academy trusts.

In the wake of the #MeToo scandal, public awareness about NDAs has grown significantly, but they are shrouded by an air of mystery and suspicion. At their base level, they are simply tools to ensure confidentiality. This could be through the drafting of a standalone agreement, or through a confidentiality clause as part of a wider settlement agreement, which compels two parties to hold information confidentially.

In practice, these types of clauses are most often used when an employer terminates someone’s employment and there needs to be a level of certainty that the exiting individual won’t use any insider information to damage the business or won’t make any derogatory comments about their former employer, for example. By signing a settlement agreement, in return for a payment, the employee waives all claims against their former employer.

NDAs become problematic when there are background circumstances around the termination of employment which are covered up, and the employee is left feeling ‘gagged’ and unable to expose mistreatment.

The idea of simply paying someone to prevent them from telling their story resonated with the public and fuelled scrutiny around the widespread misuse of NDAs as a result of the #MeToo scandal. To see this affecting one college prominently this week, and perhaps others, is concerning.

Their use in the education sector is by-and-large no different from any other industry. They are a standard tool used by employers when terminating employment contracts. However, because of the large amounts of public funding received by education institutions and their status as public organisations, higher standards of behaviour are expected when taxpayers’ money is at stake.

Their alleged misuse has cast them in a bad light, but NDAs form a perfectly normal part of business, particularly where there are genuine commercial reasons for including a confidentiality clause in a settlement agreement. Employers should however assess carefully, on a case-by-case basis, whether to use a confidentiality clause and what information it should restrict.

If in the serious situation that the employee has been subject to harassment or discrimination, employers should think long and hard about whether it is appropriate to put in place an agreement which would prevent them disclosing their treatment.

Instead, if there are genuine commercial reasons to seek some confidentiality provisions as well as allegations of discrimination or harassment, it would be wise to state that an additional, separate, investigation is ongoing to provide reassurance that the allegations are being taken seriously.

Individuals can disclose information as whistleblowers under the Public Interest Disclosure Act 1998. However, this is narrow in scope and permits them in most circumstances only to talk to their employer, which is not entirely helpful.

NDAs are firmly on the political agenda and tweaks to the legislation are likely on the way following a government consultation. Rather than full reform, the amendments would expand disclosure rights, allowing employees to take any sensitive information to the police, healthcare professionals and legal advisers.

Updates are also going to be accompanied by widespread guidance, from parties such as the Equality & Human Rights Commission, ACAS and the Solicitors’ Regulation Authority – to ensure that individuals are receiving the best possible advice when faced with a confidentiality clause.

NDAs – and confidentiality clauses – are here to stay and they play an essential role in many everyday business operations. Unfortunately, their alleged misuse in the education sector and beyond has made them a focus for public distrust. Education institutions must tread carefully to ensure they are using them in the most legitimate and effective manner.