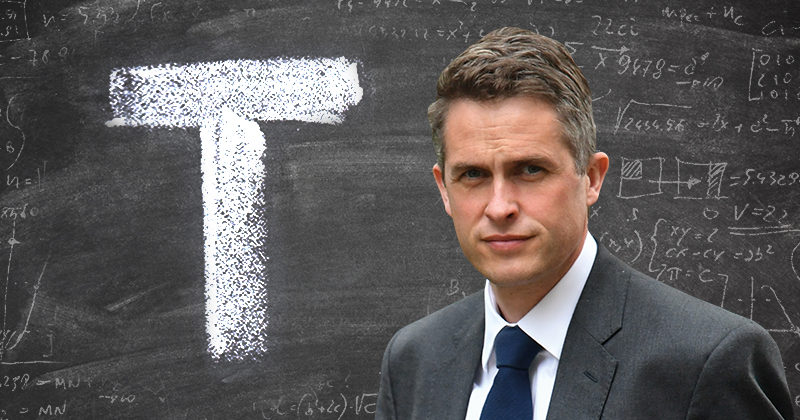 The education secretary’s former sixth form college has pulled out of offering two T-level pathways ahead of their launch next year, according to the Department for Education.

Officials said today that Scarborough Sixth Form College, where Gavin Williamson studied, will no longer deliver the construction or digital pathways in 2020.

They have will also no longer take part in the T-level transition programme, as they “feel it would not suit its students”. The college still plans to offer the education and child care pathway.

“It is proving difficult to secure sufficient work placements”

Principal Phil Rumsey has contested part of the DfE’s announcement, claiming that his sixth form college had “never planned to offer the construction pathway”.

He told FE Week that Scarborough Sixth Form College has decided not to offer the digital pathway in the first year as, “due to our geographical location, it is proving difficult to secure sufficient work placements to meet the demands of the digital T-level and it is also difficult recruiting good quality teachers in what is a shortage subject”.

“We will continue to only offer courses that allow our students to achieve the best possible results and progress to a high-level destination,” he added.

“We currently have an outstanding level 3 course provision in child care and education, results for which were again in the top 20 per cent nationally this summer so we are completely confident in our ability to offer the equivalent T-level next year.”

The DfE said today that the Grimsby Institute of Further & Higher Education, which was already set to offer the education and child care pathway from next year, will now also deliver the digital pathway.

“We always expected there to be a certain amount of fluctuation of providers, and the pathways they offer, as we progress towards September 2020,” a DfE spokesperson said.

Both Grimsby and Scarborough College have been approached for comment.

The changes mean there will still be 50 providers in the first wave of T-levels delivery.

But those set to pilot the transition programme has dropped to 36.

The changes come at an awkward time for Williamson, who studied A-levels in history, British government and politics and economics at Scarborough Sixth Form College, after he pledged yesterday to “supercharge” FE and overtake Germany in technical education over the next 10 years.

Making a success of T-levels will be vital to this plan, but they’re expected to have a difficult rollout.

Senior leaders in FE have long expressed concern that young people, especially in rural areas, will be unable to pass the T-level owing to a lack of local and lengthy placement opportunities.

The DfE added some flexibilities earlier this year, including allowing multiple placements at different employers, but some fear this does not go far enough.

In January, the chief executive of the Institute for Apprenticeships and Technical Education, which has taken on responsibility for T-levels, reiterated his concern that the delivery timeline is still “worryingly tight” even though everything is “on schedule”.

Williamson’s predecessor, Damian Hinds, then rejected a request from the DfE’s permanent secretary, Jonathan Slater, for another year-long delay rejected in the first ever ministerial direction issued by an education secretary last May.

Today’s changes are not the first to affect the T-levels wave one provider list: Big Creative Training and the London Design and Engineering UTC were removed in February.

And in October 2018, the DfE removed three schools from the first wave after one received a low Ofsted grade and two others “decided not to” take part. It also added Suffolk New College to the list of those delivering T-levels.

“Right from the start, we committed to taking a phased approach to the introduction of T-levels so they can grow in a managed way,” the DfE spokesperson said today.

“This means that young people, parents and employers can be confident that the courses on offer will be high-quality, will provide the skills students need to progress, and provide industry with the workforce it needs for the future.”