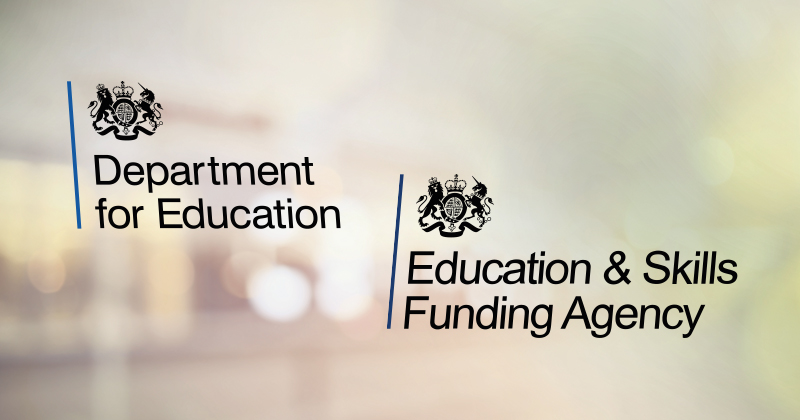 Both the Department for Education and Education and Skills Funding Agency have today published their annual accounts for 2018-19, revealing huge college write-offs, rising fraud allegations and an increase in civil servant bonuses.

FE Week has trawled through both documents and pulled out the main findings:

Eleven colleges have had a total of £57.8 million written-off, the majority of which related to waiving exceptional financial support loans. Much of it was to support 55 mergers throughout the year.

The biggest was for Lambeth College, a grade three institution which had £10.6 million waived and has been dependent on taxpayer bailouts since 2017/18.

The full list of colleges and how much they had written-off is:

2. …while UTCs had almost a million in re-brokerage debts forgiven

Two university technical colleges, Heathrow Aviation Engineering and UTC Plymouth, had £994,000 in re-brokerage debts forgiven by the DfE between them.

This was to facilitate the two being transferred to an academy trust, the practice known as ‘re-brokering’.

National College Creative Industries had £455,000 of sunk costs expended on a building project written off because, a spokesperson said, it had to pause the project until student numbers increased.

FE Week reported in June the college was seeking partner organisations after it only recruited 167 learners over the previous 12 months, despite setting itself a target of 1,000 learners by 2021.

4. DfE chief operating officer and 5 ESFA bosses received up to £15,000 in bonuses

Mike Green, who is also director-general of the department’s operations directorate, was one of two DfE civil servants to get a bonus this year – receiving between £10,000 and £15,000.

More exact figures are unavailable because the bonuses are only published in £5,000 brackets.

His was the largest bonus of the two, the other being a payment of between £5,000 and £10,000 given to deputy permanent secretary Indra Morris.

ESFA chief executive Eileen Milner’s bonus was for up to £5,000.

There is a risk, according to the DfE, “a number” of FE colleges are not financially resilient enough to make long-term investments required to support their local economy and offer government priority programmes.

The ESFA’s accounts said an increased demand for apprenticeship funding in future years has the “potential to place pressures on funding provided by the apprenticeship levy” and budget pressures will be “explored through the Spending Review process”.

It comes after the Institute for Apprenticeships warned of a potential overspend in December.

6. 27 colleges subject to formal intervention due to poor financial health

This comes after the insolvency regime came into force at the end of January, which has already caused Hadlow College to fall into administration.

During the year there were 101 allegations of fraud against colleges and training providers, up from 55 in 2017/18.

Of this year’s allegations, 62 were closed but 53 were carried forward.

The ESFA said significant growth in concerns relating to FE providers is reflective of the number of new entrants to the register of apprenticeship training providers.

8. ESFA underspent by £500m largely due to apprenticeships and adult education

The agency’s total outturn was £57 billion against a budget of £57.5 billion, a 1 per cent underspend.

The underspend of £661 million on resource grants included: £489 million underspend on apprenticeships.

“This is only the second year since the introduction of the new funding mechanism and there has been a lower level of starts than originally anticipated,” the ESFA said.

“The budget itself was set in 2015 and given the scale of the change to the programme, variances to the budget were expected.”

9. The DfE made a mysterious out of court settlement

During the year, the DfE settled a dispute out of court with a third party, costing £3 million. The accounts give no information about who the third party was, or the nature of the dispute.

10. The ESFA expects to lose staff in a ‘no deal’ Brexit

The ESFA is preparing to “deal with a reduction in workforce” if the UK leaves the European Union with a deal and “staff are seconded to other government departments”. The accounts say the agency has agreed “where work could be slowed down or paused” in this case.