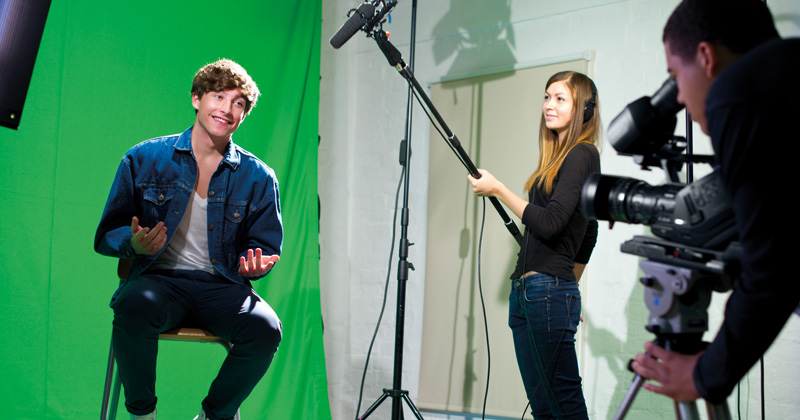 A national college is seeking partner organisations after struggling to recruit learners and scraping through 2017-18 with a government bailout of over half a million pounds.

The National College Creative Industries (NCCI), which opened its doors in 2016, has become the second of the flagship institutions to require a Department for Education hand-out to sign off its accounts as a going concern for last year.

The DfE has also re-profiled loans and deferred the repayment start date from March 2019 to March 2023.

However, funding support after July 2019 is under review and the accounts state that the college’s financial stability depends on income generation through the rapid development of its learner numbers over the next three years.

The NCCI has a target of over 1,000 learners by 2021, but has struggled to attract students to its courses, which include level 3 and 4 diplomas, and apprenticeships between levels 2 and 5.

Over the past 12 months, NCCI only provided to 167 learners, despite telling FE Week in October that it was confident 450 learners could be recruited for 2018-19.

The college is now looking for potential partners as part of a structure and prospects appraisal, as revealed in an answer by skills minister Anne Milton to Labour MP Jon Trickett.

An NCCI spokesperson said: “One of the challenges as a start-up organisation is to grow quickly, which is why the NCCI is seeking partners to support this growth.

“By partnering with established organisations already operating in the creative industries sector, NCCI will be able to extend its reach and grow its capacity in line with its strategy and the national college programme policy objectives.”

The college is hoping to have partners in place by the start of the 2019-20 academic year.

Prospective partners had five working days to submit their expression of interest.

However, NCCI refused to share any additional details of the process or potential partners, as it claims these are commercially sensitive.

The college is based at The Backstage Centre in Thurrock, Essex, which it describes as a “world-class venue”.

It financial health rating is “inadequate”.

The spokesperson said the college had a planned operating deficit for the first four years of operation “as part of its start-up status”.

The fast recruitment of new learners will not be helped by the news NCCI’s classroom achievement rates for 2017-18 were just 50 per cent.

A college spokesperson said it is “fully aware” of the issues around classroom learners’ achievement rates, and it took “active steps” to address these issues prior to the start of the 18-19 academic year.

Achievement for 2018-19 is currently sitting at 92 per cent, the spokesperson claimed.

NCCI has never been inspected.

An Ofsted spokesperson told FE Week the college would be inspected in line with its schedule, but they would not be drawn on timings.

The provider isn’t the only national college to have required a DfE bailout: the National College for High Speed Rail (NCHSR) needed £4.55 million to sign off its 2017-18 accounts, as well as a £3.6 million capital loan.

Accountants for NCHSR, which has links to the controversial HS2 project, forecast a £7.5 million shortfall over the next seven years.

In November, the DfE launched a tender for a supplier to evaluate the National Colleges policy to identify what has gone wrong with the scheme.

The evaluation started in January and is expected to finish later this month.